One student who’s benefited greatly from Aspire is former Torquay Academy student Nicole Ross. Working closely alongside the team at Torbay Hospital, Nicole’s succeeded across a variety of work placements. First starting as an Administrative Assistant in the hospital’s Pathology department, Nicole then assisted the Healthy Lifestyles team across Torbay, before her third placement working as a porter transporting specimens and notes. 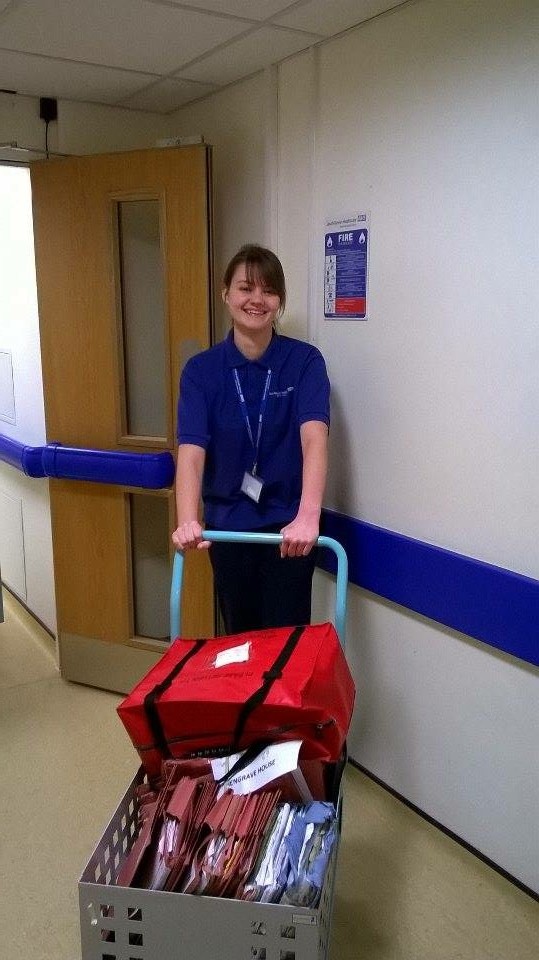 Since starting her placement Nicole has thrived becoming a valuable member of the team and gaining confidence at the same time. Since finishing the programme, Nicole completed her patient handling training and after a 12 month paid traineeship has gained permanent employment at the hospital.

Following on the success of Nicole is fellow Aspire student and Torbay Hospital employee Michael Powell. Since leaving school Michael has been working non-stop as well as perusing continuing professional development before joining Aspire. The team at Aspire were quick to realise his strong work ethic and potential, selecting Michael for a work placement as Housekeeper on the Hospital’s Forrest ward. Becoming an important member of the team, after just three weeks Michael was informed of a vacant paid housekeeper role and encouraged to apply. After submitting his application Michael successfully secured the job and enjoyed his first shift on New Year’s Eve – dedication!

From joining the Aspire programme Michael has made huge improvements socially, growing leaps and bounds in confidence. Michael recently moved into his own place helping to gain added independence.

Since Aspire first launched in 2011, no other intern has gained paid employment in such a short time, with Michael’s great achievements recognised by earning nomination for Achiever of the Year at the 2017 Disability Confident Awards. 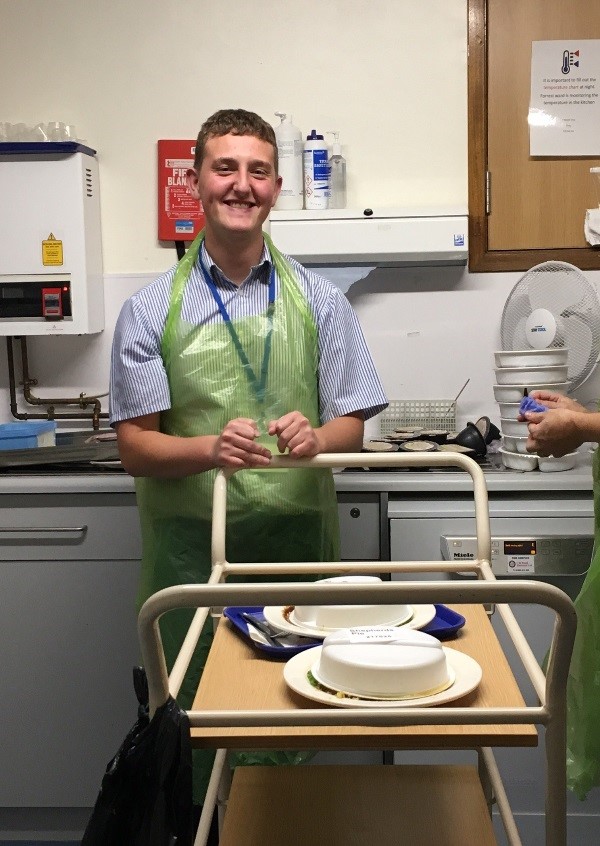 Torbay Hospital continues to provide several career pathways for Aspire students both past and present. Another student who has benefited from the programme is Paul Mitchell. After his initial placement in the hospital’s Transfusion department, Paul wrote an expression of interest for a permanent paid role and gained an interview.

The interview stage proved challenging in its own way as Paul says, “I could bring support to the interview if I wanted, but I felt confident enough to go alone. The interview was nerve-racking, but I’d received some interview technique training from Aspire which helped.”

After clinching employment, Paul has developed his own skill sets taking responsibility for incident reporting within the department and even delivered face-to-face training to others on the electronic blood tracking system the hospital uses.

When not busy at the hospital, Paul finds the time to volunteer one evening a week at Phab – a local charity helping to inspire children, young people and other adults with disabilities. Paul adds, “Since I got my job I’ve grown in confidence. I’ve recently presented to a large group at the local Rotary Club to secure funding for Phab and have been invited to the House of Lords with other representatives from across the Country”.

Through the Aspire programme disadvantaged students from across the South Devon region are discovering the wide range of opportunities available to help gain the necessary skills for future employment.

The recent group join many other Aspire students such as Lewis Wilson, Alex Stanbury and Joshua Barker who continue to reap the benefits of their hard work within the programme.