After much hard work and anticipation, students from a range of creative, artistic and technical degree programmes at University Centre South Devon (UCSD) have put their work on display for the public to see or interact with. The exhibition is called ShowCreate and is hosted annually to show off what students have produced both in their own time and as part of their coursework.

There were many extraordinary displays of work requiring intricate detail and patience to produce and the same again just to put up for presentation. Incredible attention to detail was admired across the entire exhibition, whether the pieces were hand drawn, digitally created, made as a computer generated 3D model or virtual world in some cases. The range of practises and the level they were executed at was impressive to say the least and show great promise for the next wave of creatives venturing into the world of work or pursuing more qualifications. There was certainly something for everyone at the show. 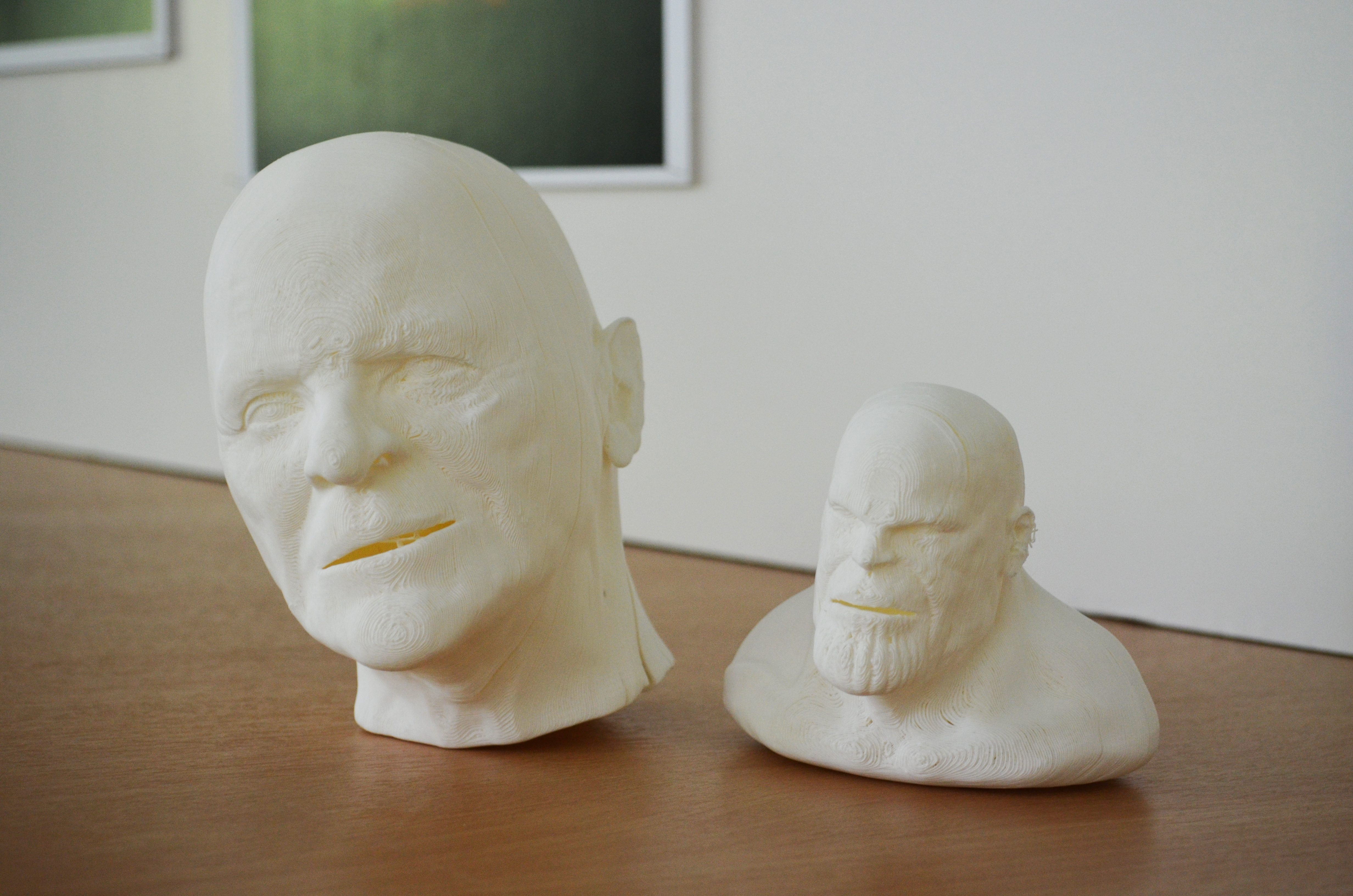 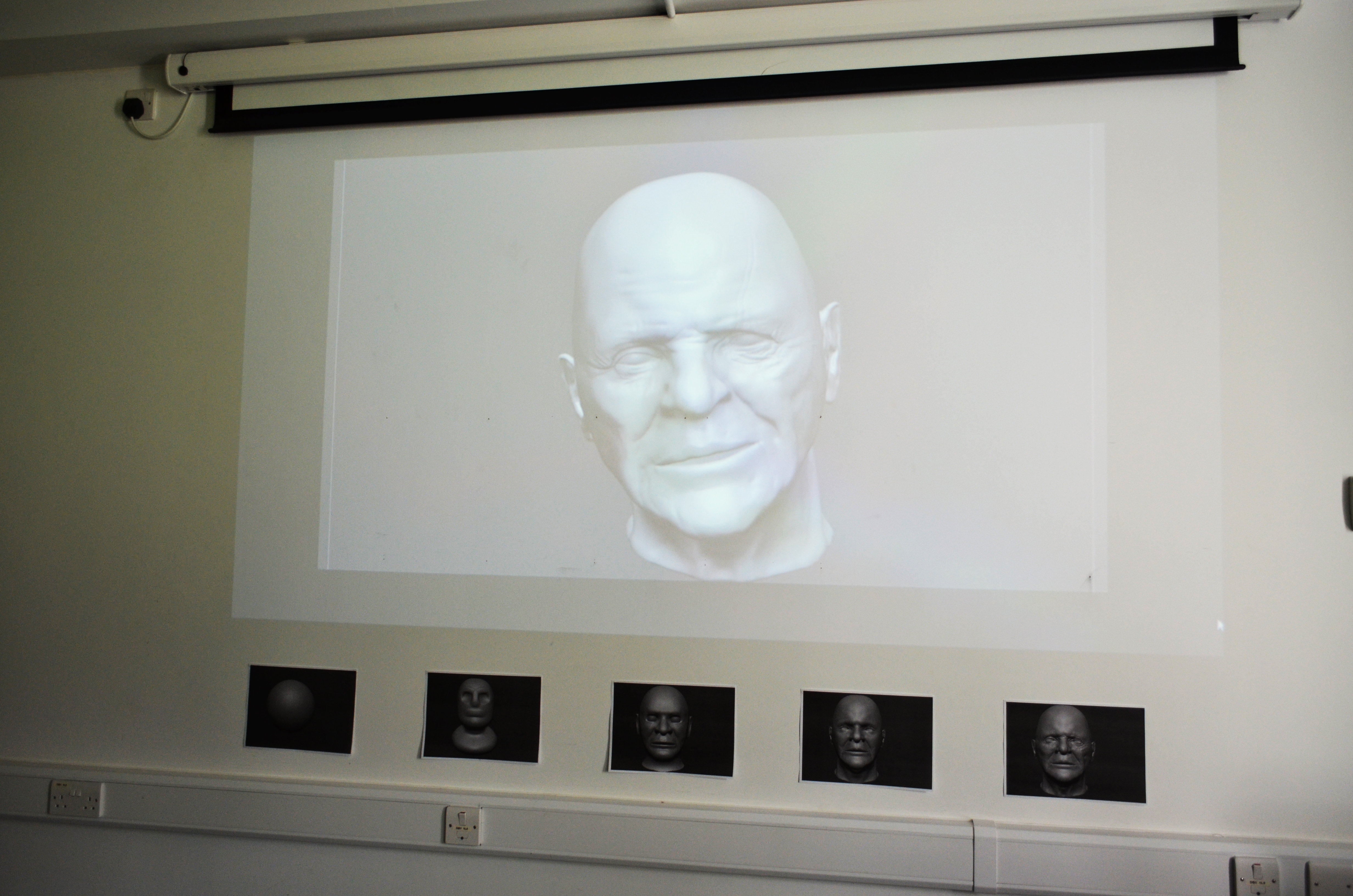 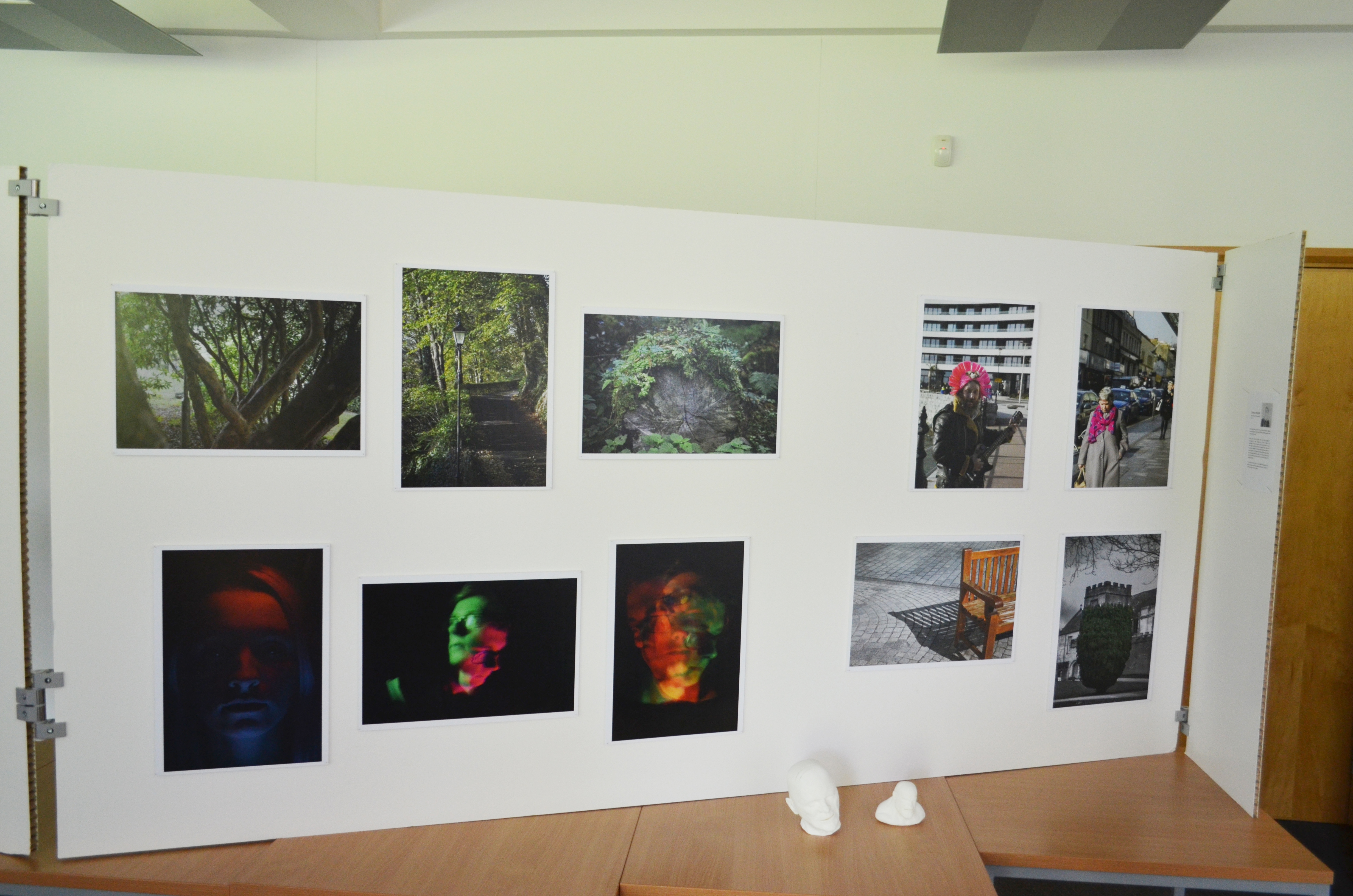 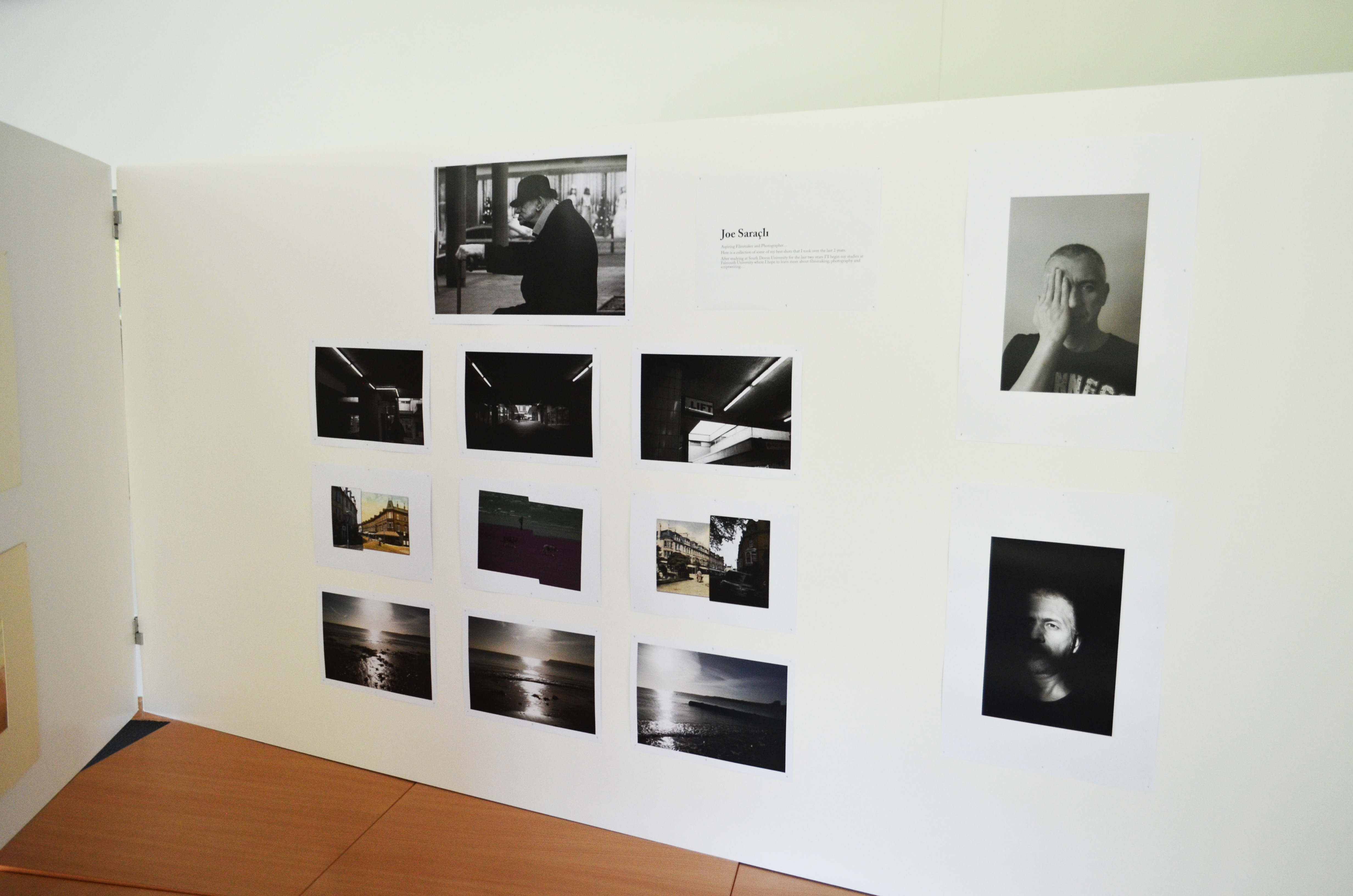 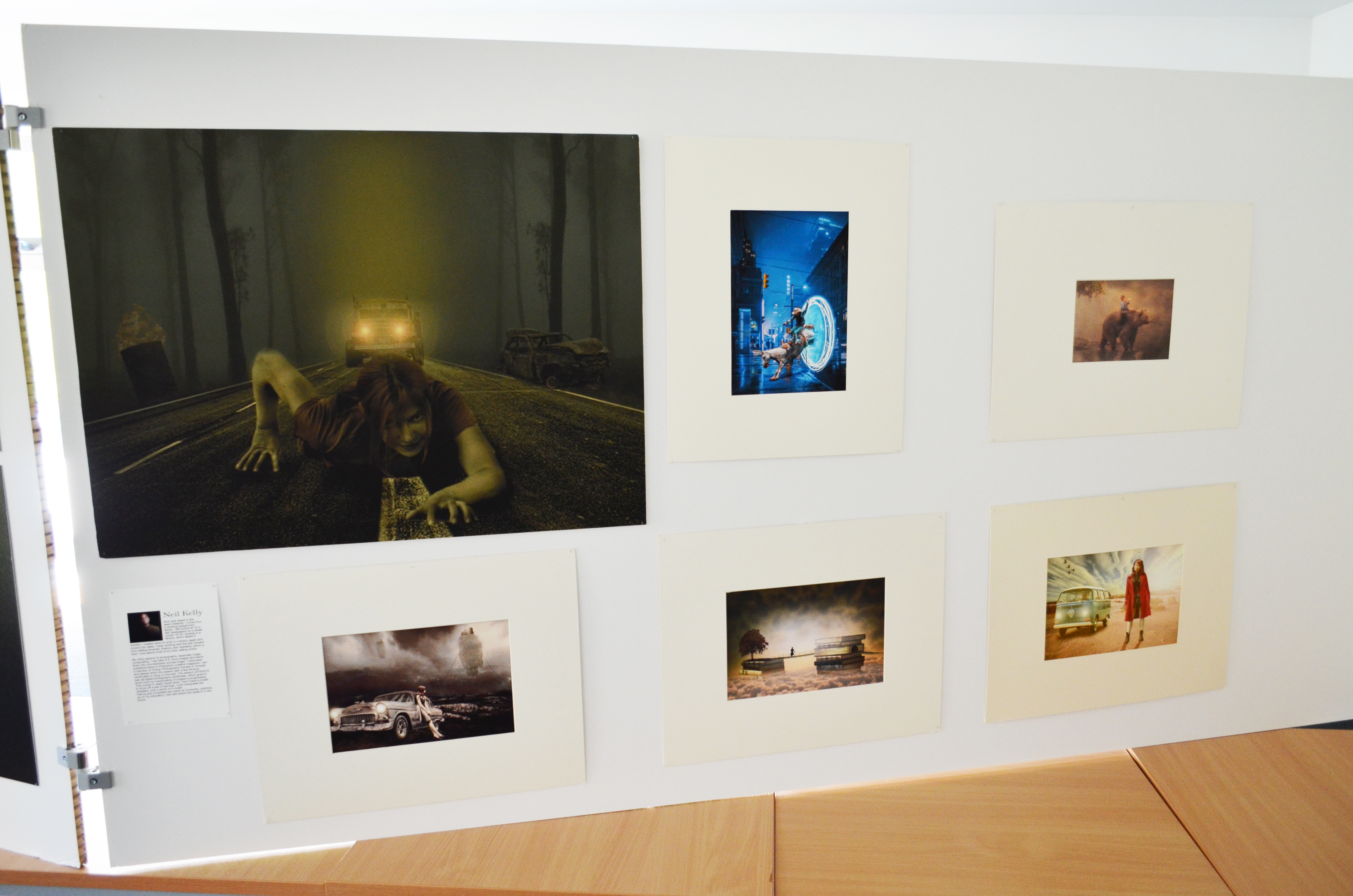 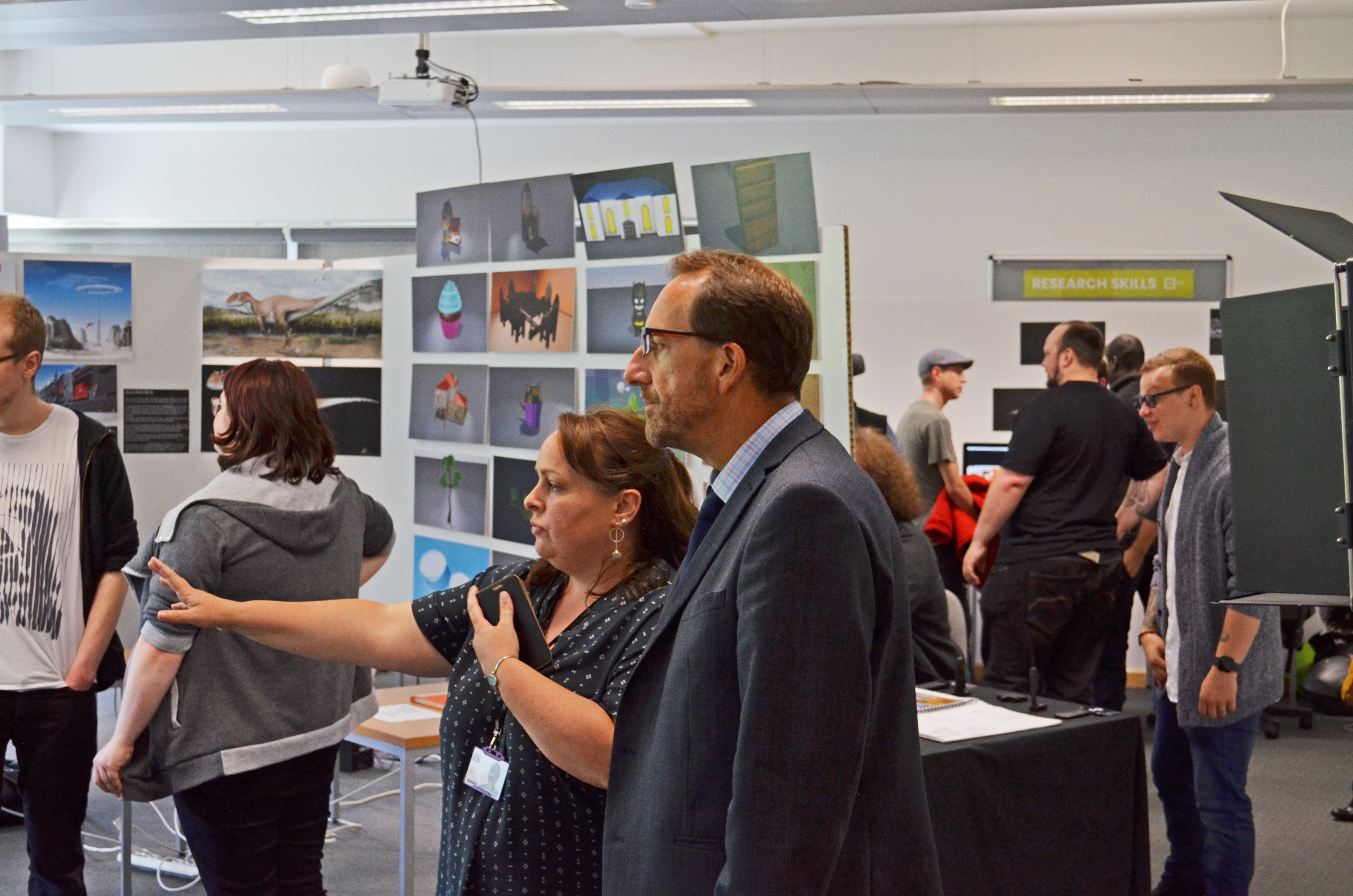 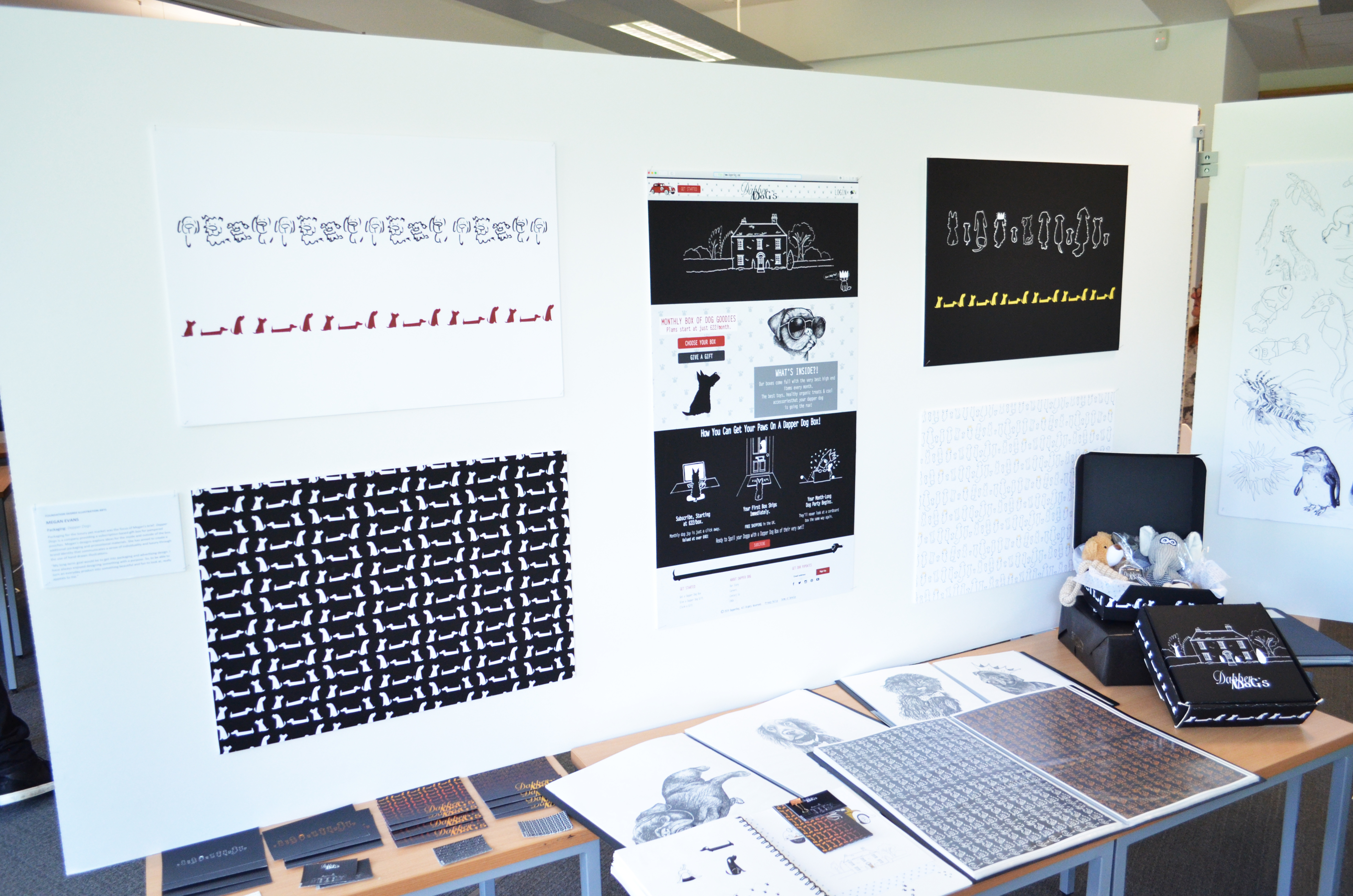 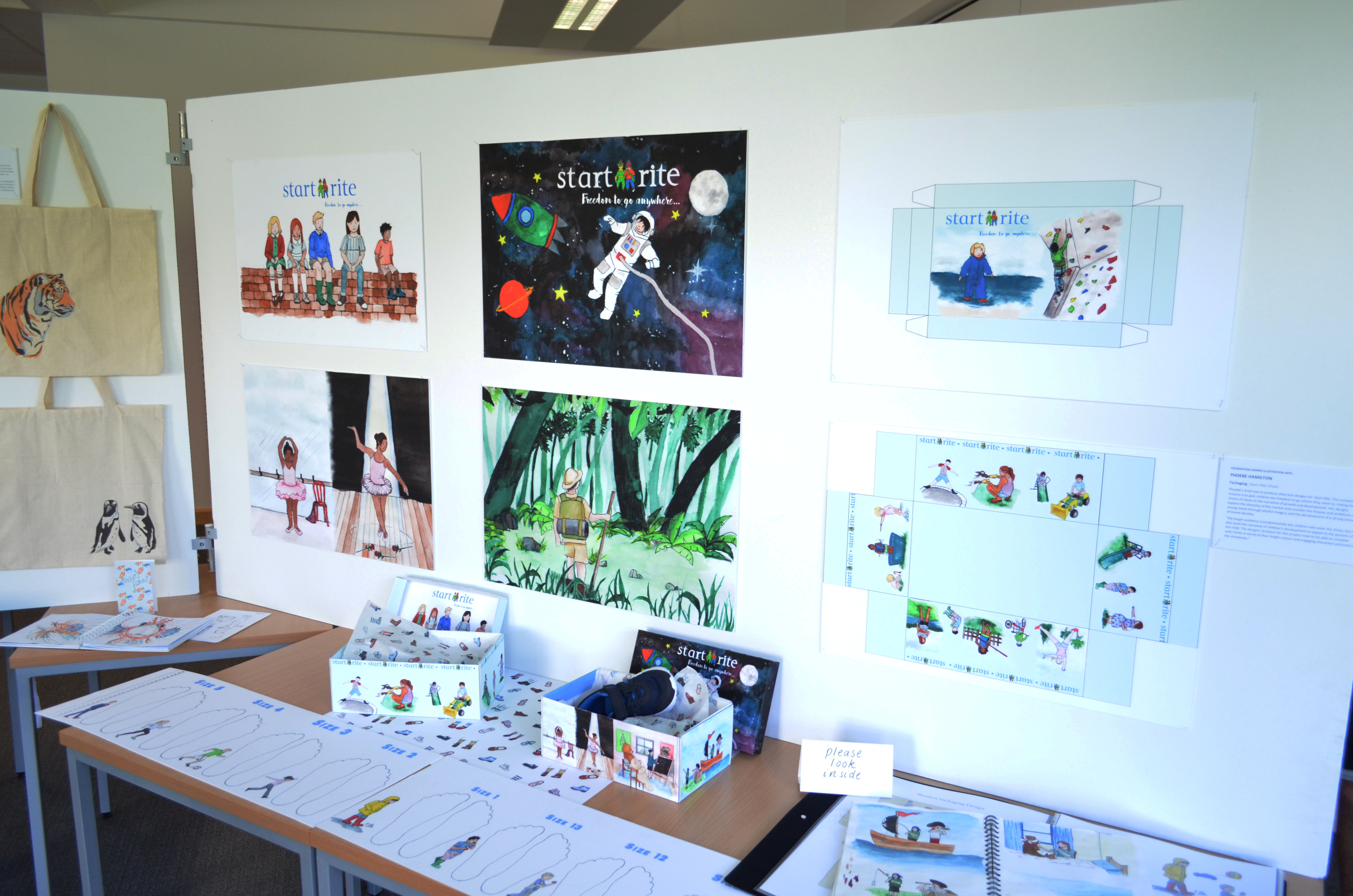 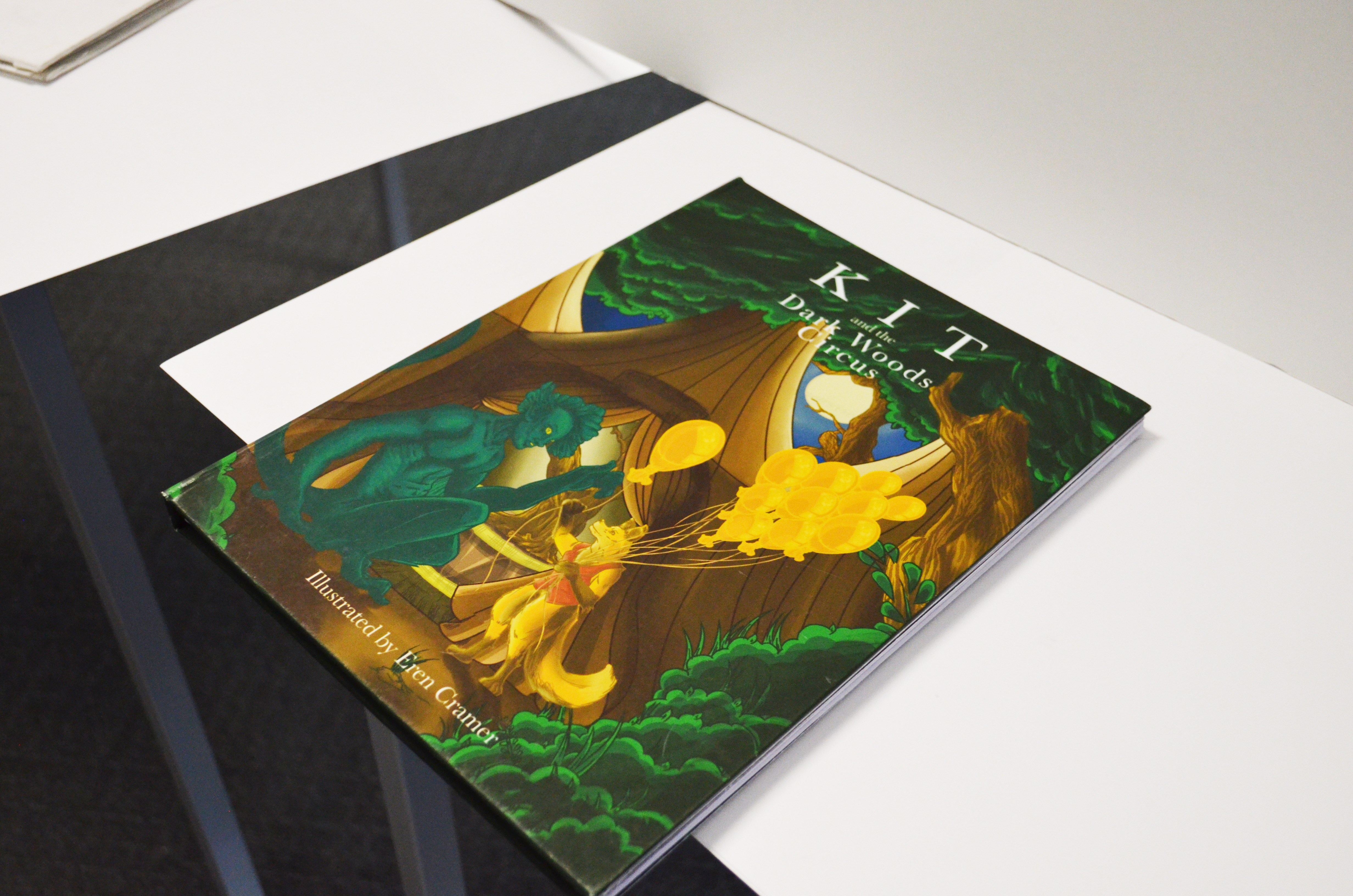 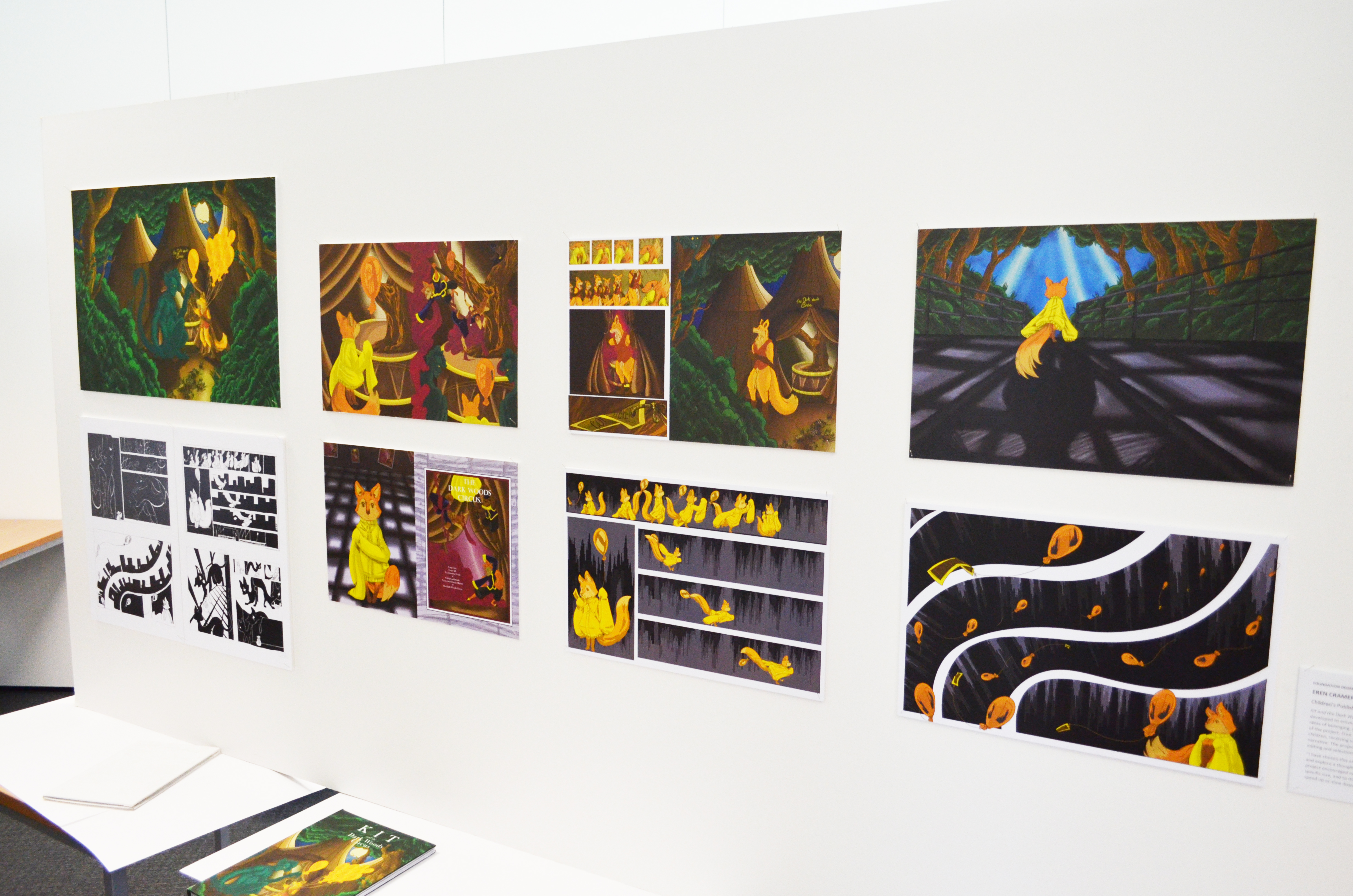 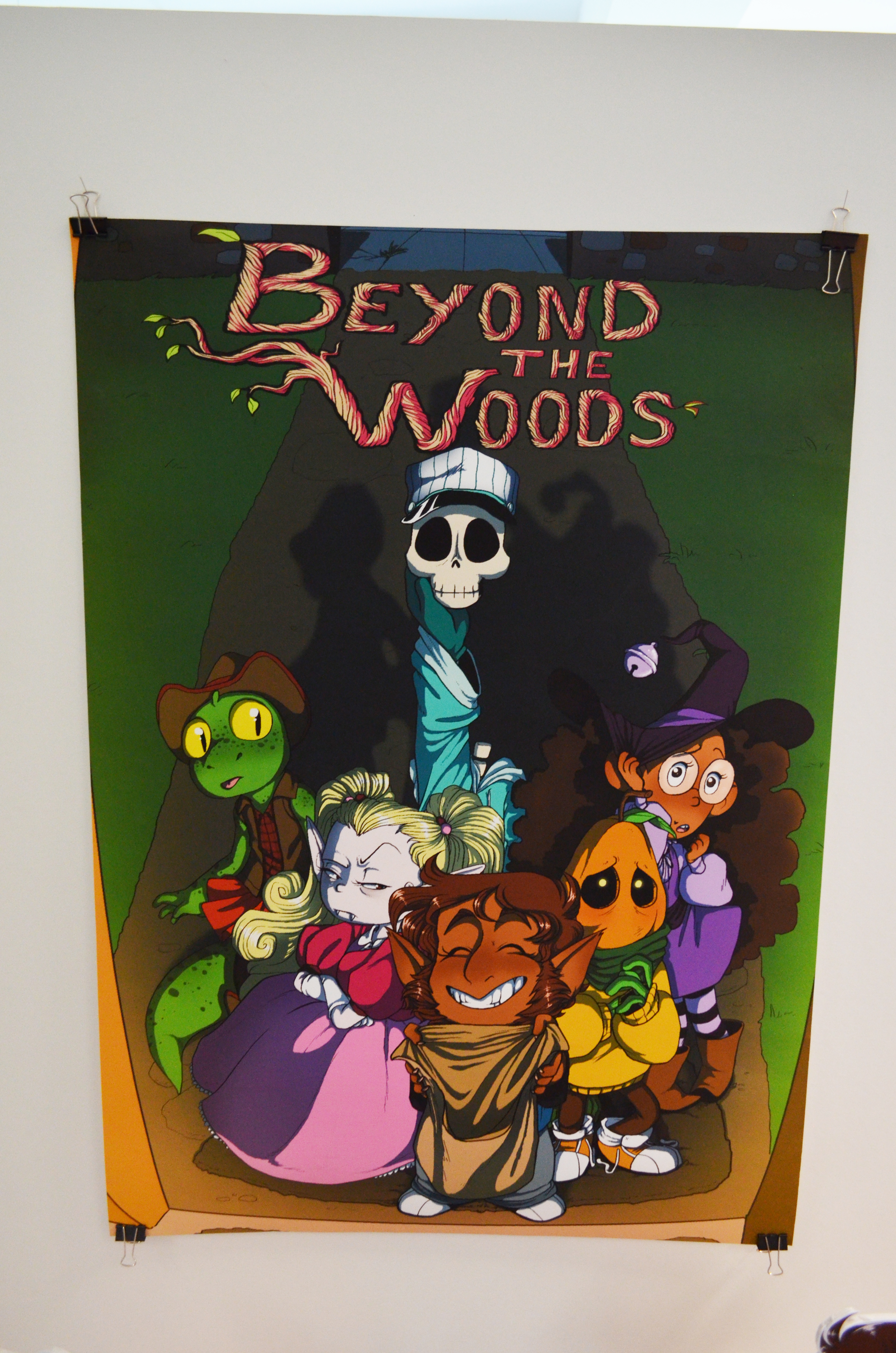 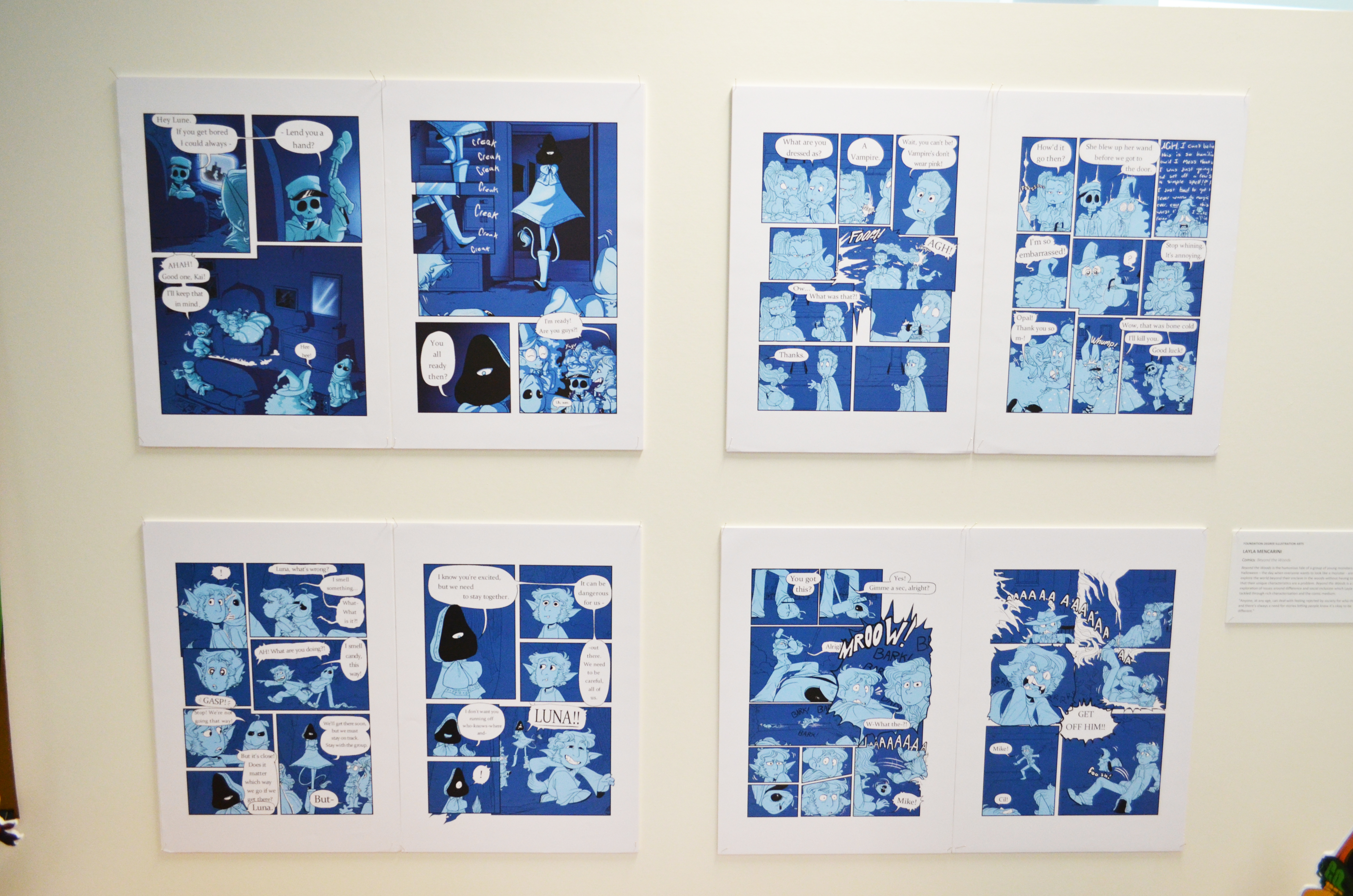 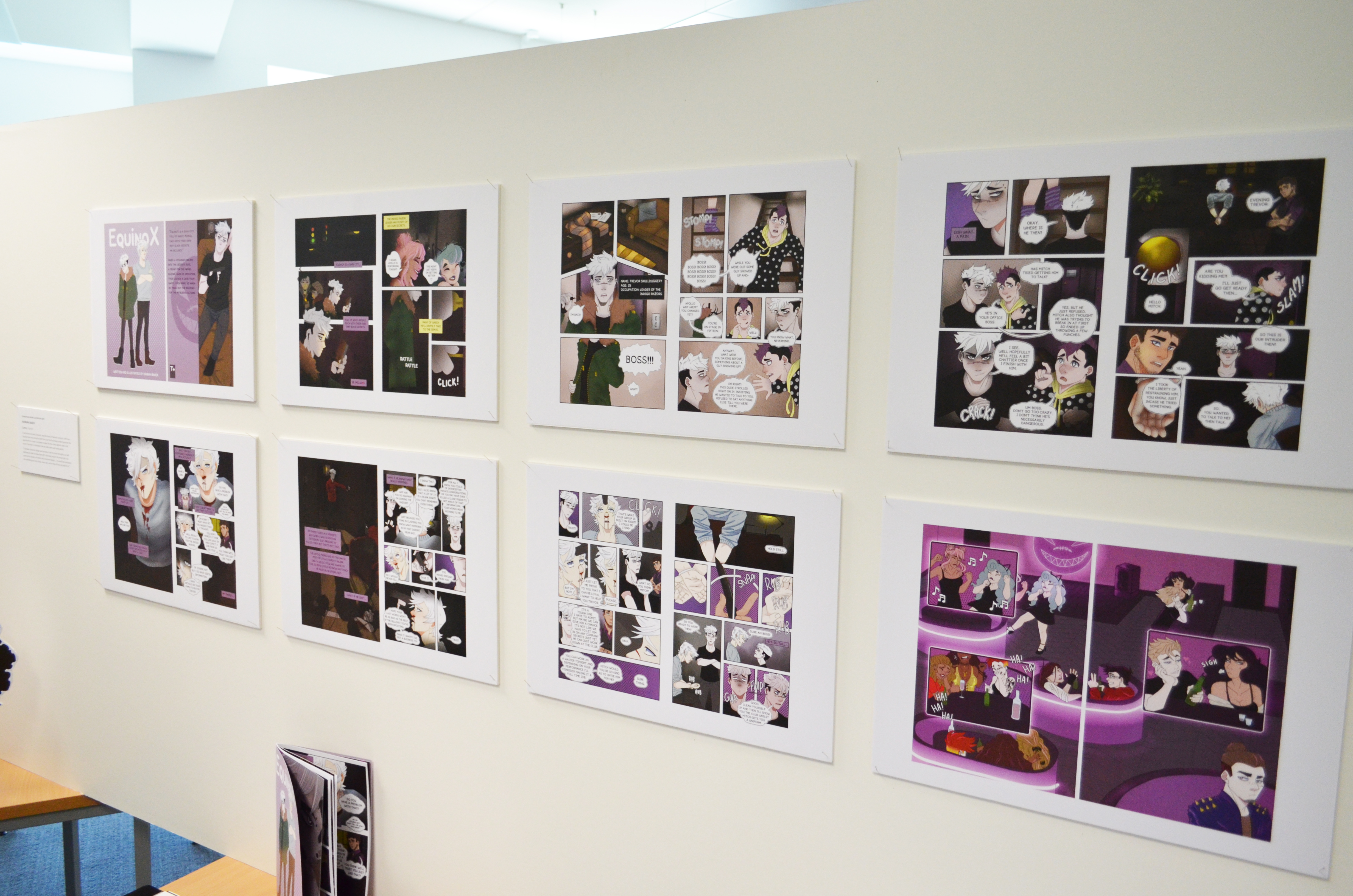 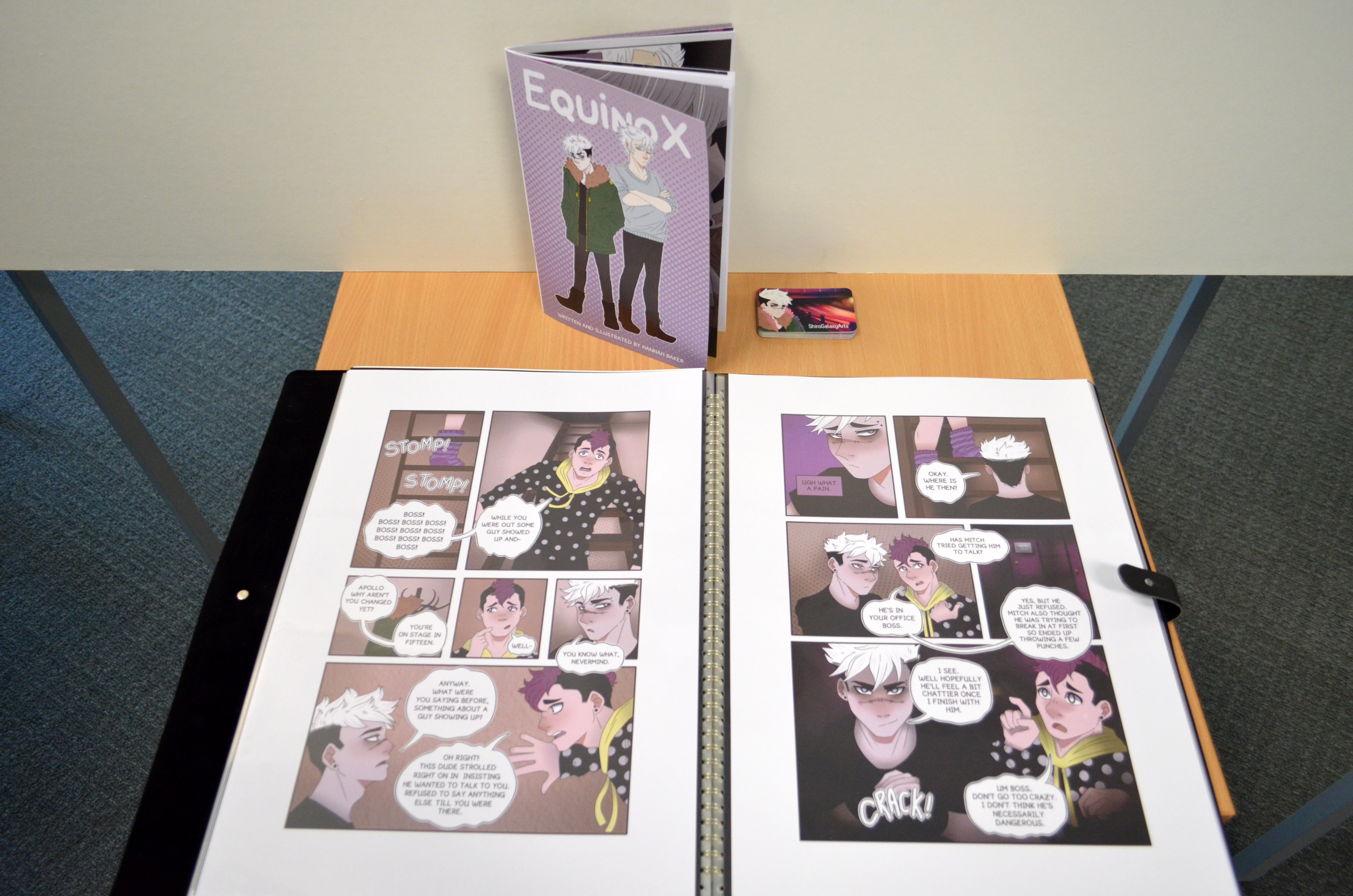 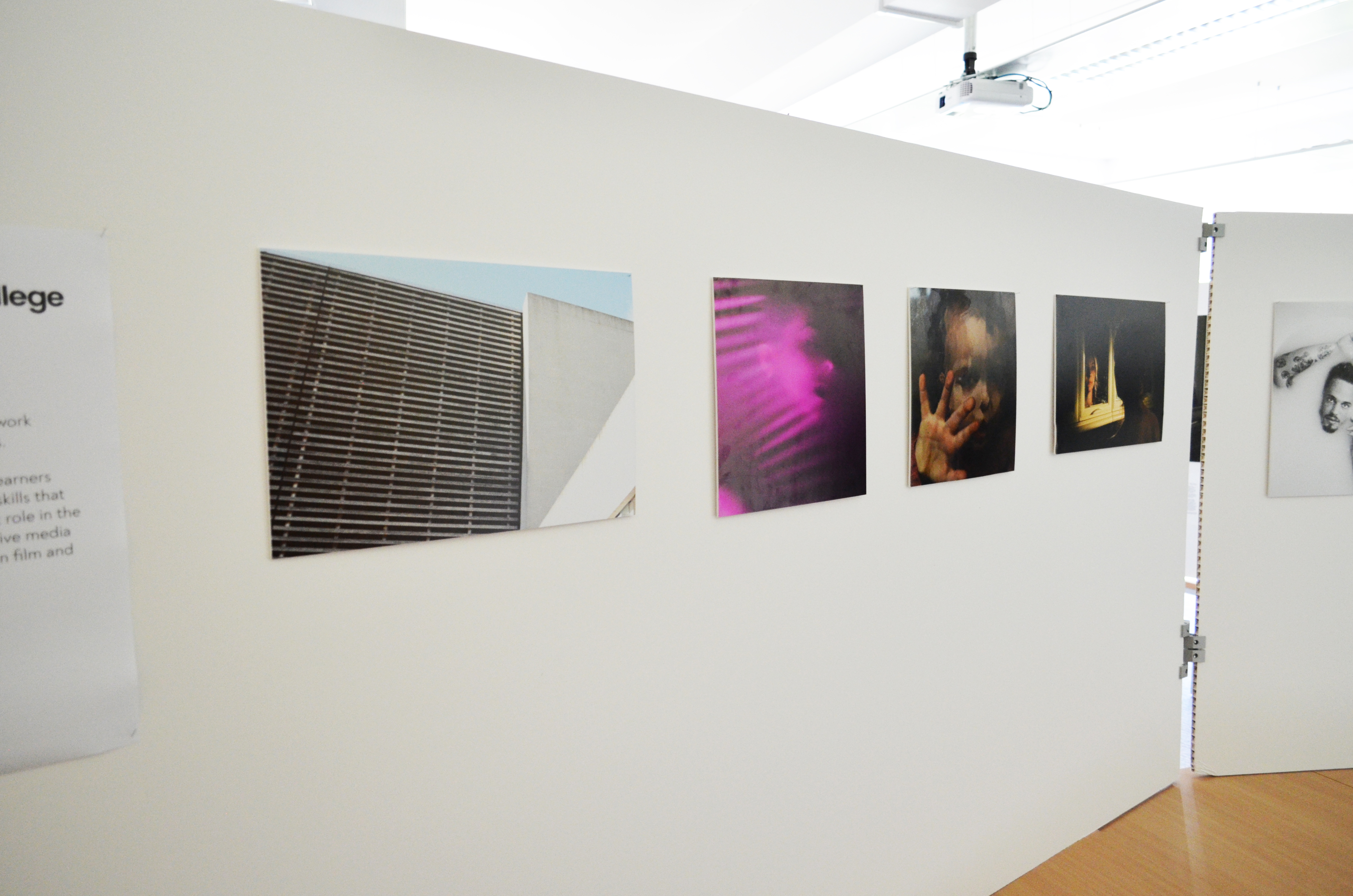 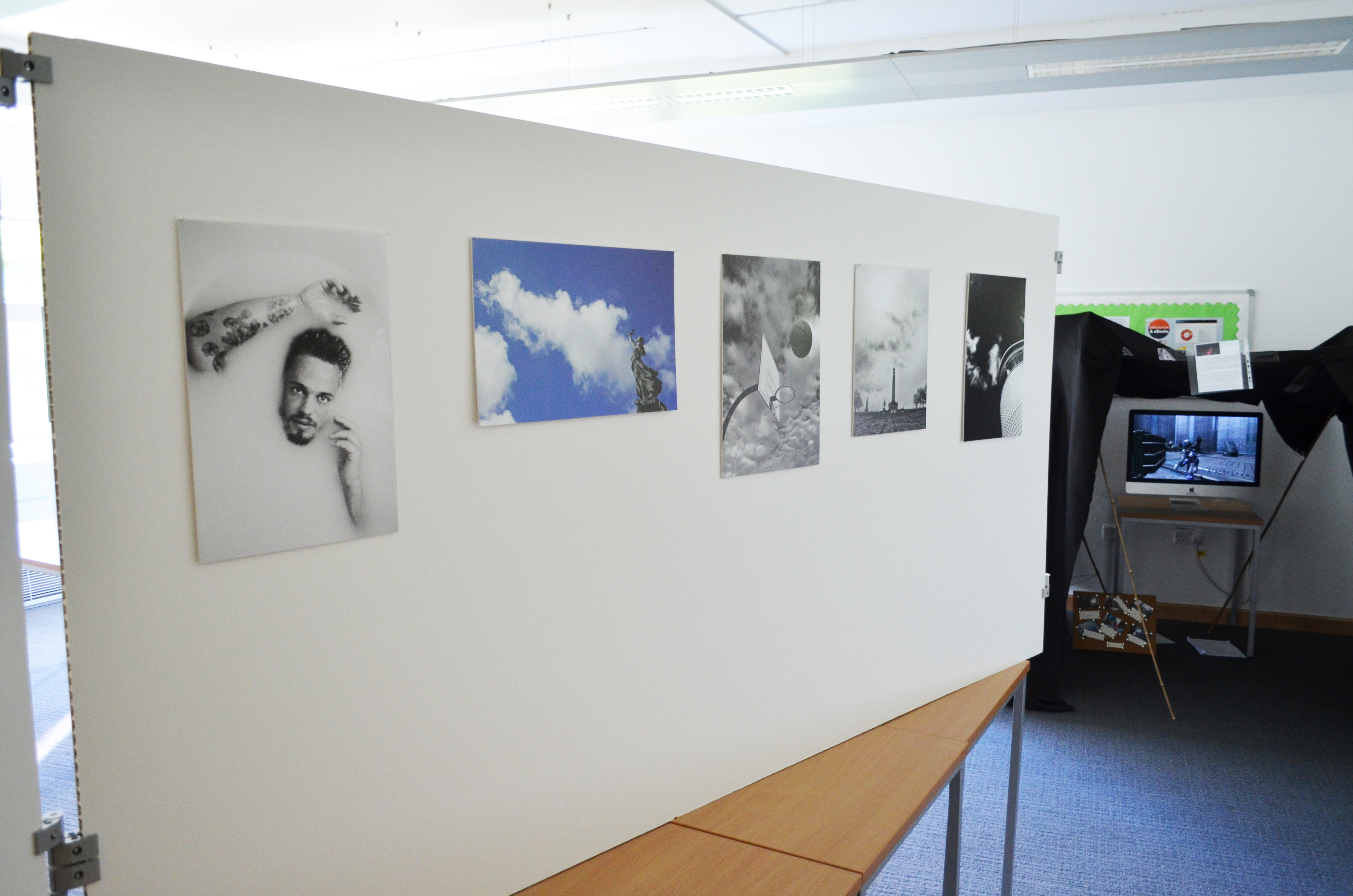 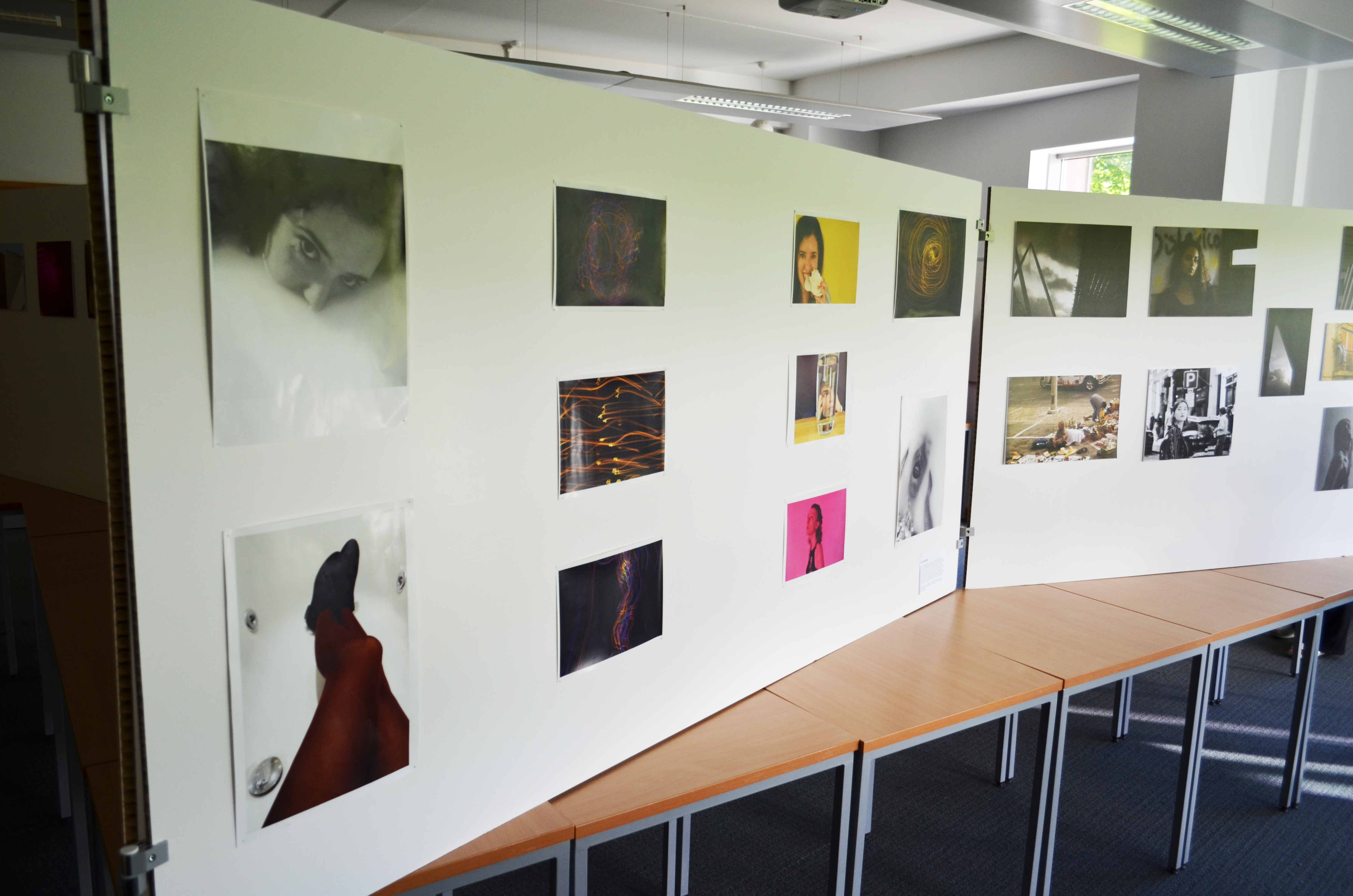 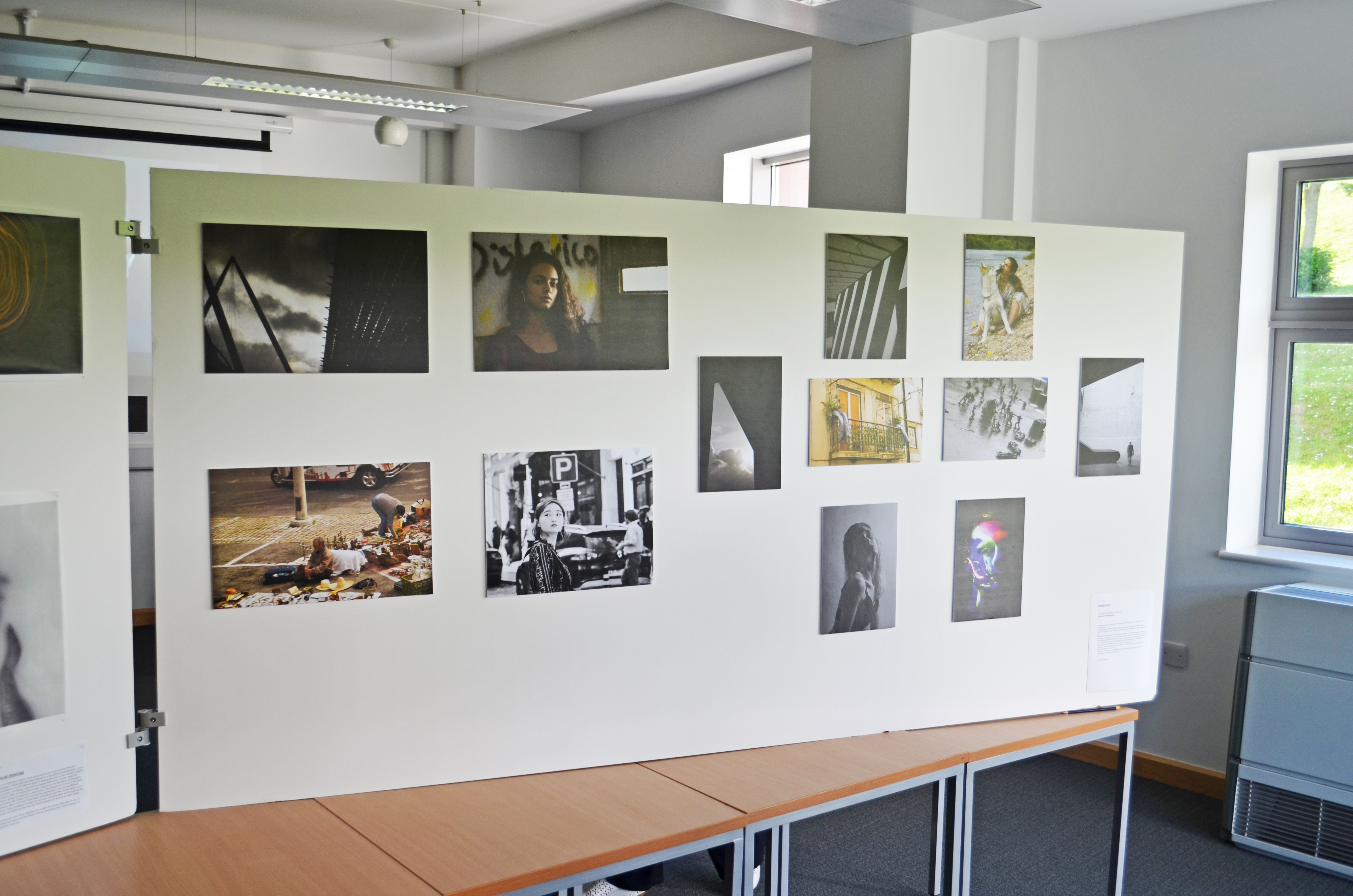 A high profile portfolio of work, that has been featured in the BIG ISSUE already, is David Holmes-Brown’s journalistic drawings, undertaken as part of his Foundation Degree in Illustration Arts. They have gained some attention due to the way the drawings take you through a harrowing journey and insight of life as a homeless person, with various accounts of how individuals had reached the point of homelessness. It is clear the investment of time and emotion that David made with these people that are so often ignored or even harmed by members of the public. David himself even suffered abuse just for being with some of those he was drawing. To accompany the drawings were handwritten notes to bring across the character of the homeless people David saw. The aim was to avoid the stats and figures and remind people of the fact that these people are human and they should be treated as such. The final product from this was a newspaper style format where the illustrations, handwritten accounts, and newspaper ‘headlines’ David created were included. These headlines were quotes that members of the public have about homeless people. They emphasised the ignorance that David is trying to eradicate with this platform for the homeless to tell their story. 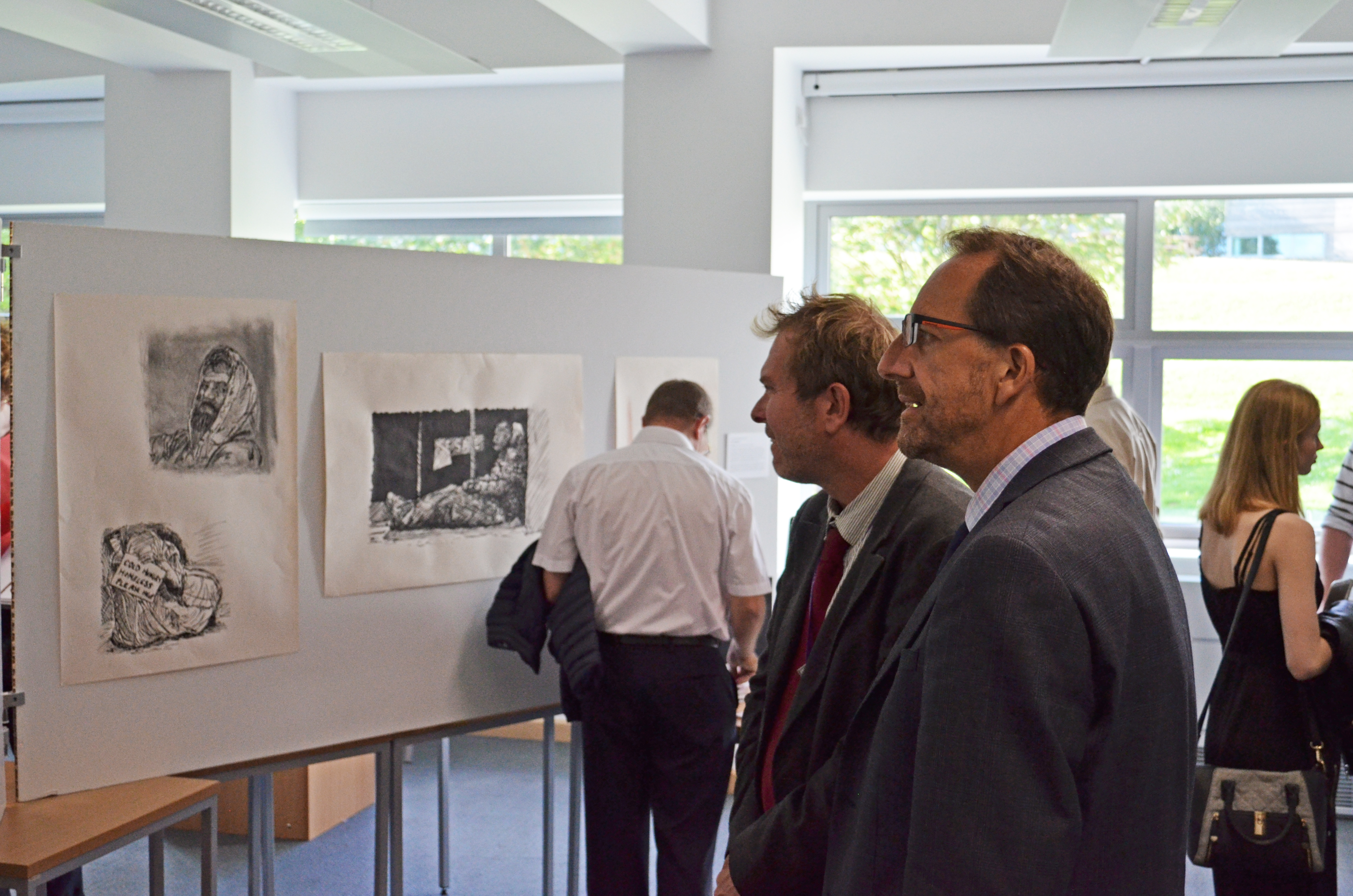 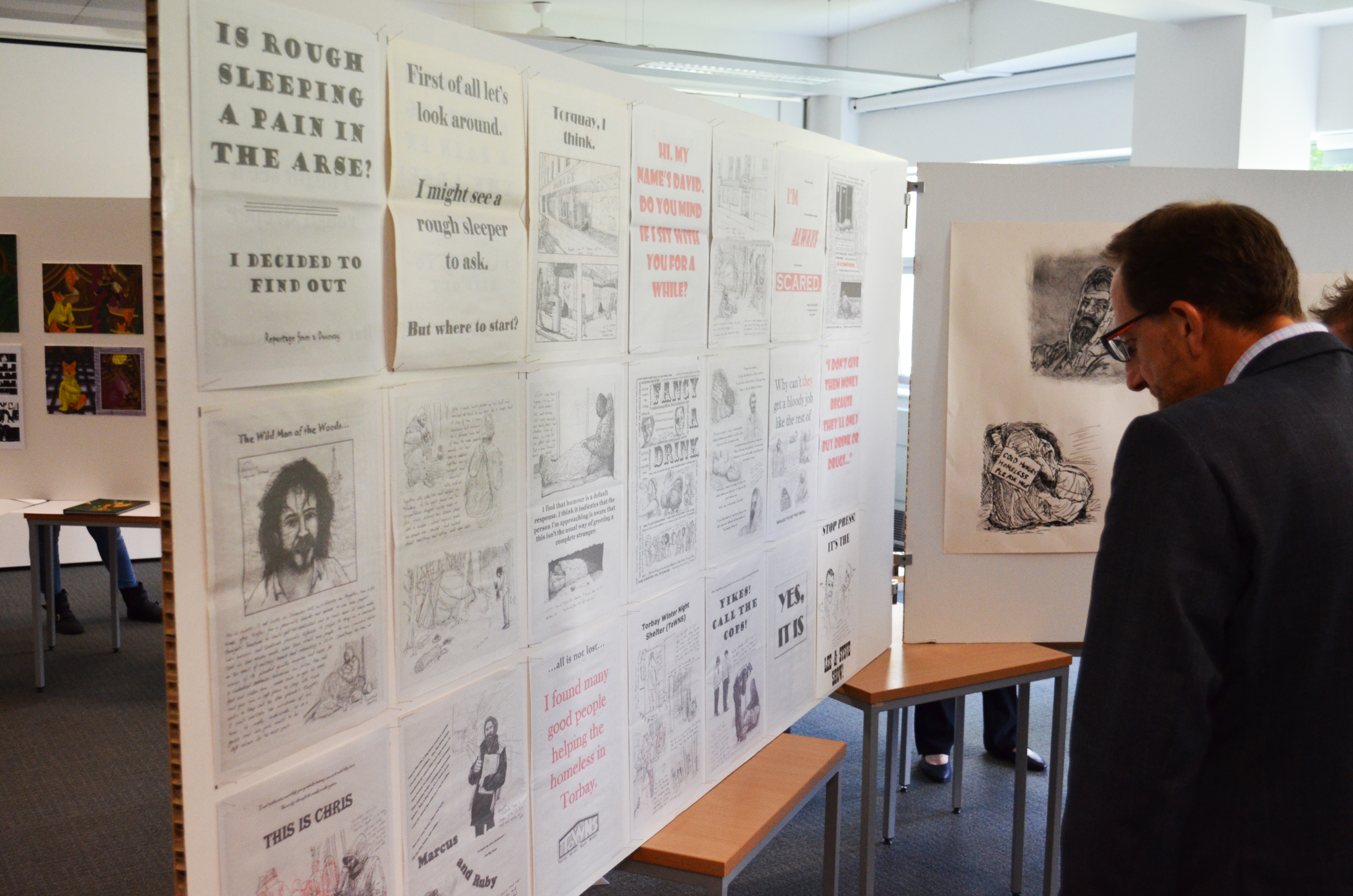 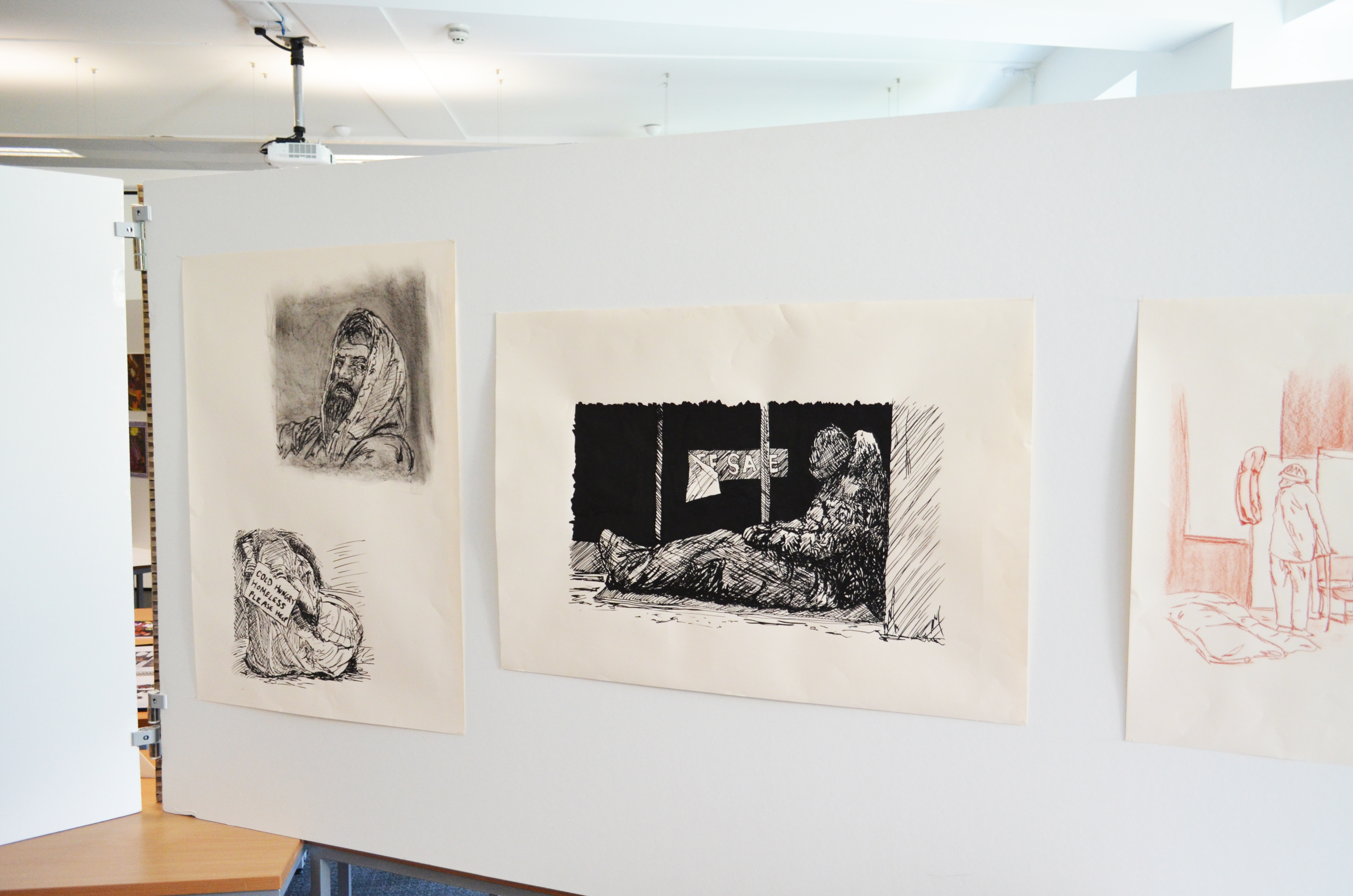 Another student, Thomas Rainey, delved into his family history and presented a project focused on Egyptian artefacts which were on display and an interactive virtual world featuring these same artefacts in a digital form. The artefacts he worked with and that were on display were genuine pieces with the paperwork to prove it. Some of the objects were over 13,000 years old yet they still remained in excellent form. This digital world that was then created expands on making these physical artefacts timeless and features a scaffold that surrounds ancient pyramids to experience other elements of Egyptian culture. 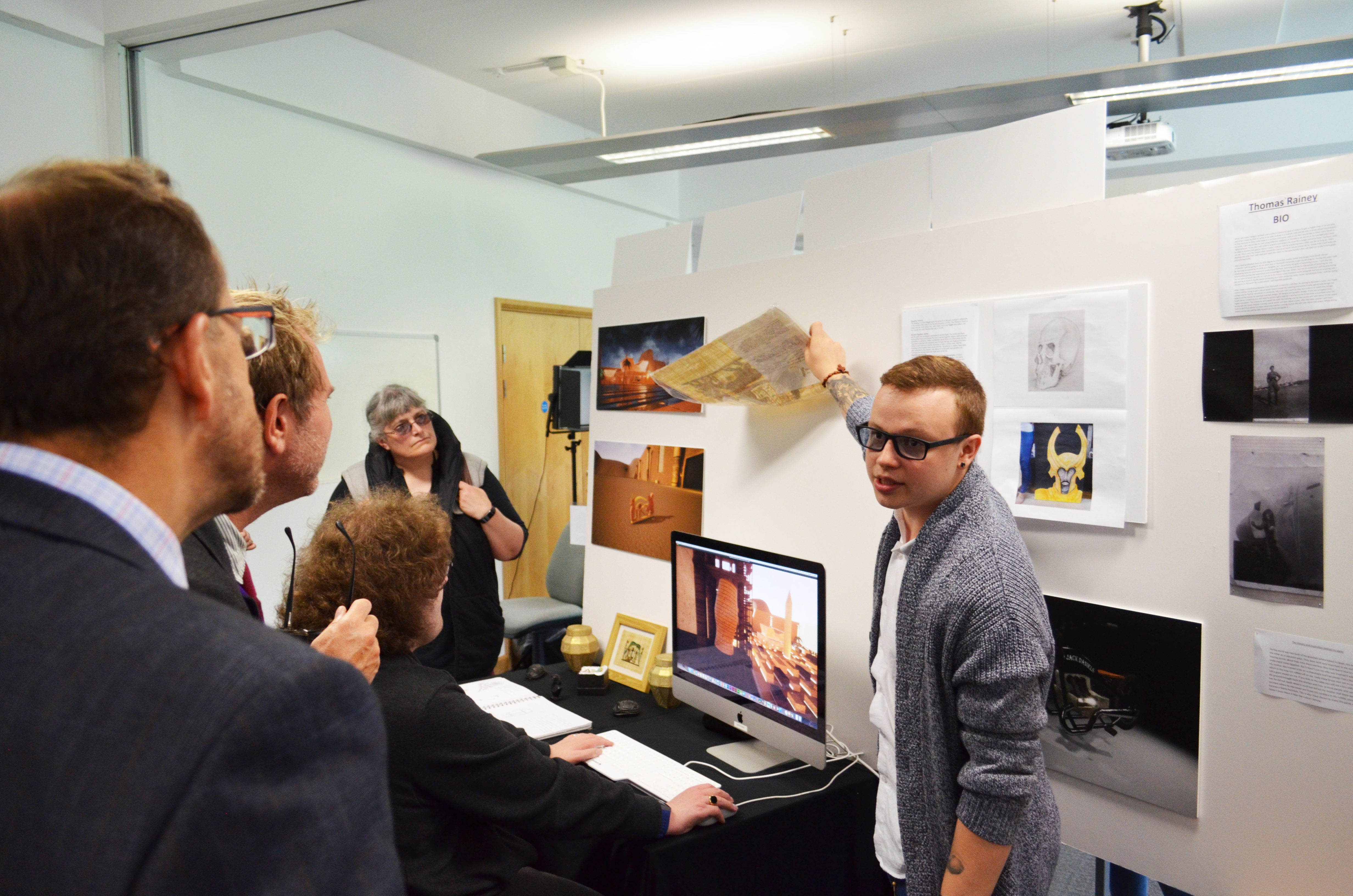 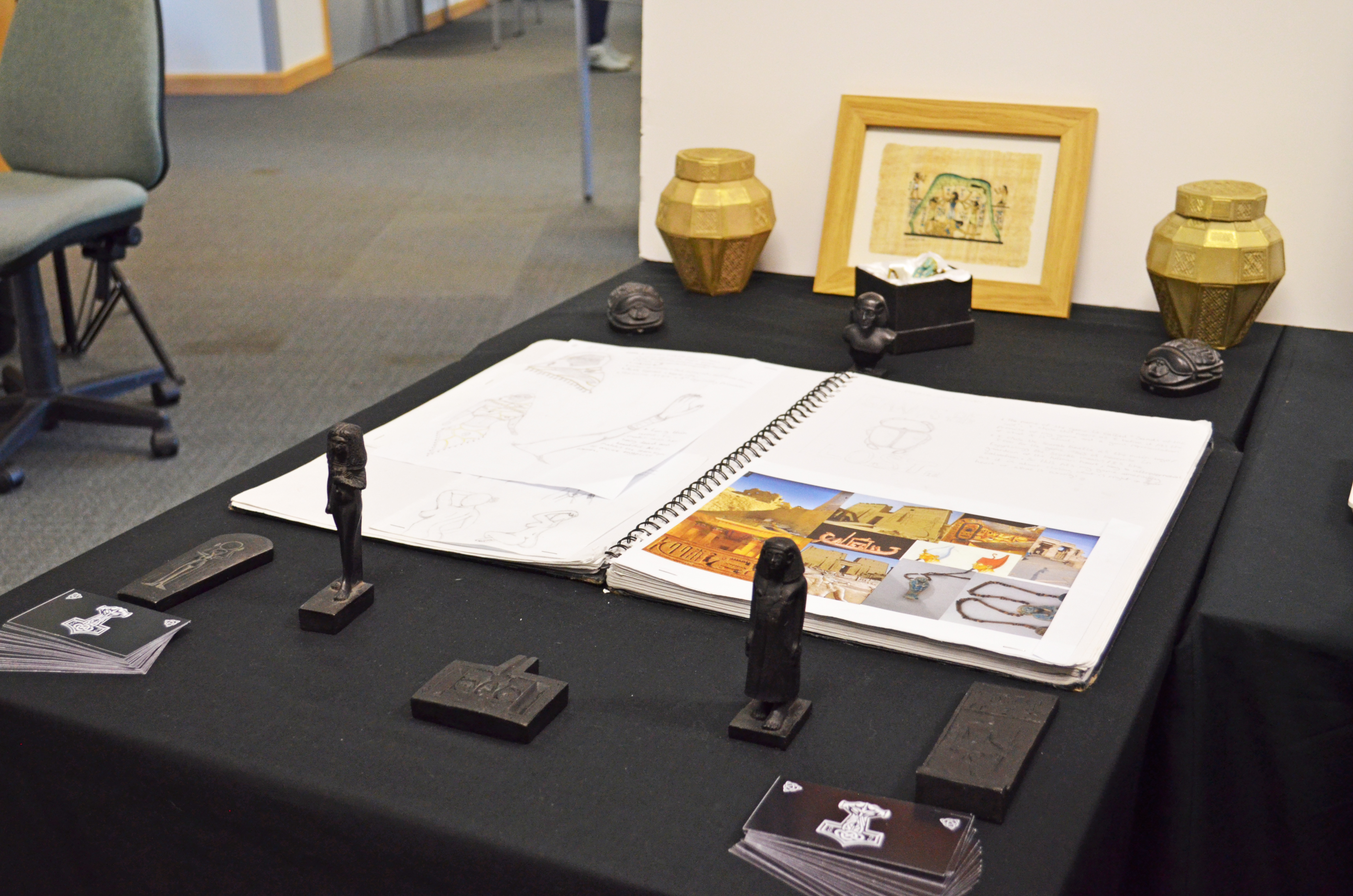 Benjamin Halling is another student from UCSD and specialises in digital 3D art for games. The level of skill Benjamin has in both still and motion 3D pieces is incredibly high. His showcase presented exceptional attention to detail in both a Science Fiction Dystopian and Paleoart genre. His passion for art and video games have successfully been combined here with a very convincing display that to someone none the wiser would think they were real, high budget, commercial products for video games made by a large company. 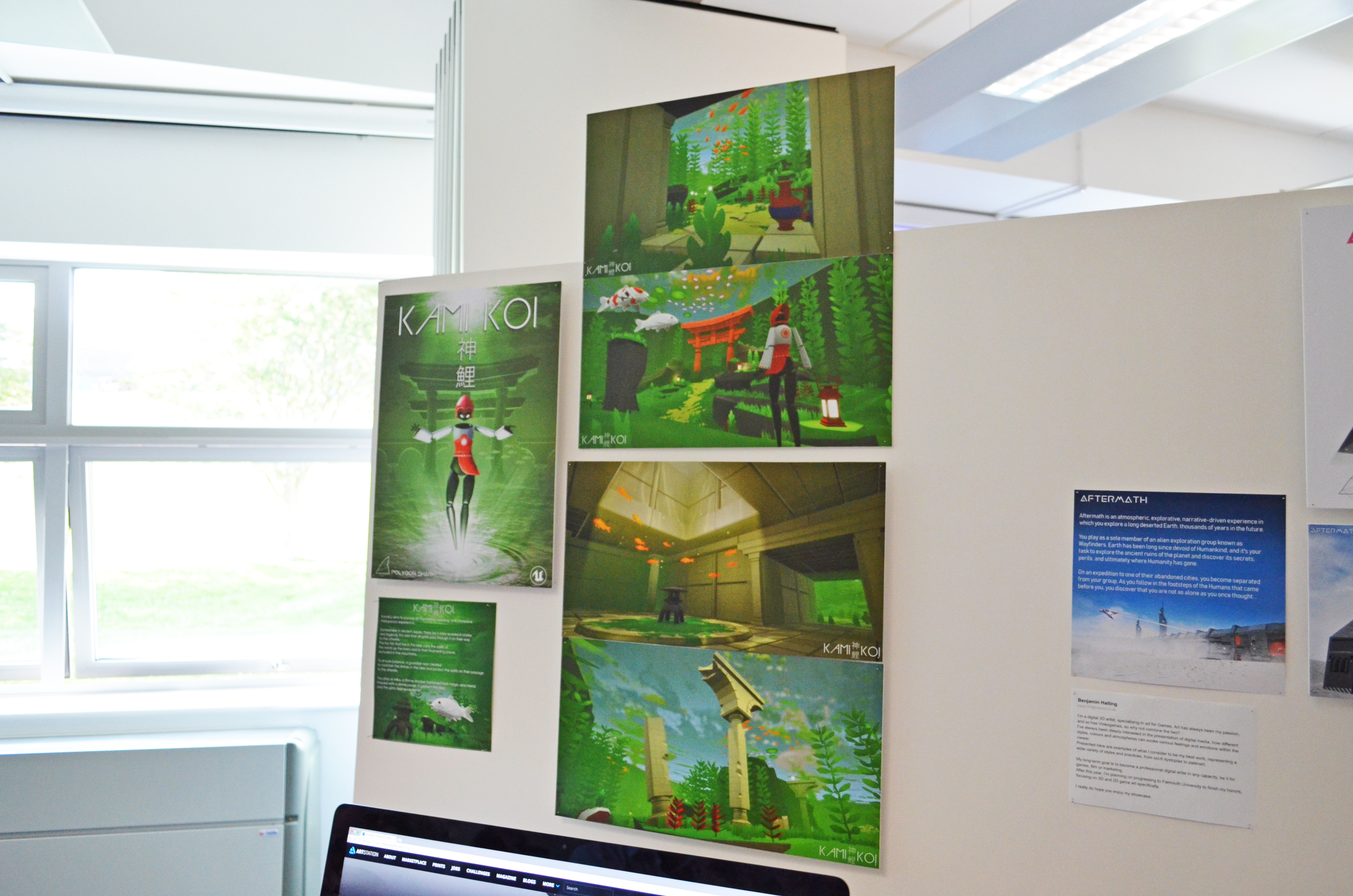 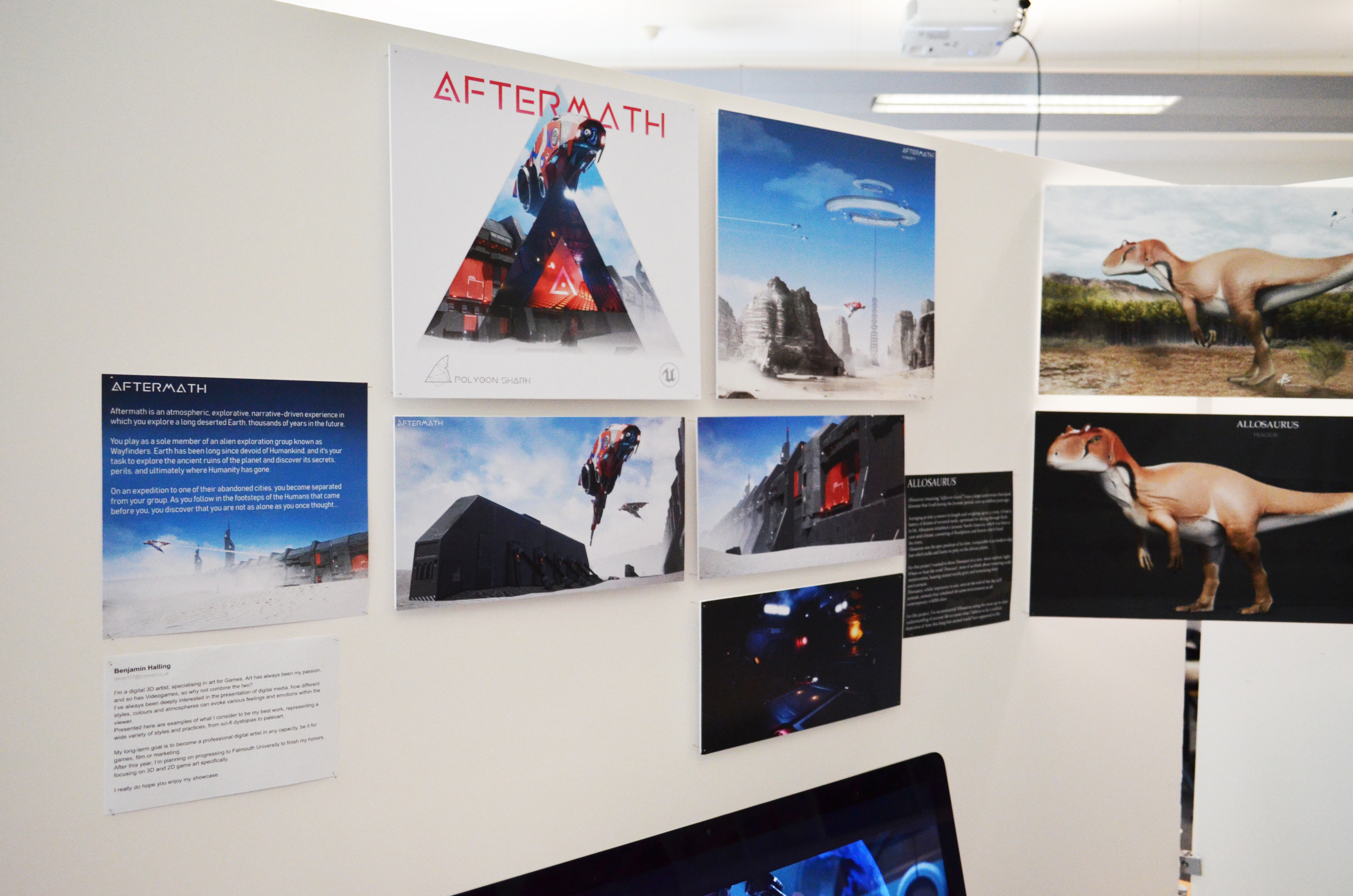 There were many more impressive displays which you can still go and see until the end of Thursday 27th June. A huge congratulations is deserved for every student displaying their work and we wish them the best on their future endeavours.