Homelessness has been a significant issue for many years in the South West and only seems to be getting worse going by statistics. However, 2nd year Illustration Arts FdA student, David Holmes-Brown, recently had his reportage artwork featured in The Big Issue for bringing a more realistic and harrowing perspective rather than facts and figures. 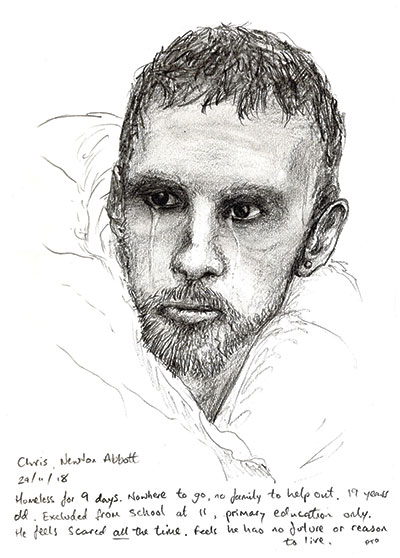 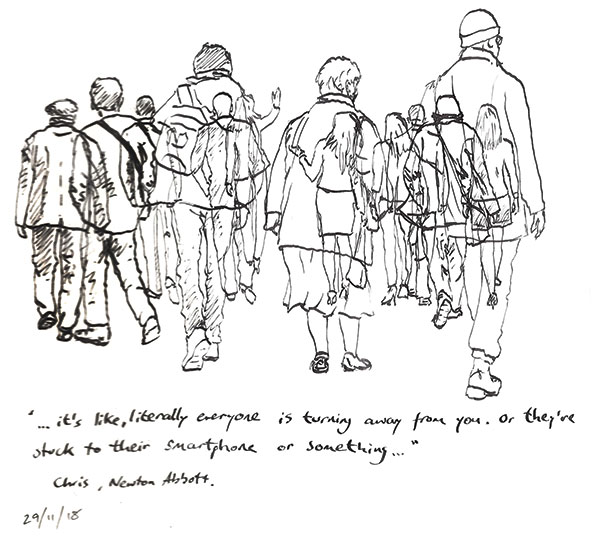 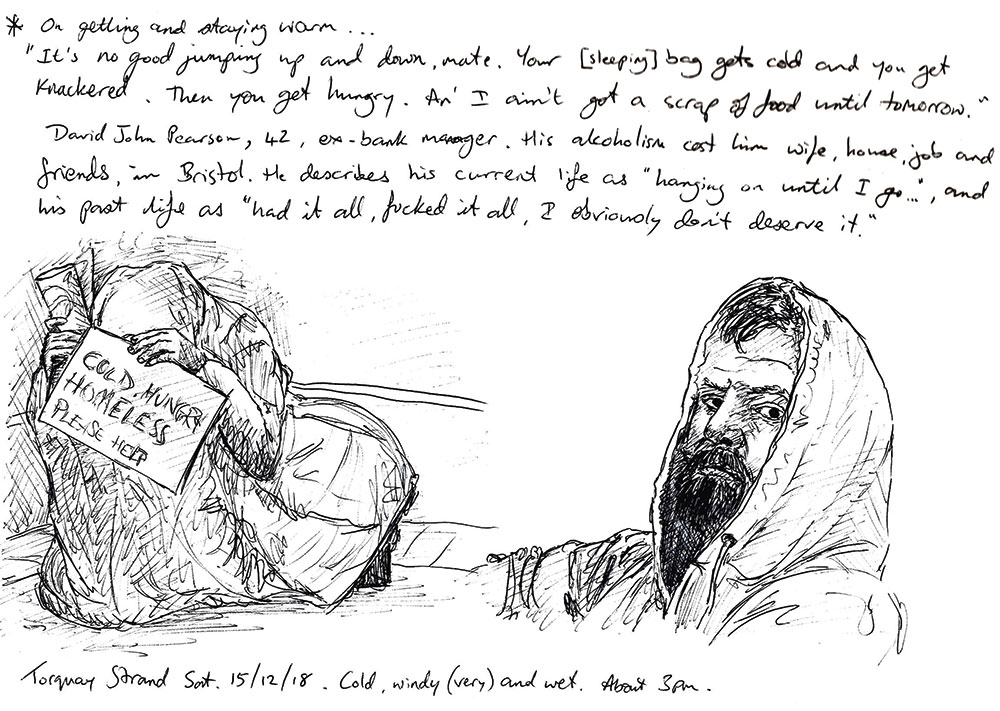 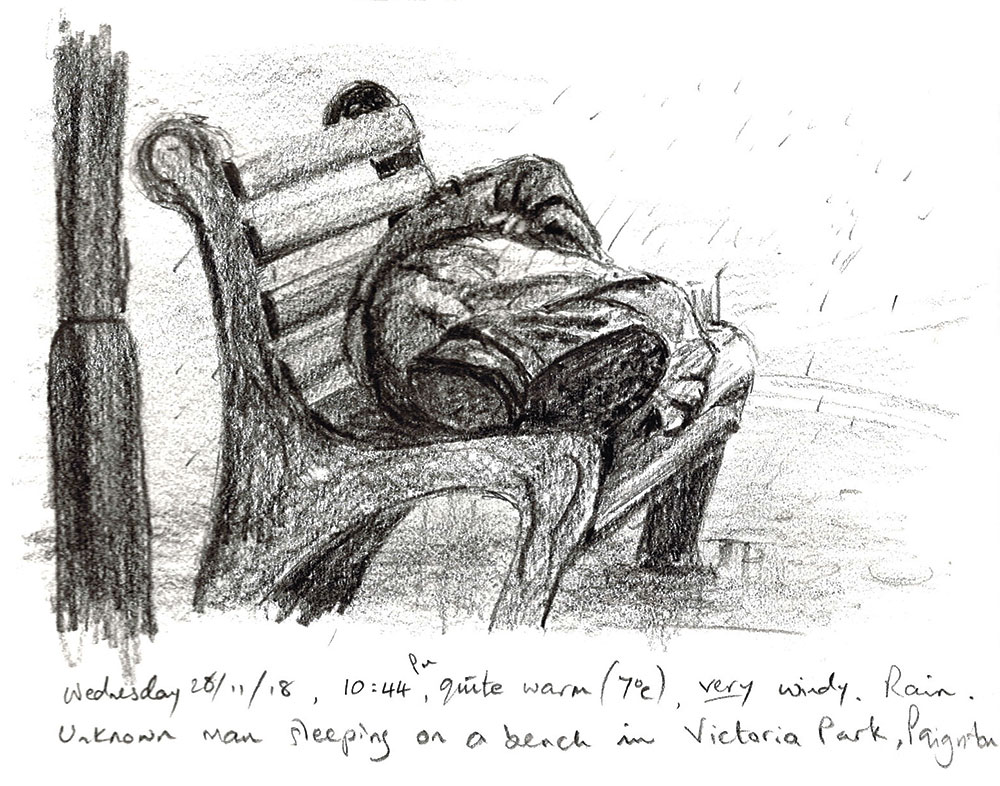 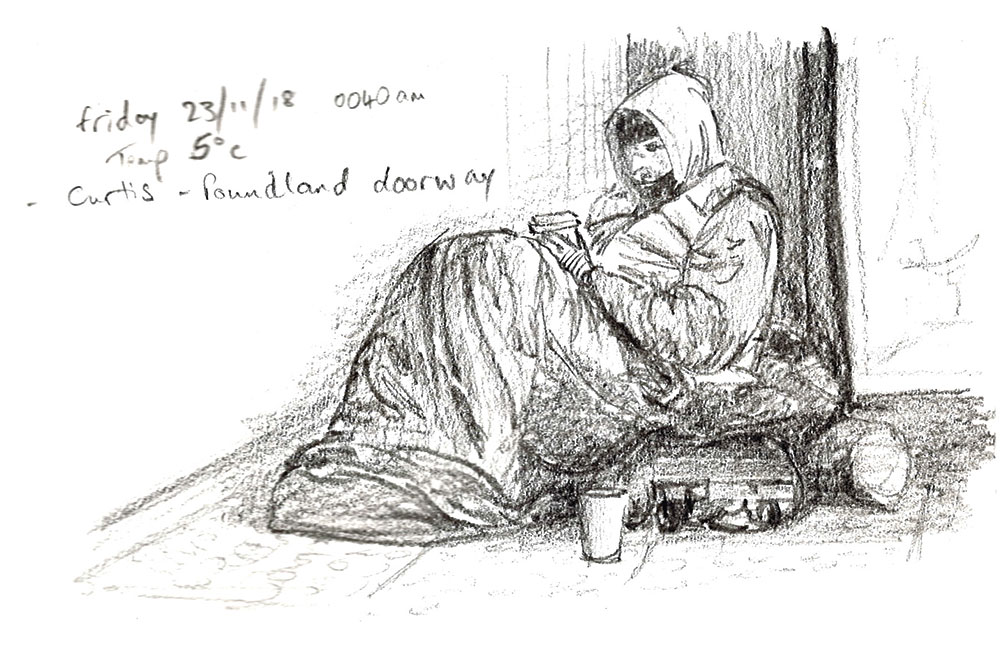 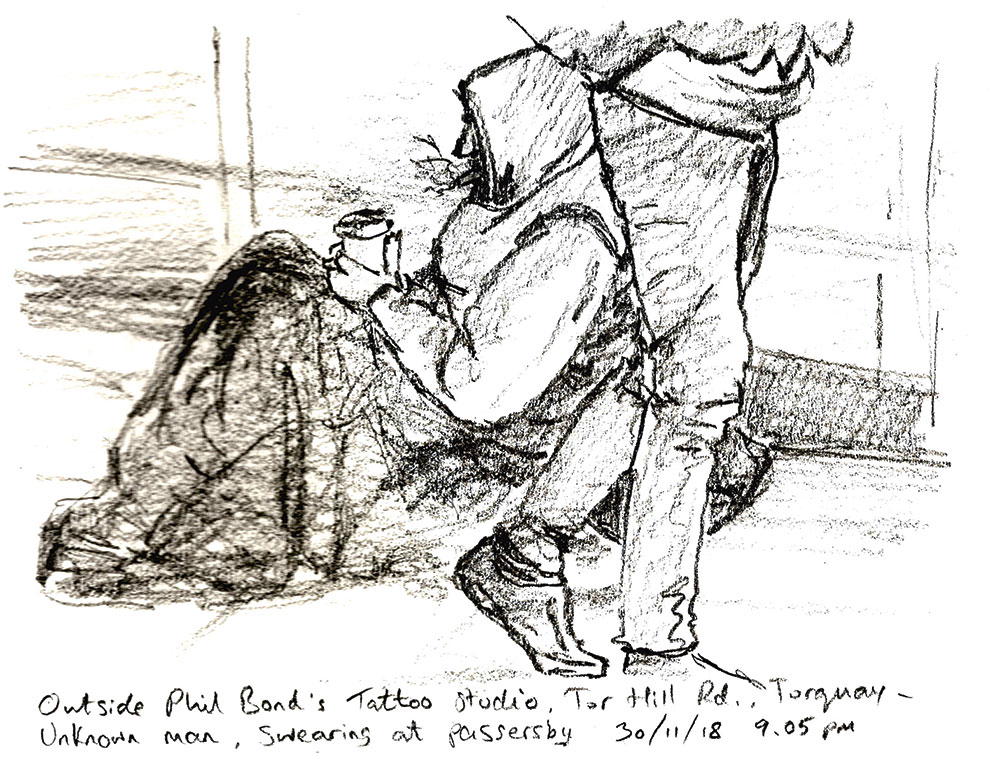 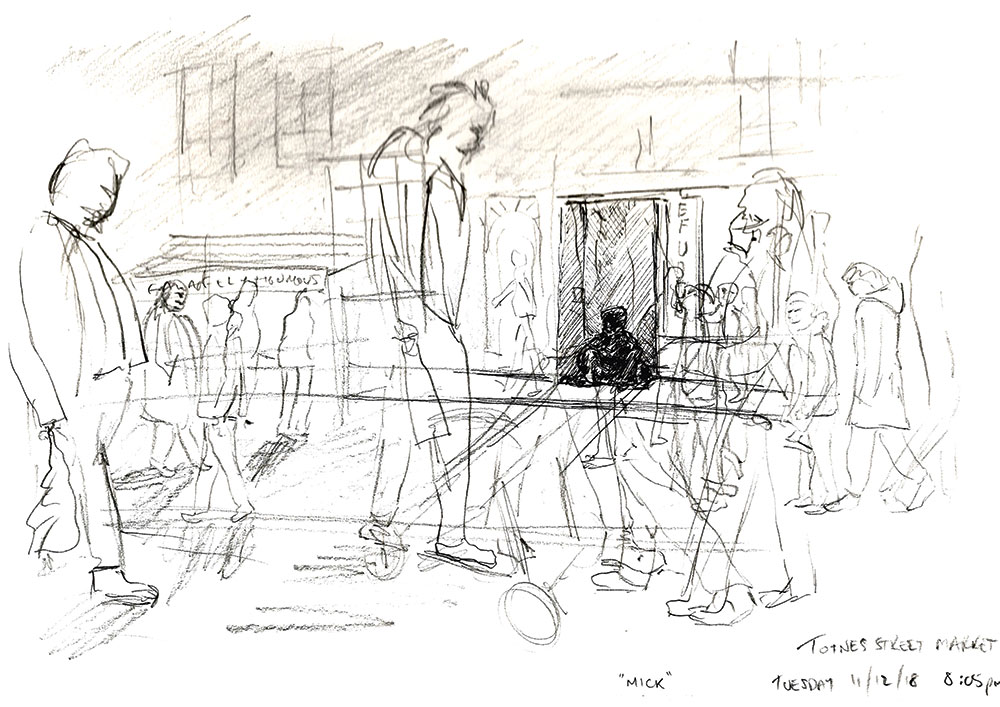 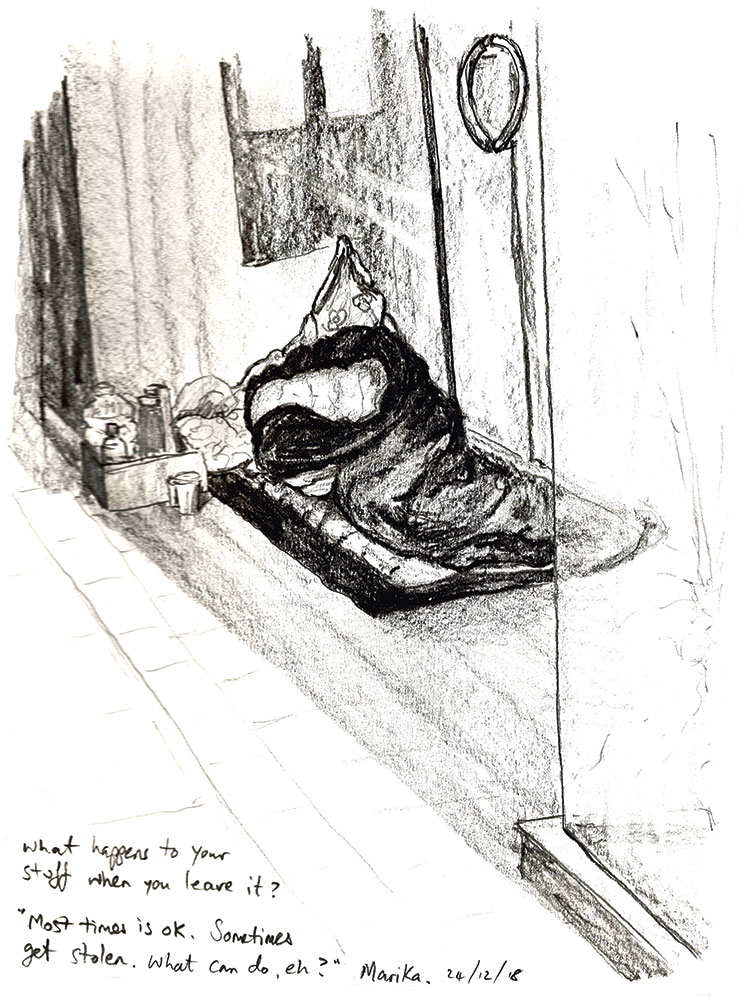 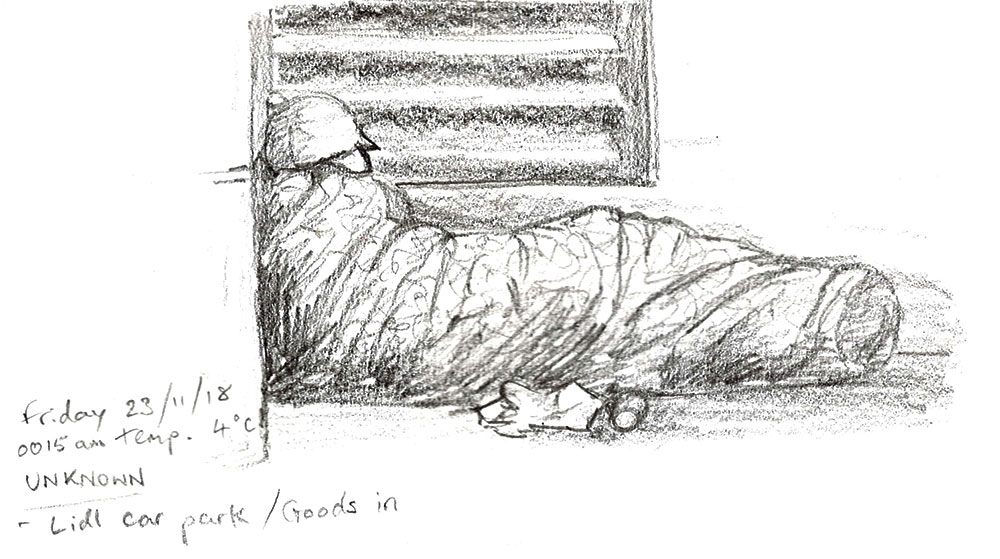 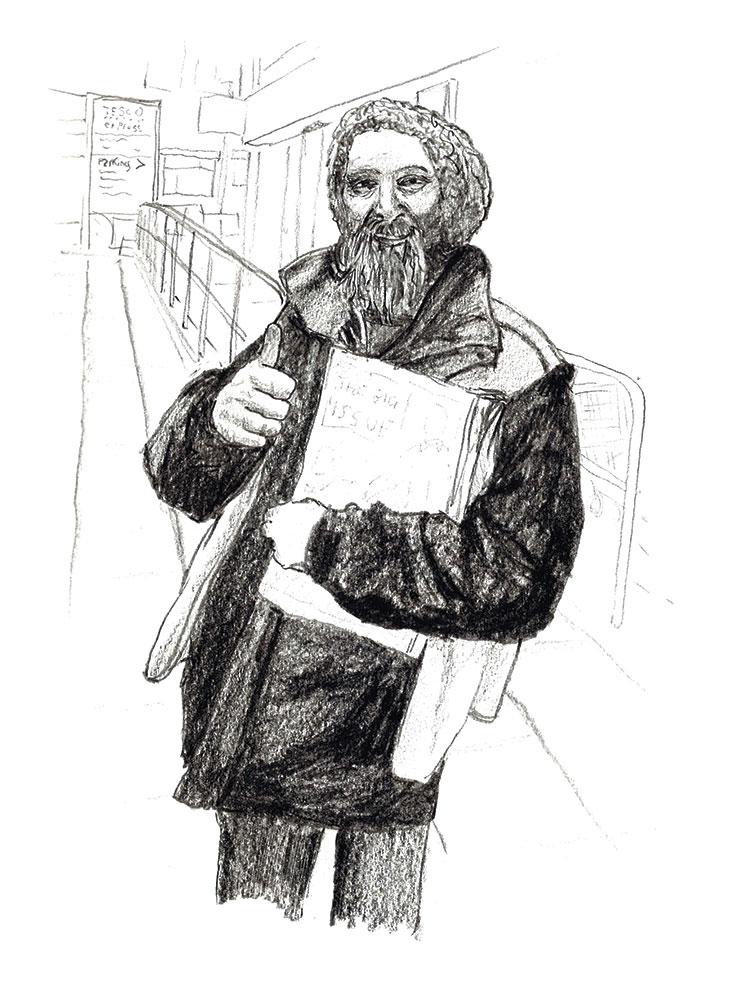 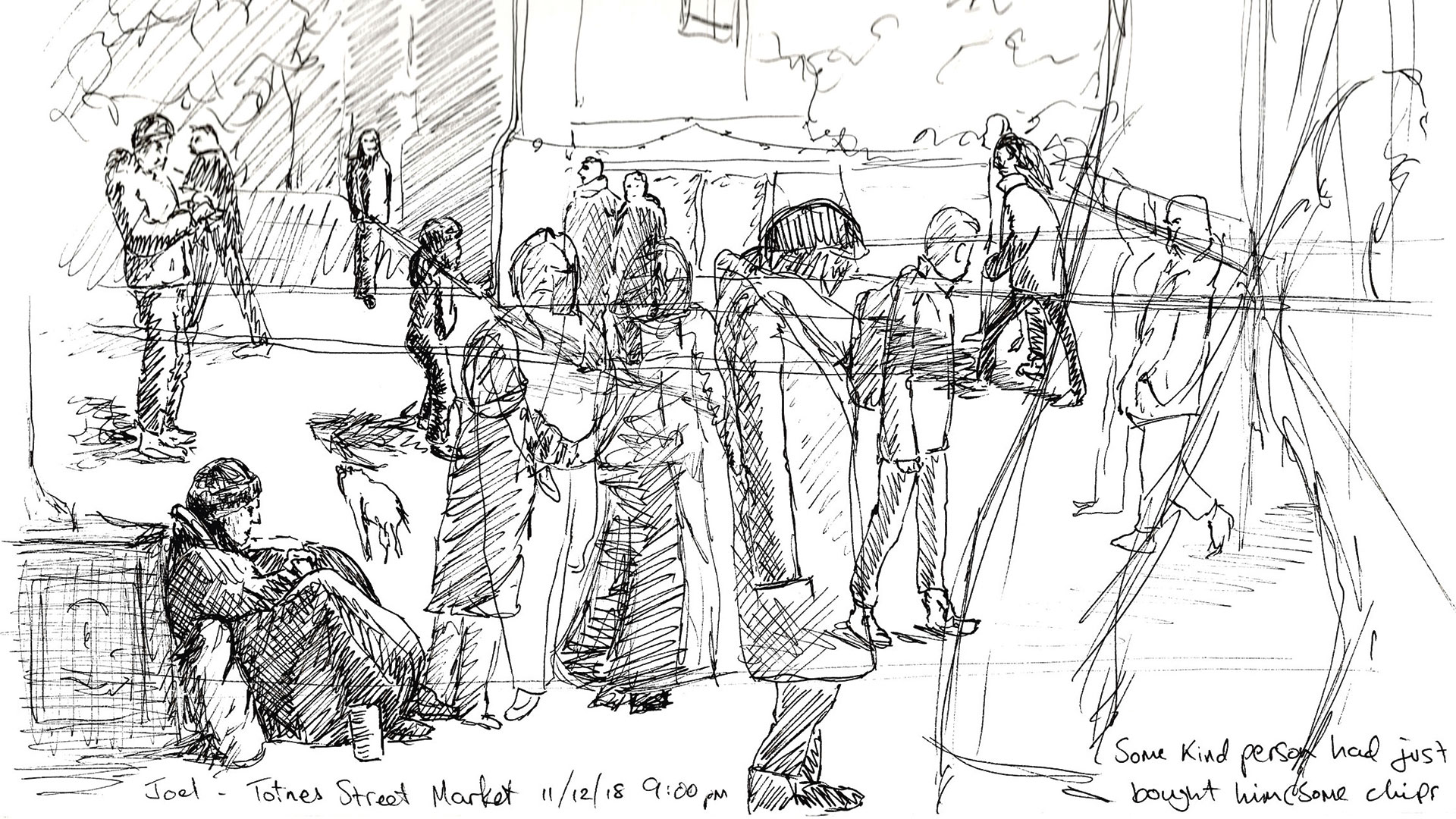 David produced this for his final major project but the purpose of this work goes well beyond that. It raises awareness of the reality of homelessness. The drawings themselves, pausing the subjects in these moments, reflect the reality that they are trapped in that situation. David’s work gives viewers the opportunity to understand those that he’s drawn without having to ask in person to understand why those that are homeless are in that position.

David told The Big Issue “Facts and figures don’t express any humanity. These lives have been derailed by a broad spectrum of incidents and accidents, poor choices or mental health difficulties, into a chaotic spiral of addiction or crippling anxiety. If we don’t know the story, we must avoid judgement.

“I’ll keep drawing and listening to the anonymous figure in the doorway and try to give them the dignity of an identity.”

Well done David for this very bold and challenging series of work that is getting the recognition it deserves and is reaching people far and wide thanks to The Big Issue’s feature which is linked below.