After making a number of promising appearances alongside the first-team during TUFC’s warm-up matches last July, Evans and Price continued to display their potential in both youth and reserve matches throughout the course of 2019/20 campaign, as well as receiving international recognition in November, with both players being called up to represent the England Colleges National Team. 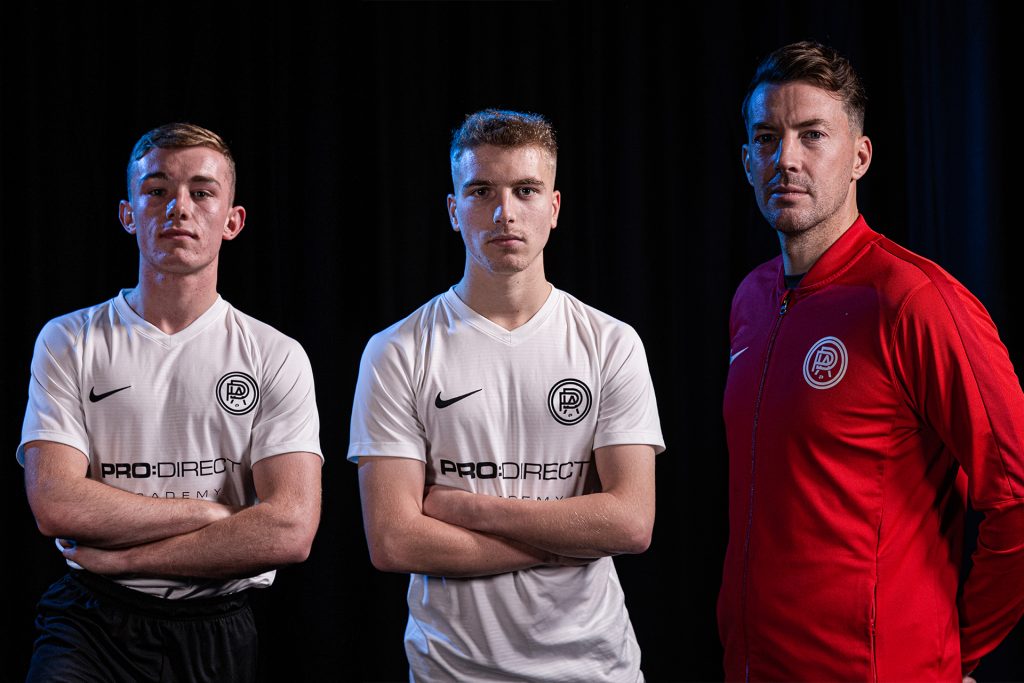 Torquay United’s Dominic Mee had the pleasure of interviewing Owen, Jj, and Chris to see how the process has been for them all leading up to this point and beyond also discussing the unique and successful partnership between the club and South Devon College.

Both Owen and Jj had expressed their excitement as they embark on this new chapter and gratitude for the advice, support and guidance that’s led them to this “surreal” point and are now “living the dream.”

Jj said “the link between South Devon College and Torquay United is great. You get to see pros for most of the day. Me and Pricey (Owen) throughout the year have been training every Thursday with them and you get to really see how they play. The facilities are amazing and Toddy (Chris Todd) and the other coaches are amazing and have helped me get to where I am today.”

Owen agreed saying “the link between the College and Torquay United is fantastic. We’ve been able to play against other professional teams such as Bristol City, Bristol Rovers, and Plymouth Argyle. The facilities are great and playing and training under the Gaffer (Gary Johnson) and with Toddy has been essential in my development.”

Chris Todd also spoke to Dominic from Torquay United about his return to the club as the Under 18s Manager alongside being the Lead Football Coach at South Devon College.

Discussing the news of Jj’s and Owen’s signing to Torquay United, Chris said “it brings a massive smile to my face. Working at Pro:Direct Academy at South Devon College and seeing those boys come through that to then be given pro contracts at Torquay United is just amazing.

“These two boys are ready and are talented individuals who have progressed massively since the start of the season. To become a professional football player, you don’t just need the talent. You need the effort, the desire, to want to learn, and these boys have that.”

Gary Johnson, manager of TUFC, spoke of the latest additions to the team and about the relationship and partnership between both the club and South Devon College.

Johnson said that Jj and Owen “have done enough training with the first team that they’ll know what’s expected of them and they’ll come back next season prepared with a lot of experience and ready to develop. They came across very humble in their interview and very excited. This is a very good start for them.

“The link has been fantastic with South Devon College. They did a great job and it’s proved with the facilities. We are using not just their outdoor facilities but their indoor ones too which are second to none. When we do previews on games for example, we are using one of the biggest screens I’ve seen in my life. The relationship only works if the College can bring players into the club and that’s where the beauty of the link is. Toddy can get players ready for when they come in to us. If you’re a budding footballer, you’ve got ability and you wanted to take it to a professional level then South Devon College is the college to go to.”

The addition of attacking midfielder Evans and left-back Price as the newest members of Johnson’s first-team squad not only increases the options for the forthcoming season for Torquay United, but it also provides further evidence of the superb work going on in the club’s youth department under Under-18s manager Chris Todd, and highlights the success of United’s link-up with South Devon College.

With Jacob and Owen joining fellow College attendee and young pro Louie Slough, as well as another youth team product, Olaf Koszela, in joining The Gulls’ professional ranks, the Yellow Army can now begin to look forward to cheering on local homegrown talent once again.

Could you be Torquay United’s next pro player? Increase your chances and study the beautiful game at South Devon College and the Pro:Direct Academy. You can find more information on available courses at southdevon.ac.uk and if you have any questions, you can email [email protected] or call 08000 380 123.