If you attend South Devon College already, you will have most likely noticed quite a big change to the linking tunnel taking you from the main College building into the revolutionary Hi Tech & Digital Centre. The long curving wall leading you into the new Centre is no longer a clean and minimal white. It is now a dynamic, vibrant, and inspiring design taking you on a journey through the evolution of technology. What’s more impressive though is that this jaw-dropping design was created by one of the College’s own students called Hannah Vetterlein. 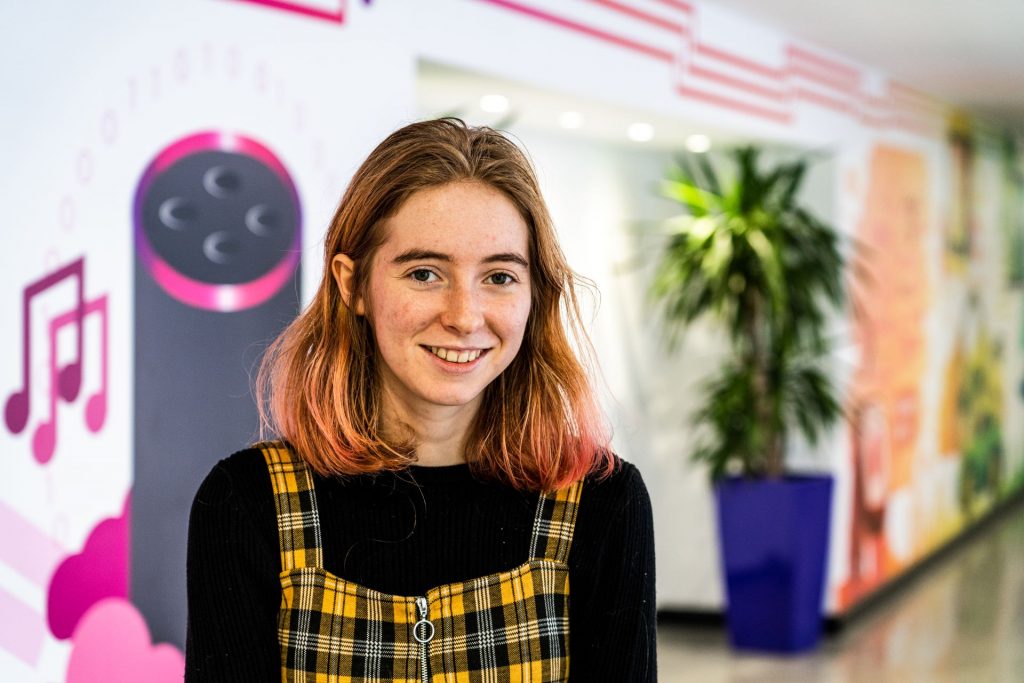 Hannah started this concept at around Christmas and then worked on the design for most of January. The result of her effort is impressive and has stopped many people in their tracks as they analyse and appreciate the detail of her work and understand the story it is telling. The panoramic design takes you on a journey through the evolution of technology from the point the College building first opened in 2006 and into the future of where studying in the hi-tech and digital sectors will lead you. 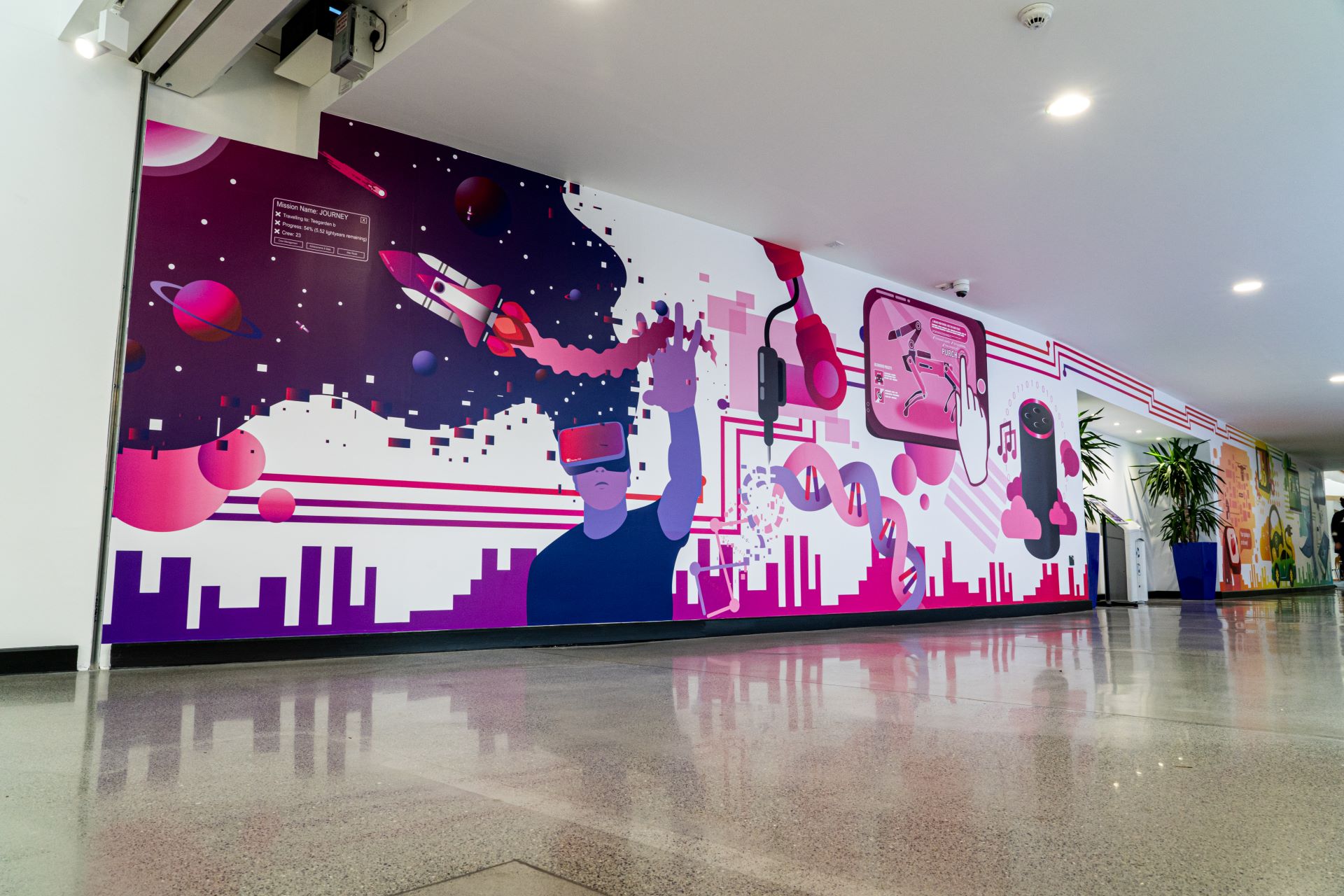 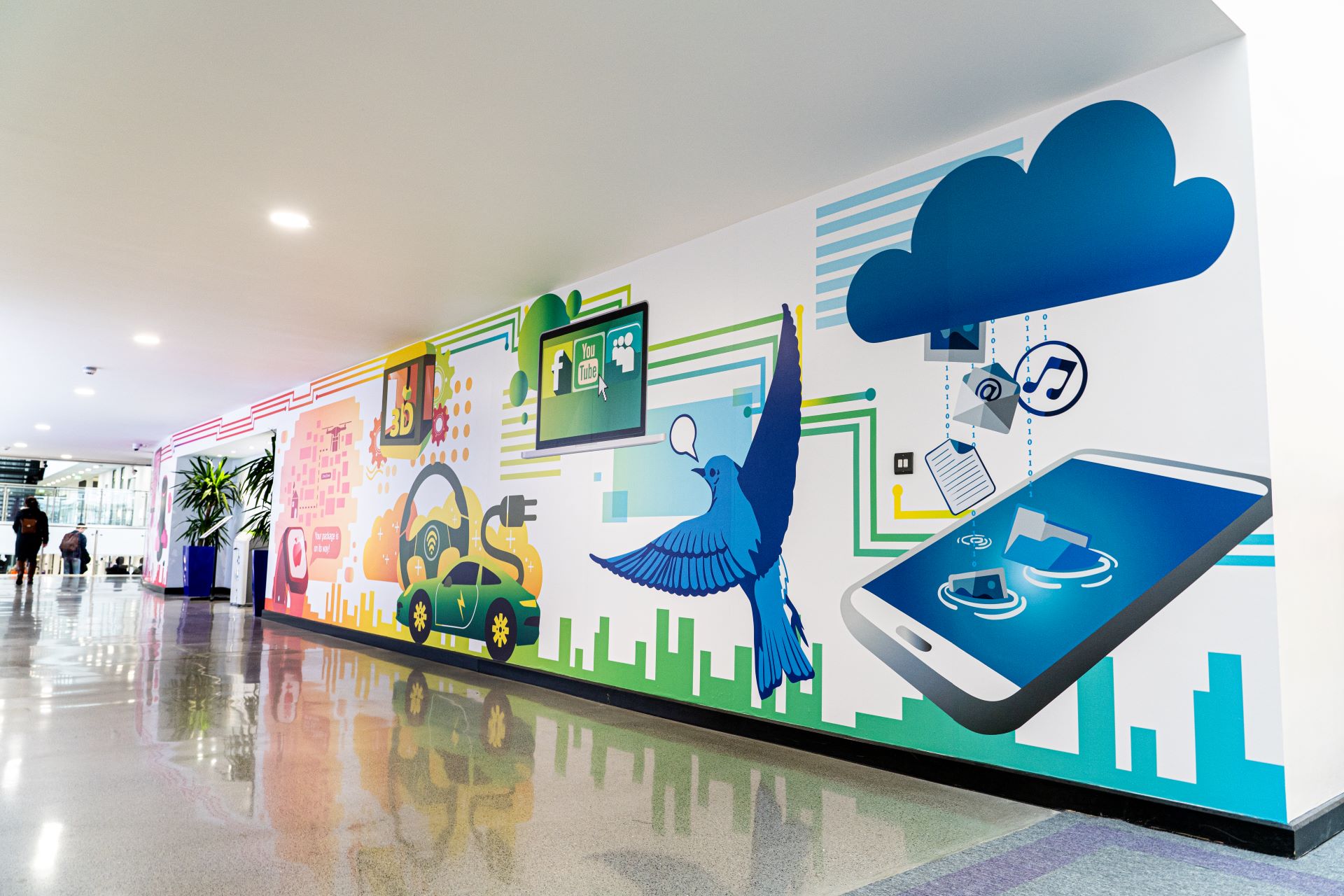 Hannah was asked how she came up with and created this design. She said: “The design process started somewhere completely different. I started with drawings of dinosaurs and used lots of textures in my early designs. I was also really inspired by an artist called Miss Led and I took forward the use of multiple colours in a rainbow format to symbolise the progression of time throughout the design. After moving on to researching technology and development, I then found the most pivotal points since 2006 in the world of tech and then set myself onto creating the elements. 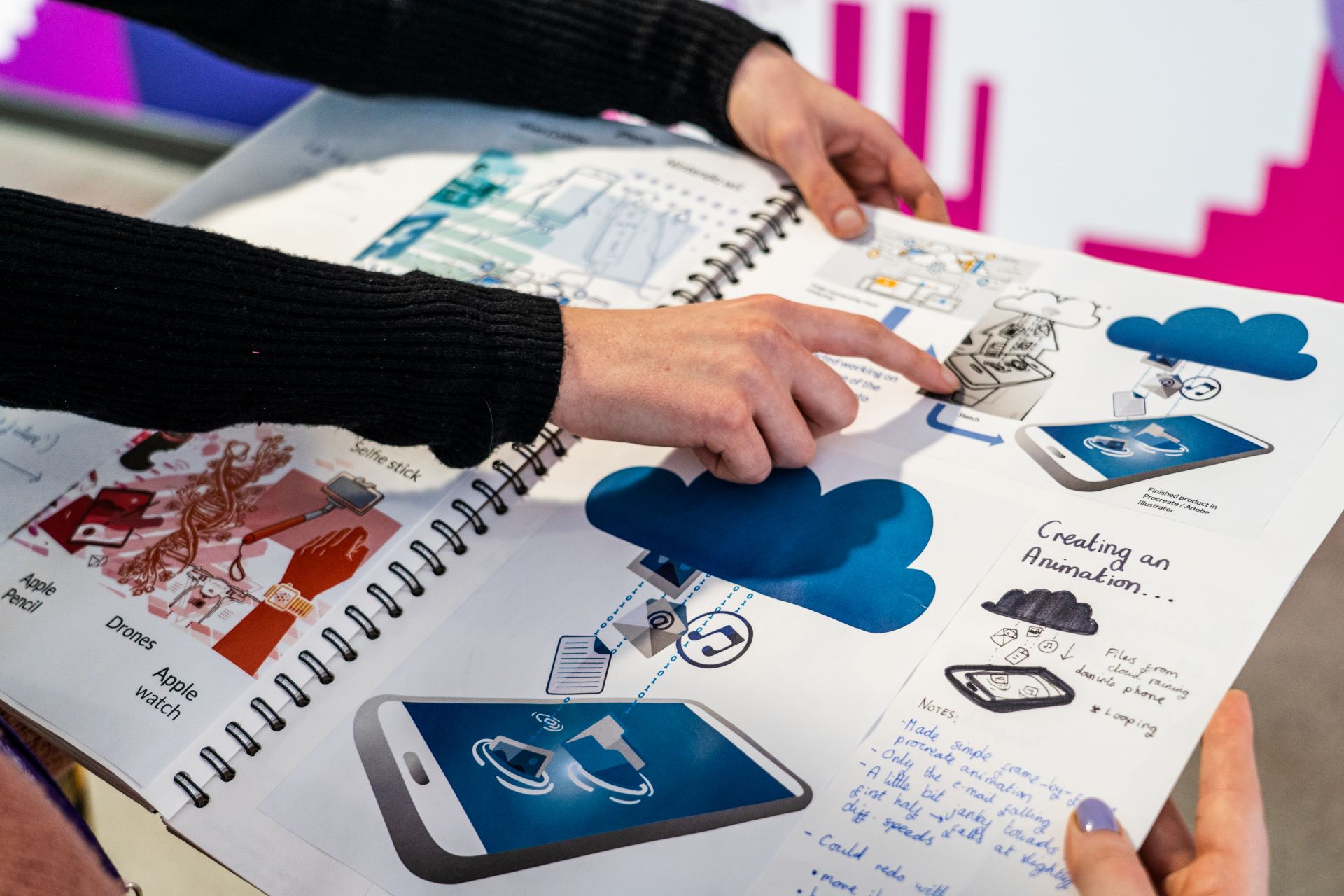 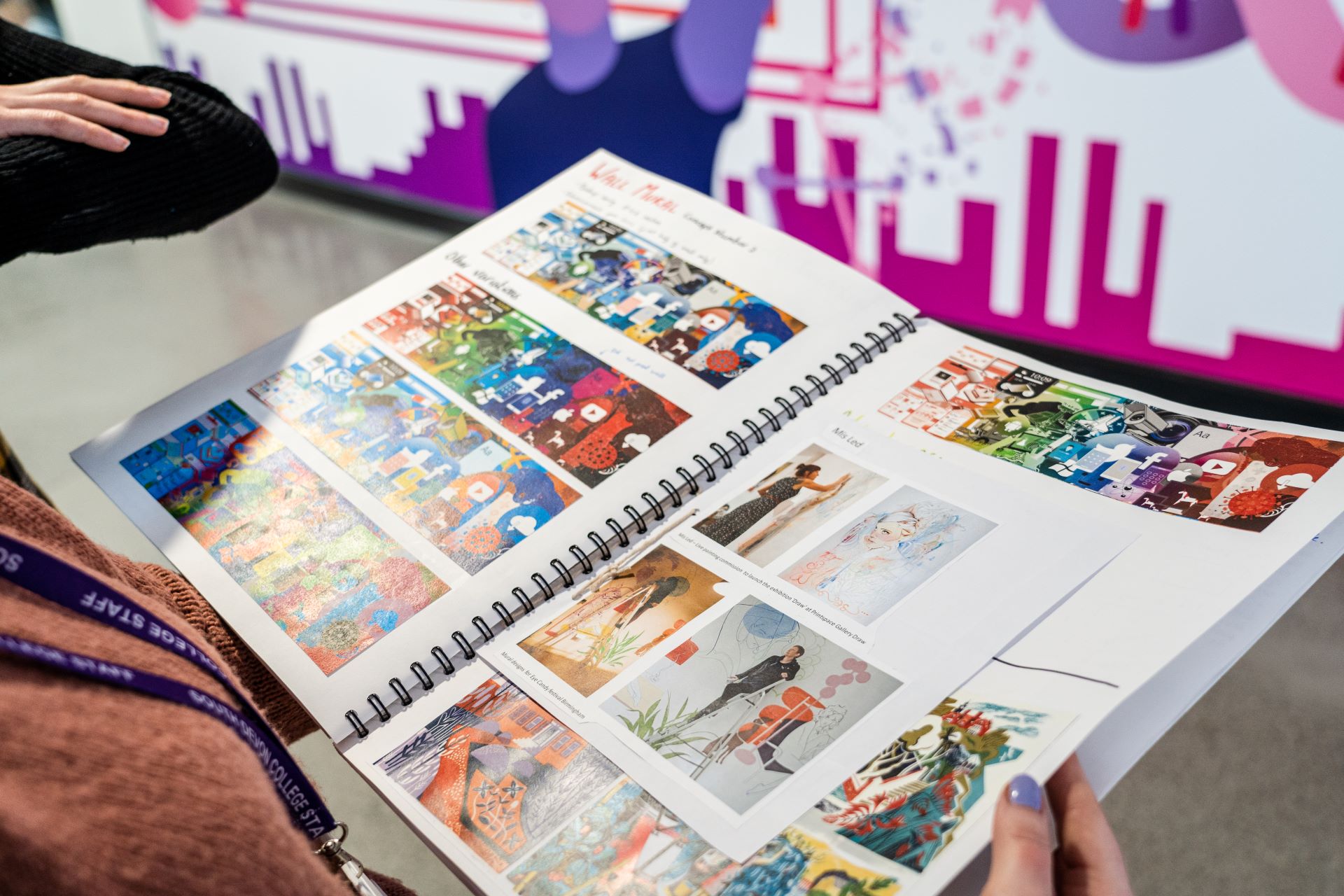 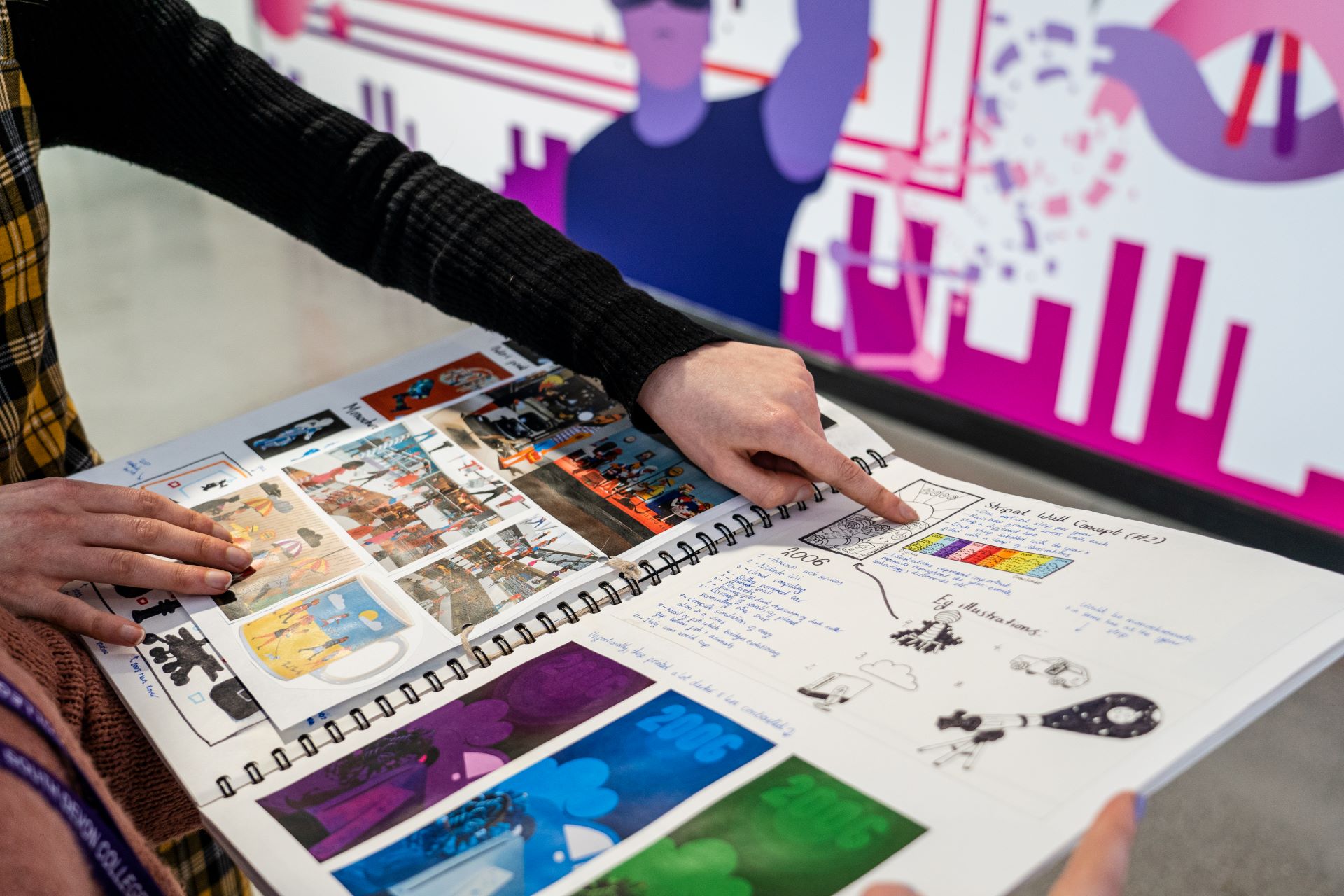 “The process was mostly digital, using Adobe Illustrator to create the design. However, elements such as the bird and the Alexa smart home speaker were designed in a different app called ProCreate which is available on iPad. I then converted these elements to a vector format on Illustrator so that there would be no loss in quality when printing at this size.” 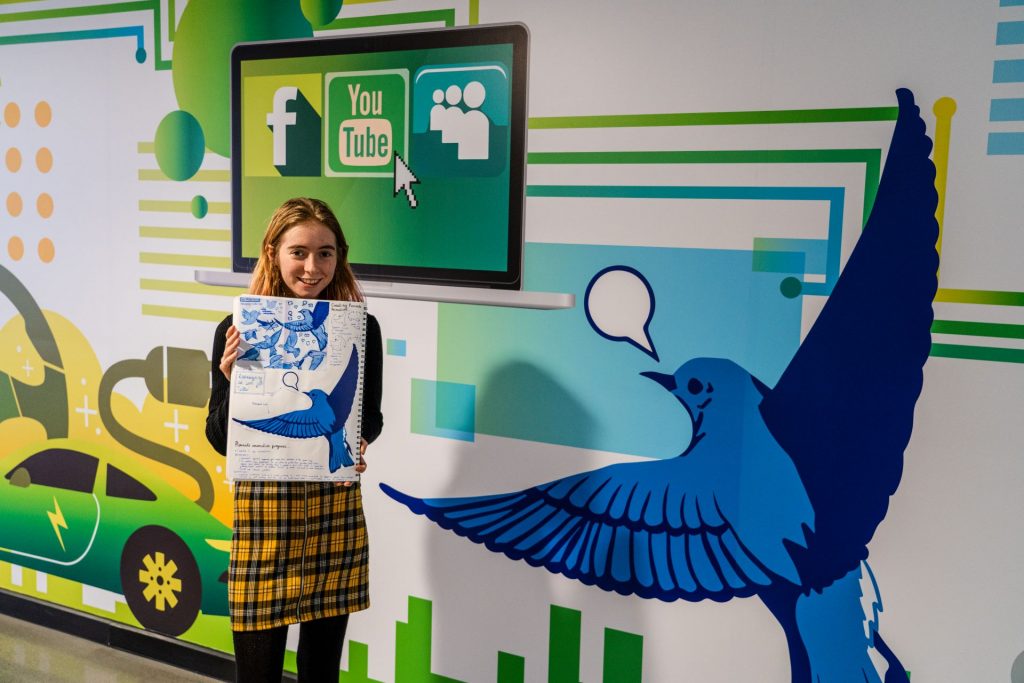 When asked how she felt about the design now that it is up in full size on the wall, she said: “I’m really glad it looks good at this size. You spend a lot of time working on separate areas on a computer screen much smaller than the wall it is now on that it is sometimes hard to see the full picture and imagine the impact it will have. But it is in an honour to have left my mark on South Devon College in this way.”

It’s safe to say, this splash of colour makes for a much more inspiring welcome into the Hi Tech & Digital Centre and will continue to do that for years to come for many generations. The College are proud of Hannah, thankful for her hard work she has put into this, and couldn’t be happier with the result.