Pav Szymanski is a very industry active lecturer in art and design at the College and has had many recent successes with pieces he has created.

As a well-recognised advocate of the Design Applied General Diploma that is delivered at the College in partnership with University of the Arts London (UAL),  Pav was invited to speak at an event run by UAL at Mary Ward House at the end of last year, 22nd November 2019. He focused on the preparation that South Devon College make with their students for controlled assessments and his experience and approach of the examination specs. 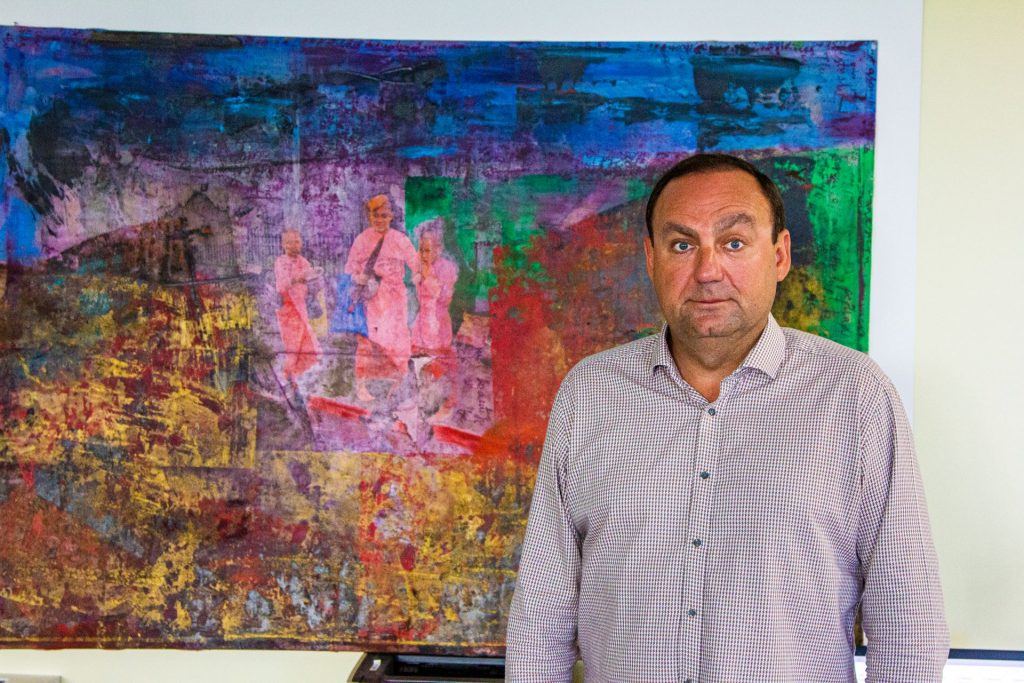 Pawel Szymanski in front of a recent painting he has completed.

After delivering an enjoyable presentation, shaping the minds and approaches of 180 people from a range of institutions across the country, Pav was invited to talk at another event two weeks after in Manchester on 6th December 2019.

Pav received many comments saying he was “absolutely outstanding” and that it “helped frame their thinking.”

It’s great recognition of South Devon College’s delivery of the programme and interpretation of the UAL’s philosophy to be given the opportunity to have such an influence on other institutions’ delivery.