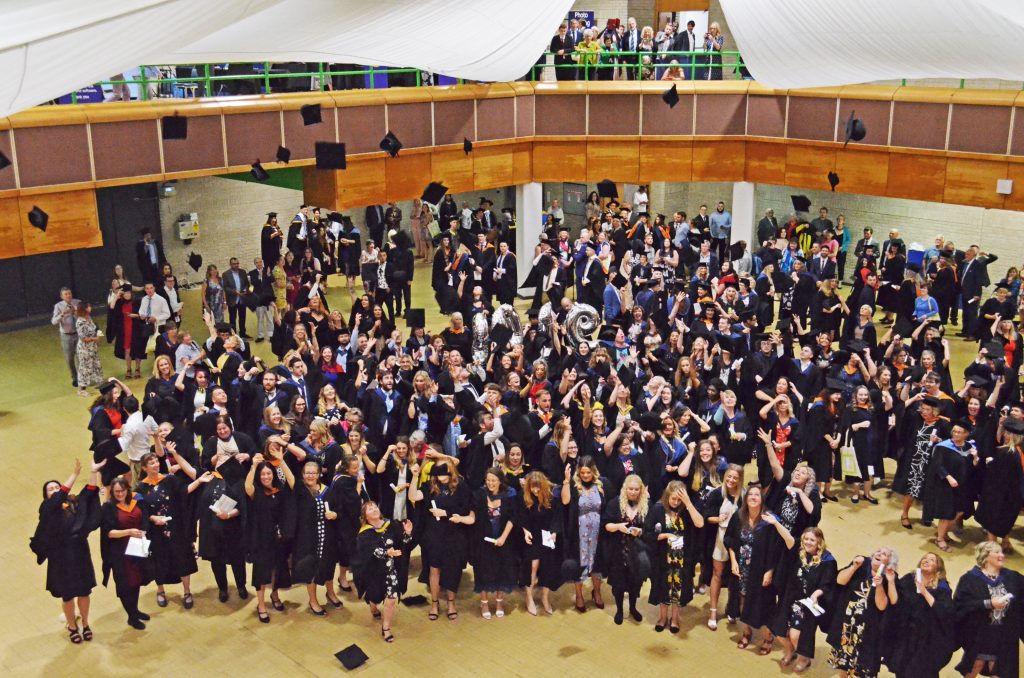 With record numbers this year of around 1200 people attending the ceremony in total, 269 of those being graduates, the atmosphere was electric.

Principal and CEO of South Devon College, Laurence Frewin, said: “It was incredibly exciting to celebrate alongside our hard-working students and staff, reflecting on the fantastic achievements that have happened over the last academic year. It was also a pleasure to be joined by representatives, Professor Julian Chaudbury and Julie Swain, from our valued partner, University of Plymouth. It fills me with pride to see the Higher Education provision grow and expand in line with our vision for the future of University Centre South Devon.” 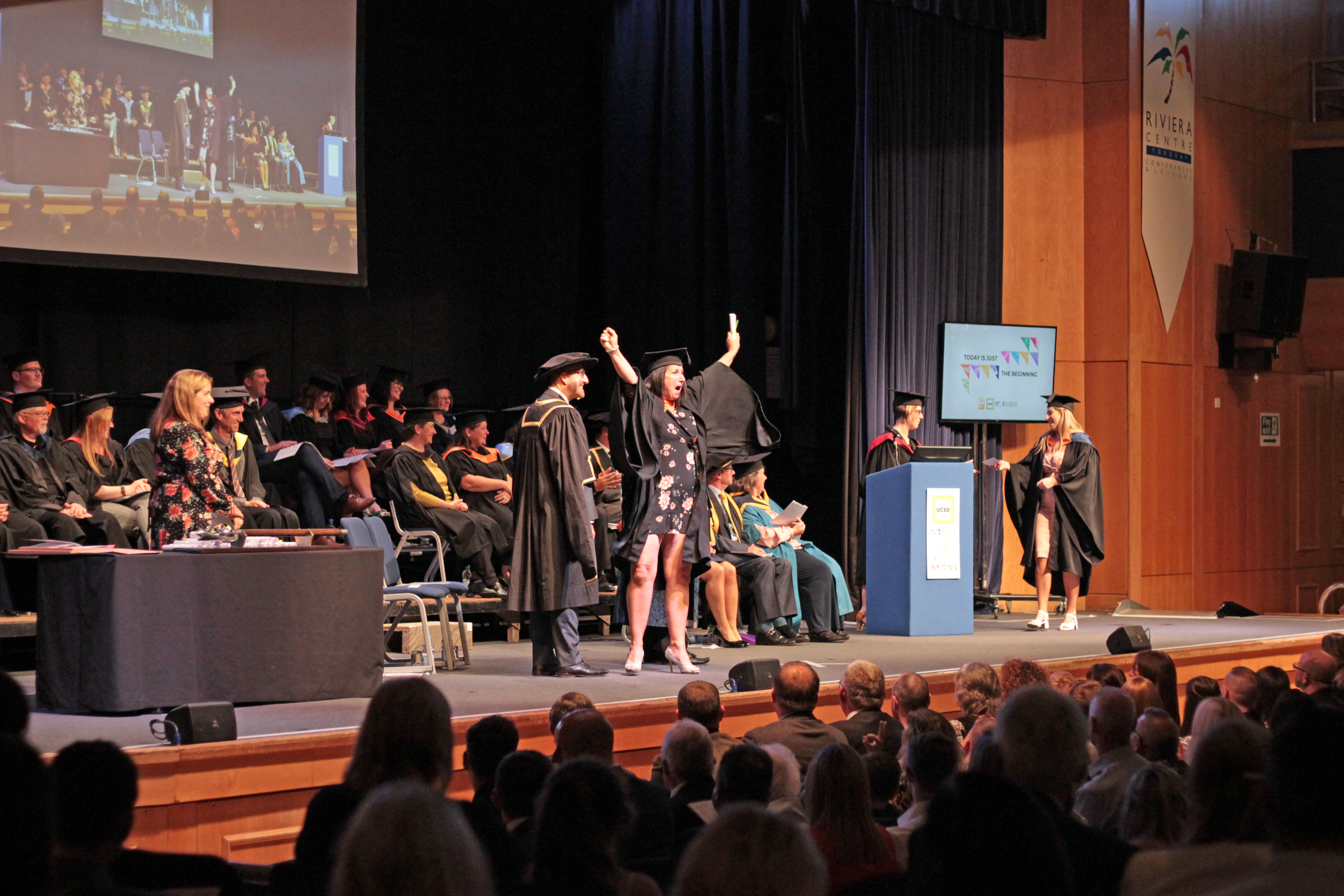 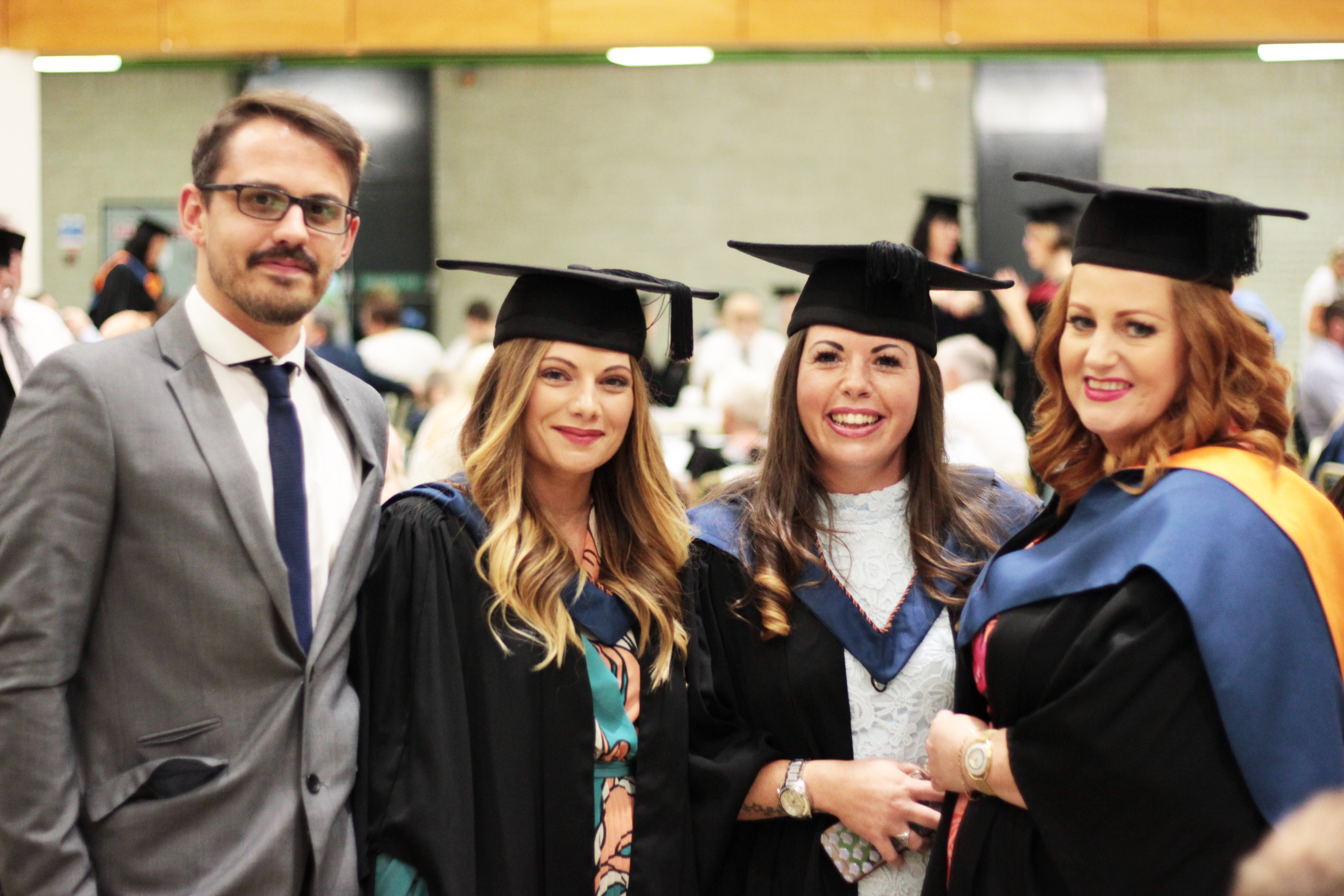 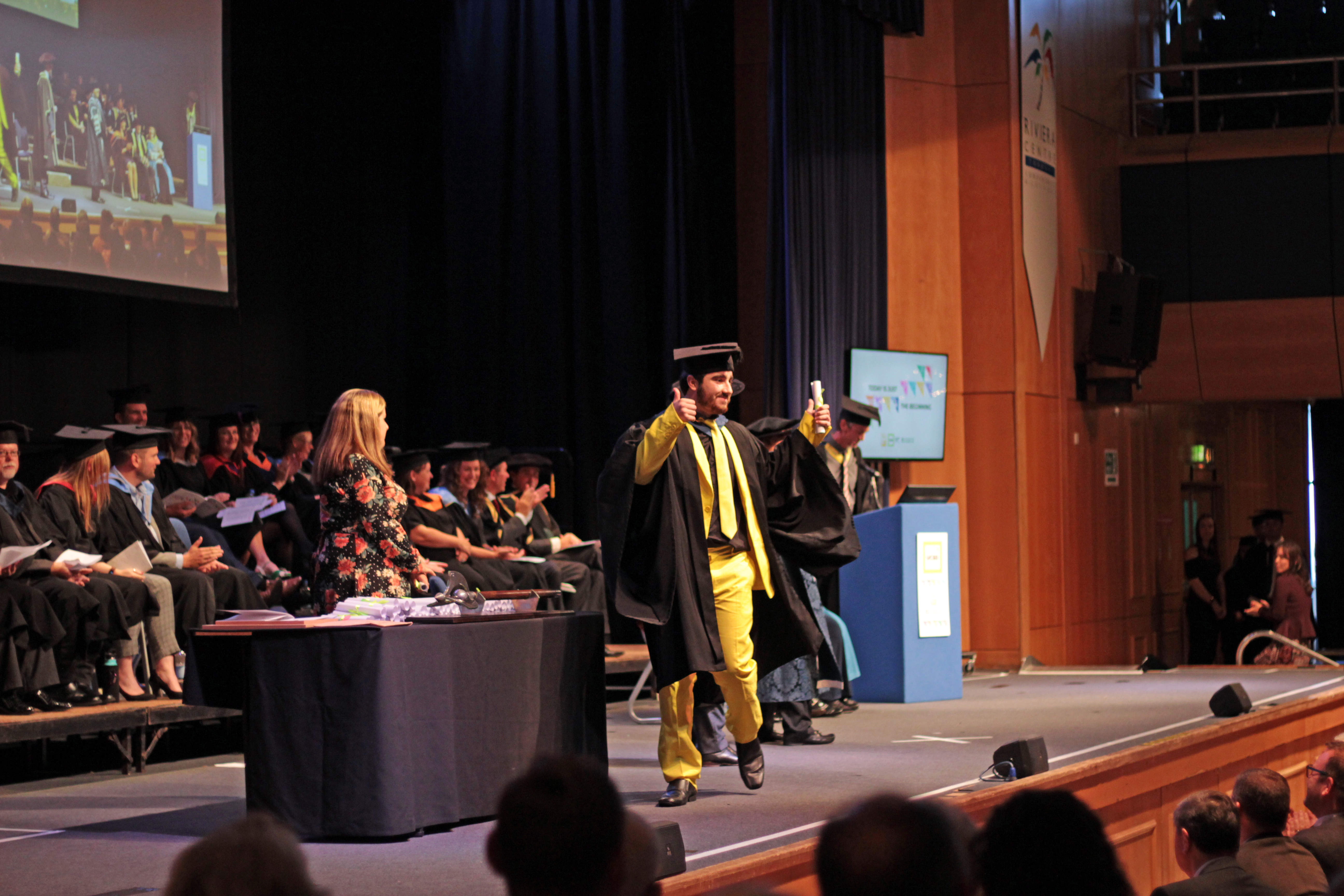 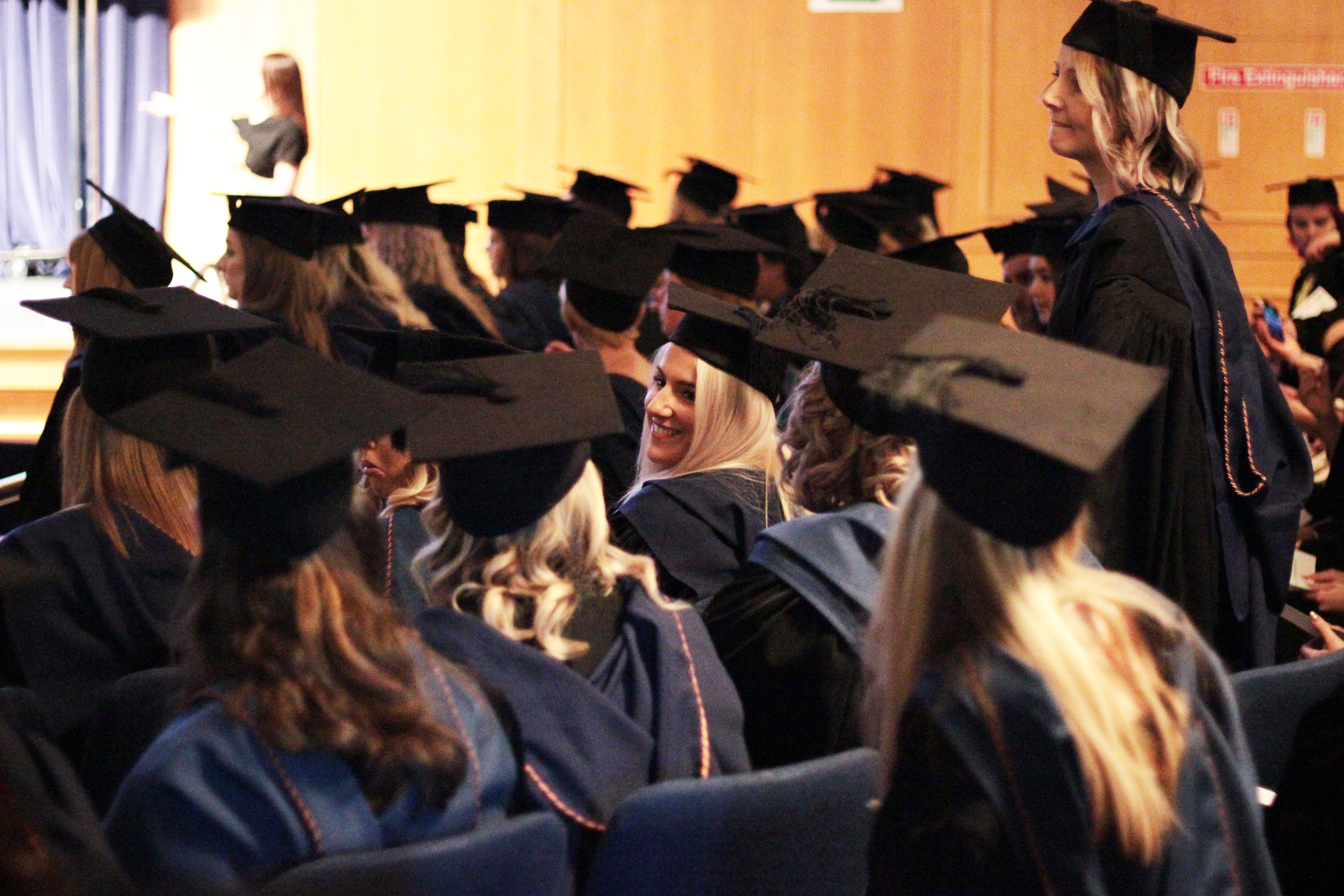 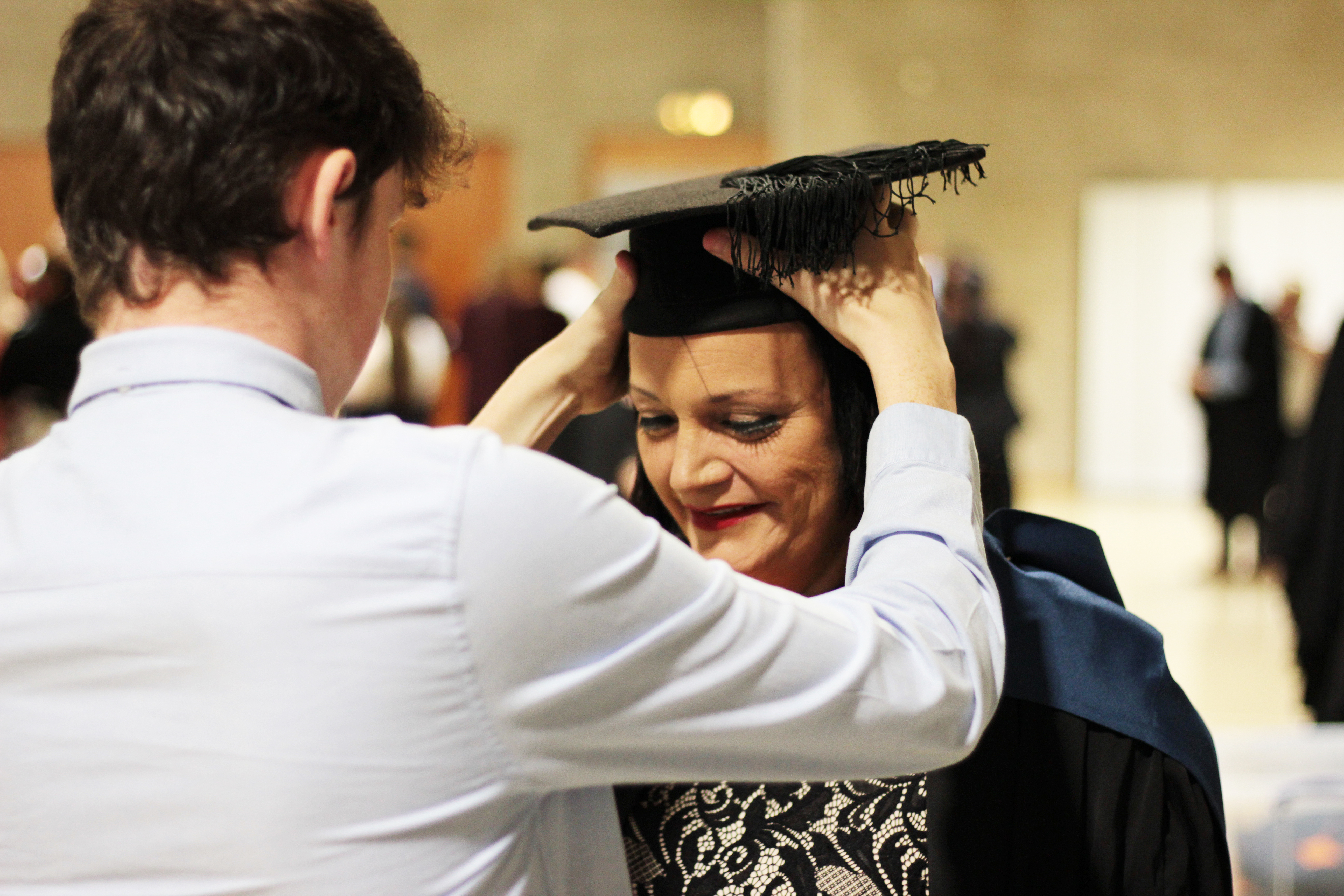 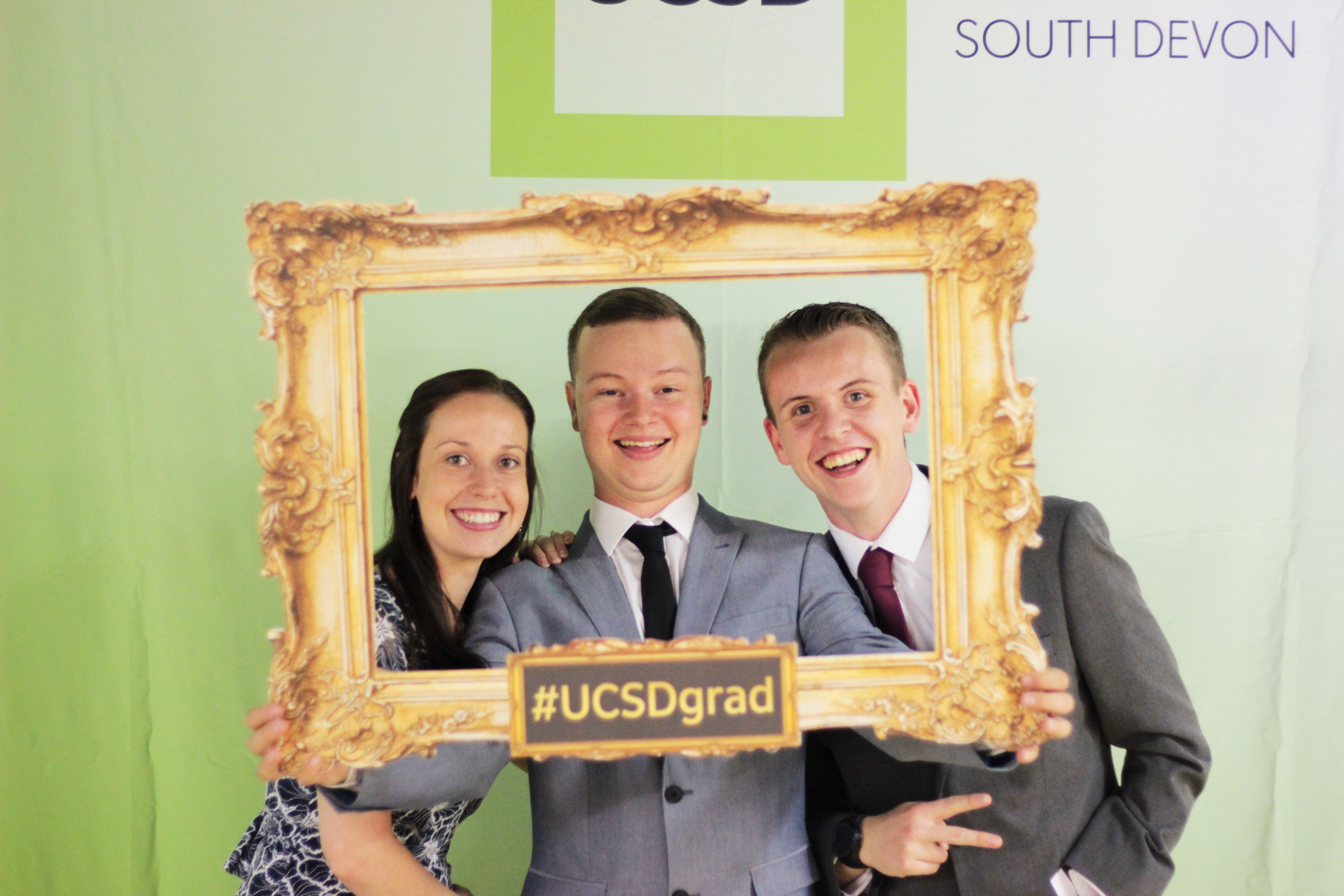 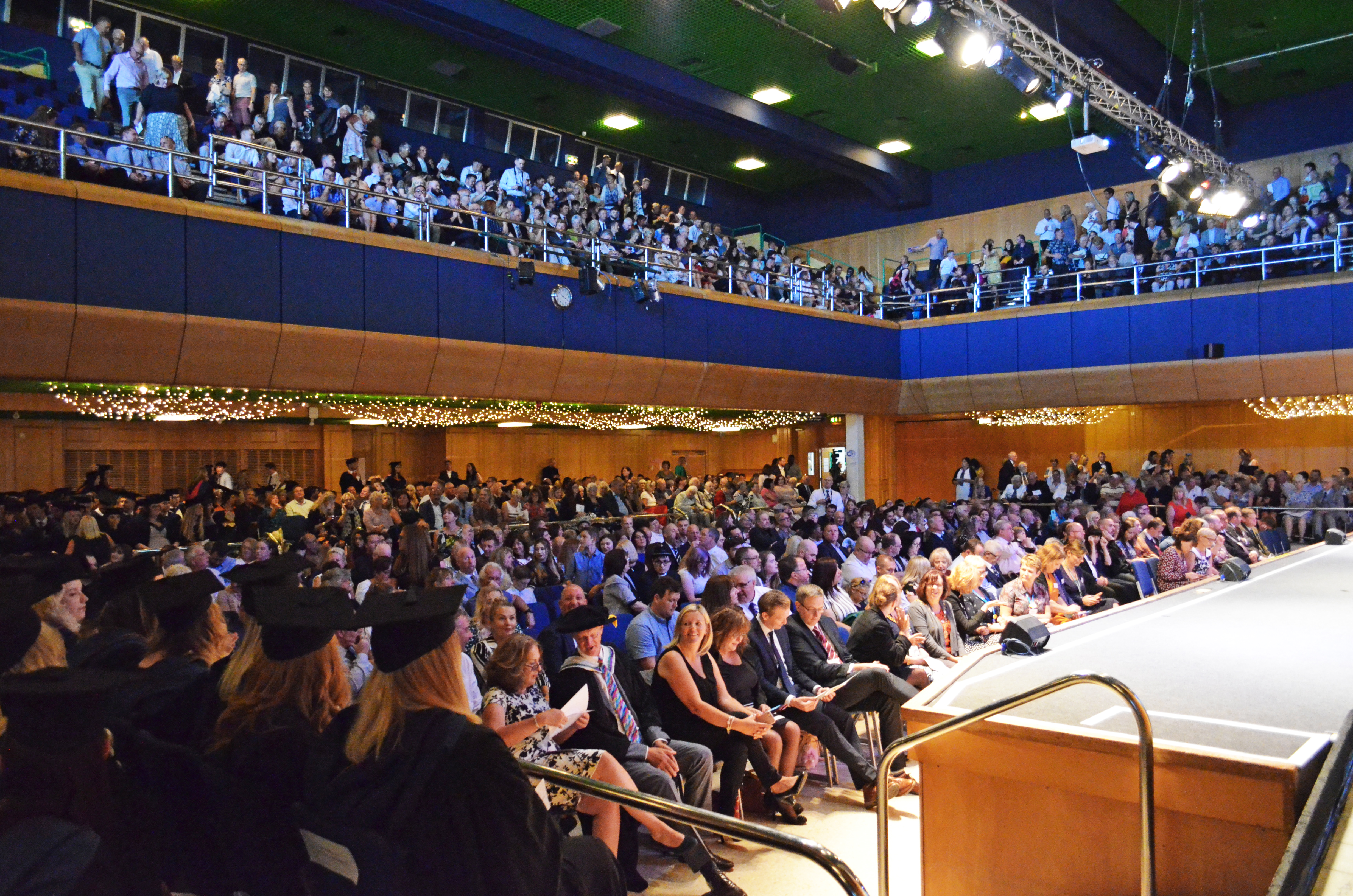 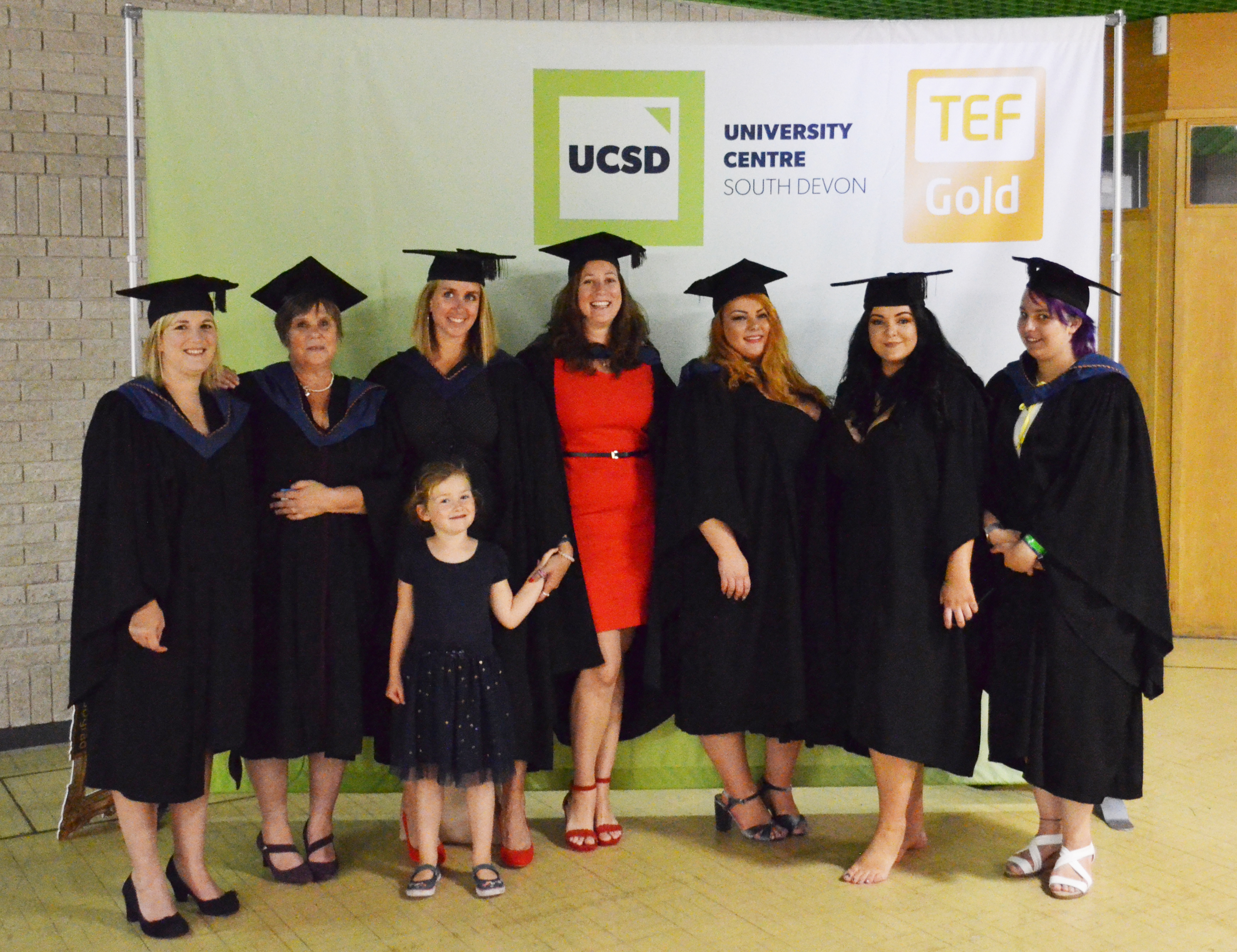 With the accreditation of Foundation Degree Awarding Powers in May, this was the last graduation ceremony before UCSD will start to see students being awarded foundation degrees that are written and approved solely by the College, continuing alongside those awarded by University of Plymouth.

As part of the ceremony, the College awarded its Inaugural Honourary Fellowship to its recently retired Principal and CEO, Stephen Criddle OBE. This was done in celebration of his work and commitment to South Devon College over the past 16 years, bringing the institution from financial despair to a thriving and essential part of the community that’s responsible for the upskilling and education of many thousands of students. 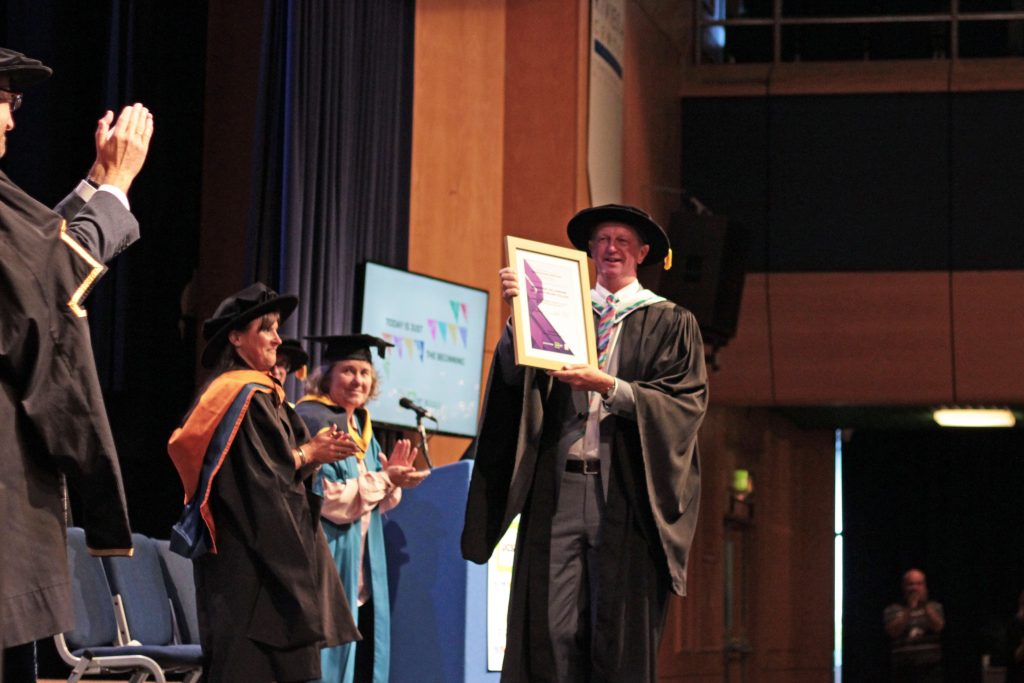 It was an especially emotional moment for two students that were honoured to accept awards from both UCSD and University of Plymouth (UoP).

Anna Somner, who completed her FdA History with English, was awarded the Employability Prize from UCSD. Over the course of two years on her foundation degree, she represented her classmates’ voices and opinions as Course Rep, worked part-time for the Nation Trust, was awarded her Associateship of the Museums Association where she contributed to online education packs for use in local schools, undertook a four week academic and cultural exchange in Shanghai Maritime University Summer School through the UoP where she explored China’s culture, history society and learnt some Mandarin too. Ahead of progressing to her BA (Hons) History at the University of Plymouth this year, Anna also secured a place on the Citizen Curators programme at the Royal Cornwall Museum where she will learn curatorial skills before curating two online exhibitions and supporting museum and conservation work.

Jamie Kennedy, who completed her BA (Hons) Education, Development, and Society, was awarded the Academic Partnership Prize from the UoP. The recipient commenced her studies at UCSD in 2016, determined to study the FdSc Criminology and Psychology programme. She was accepted onto the programme, having impressed the teaching team with her enthusiasm for learning and her obvious determination to succeed. Jamie confronted her studies with enthusiasm and a perseverance, even when she found it hard, facing significant personal trials and tribulations. Despite these challenges, Jamie continued to study, engage and pass modules. She successfully completed her foundation degree and went on to study the BA (Hons) Education, Development & Society, again with success. 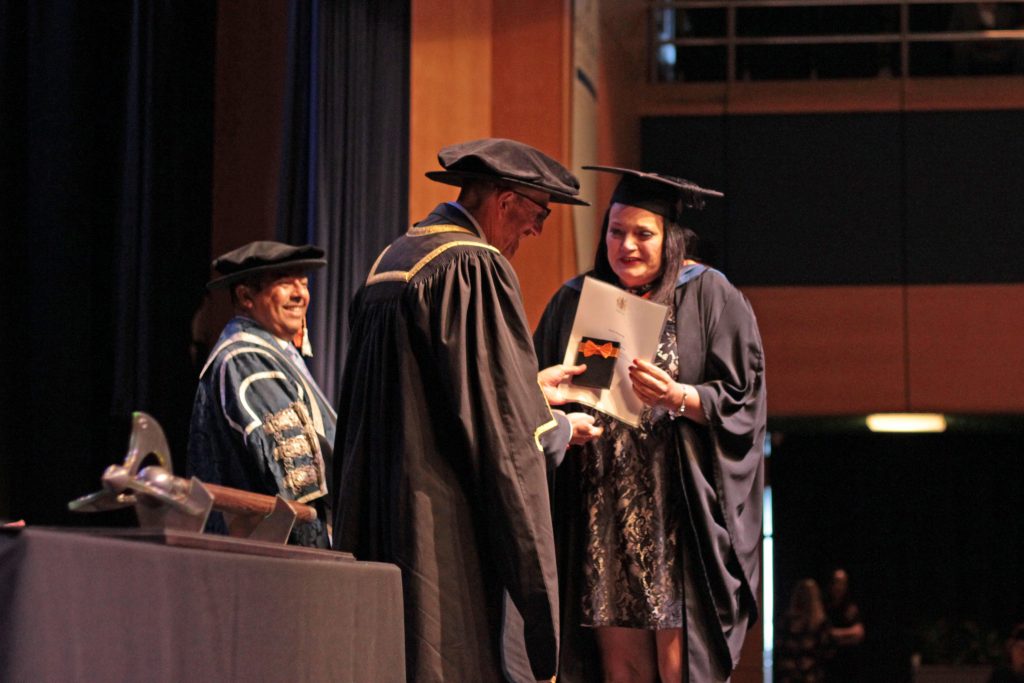 Incredibly, Jamie managed to volunteer with the local domestic violence service during her studies, approaching this with the same passion and drive as she had with her studies which has led to her to obtaining full time employment with the Torbay Domestic Abuse Service.

UCSD staff are extremely proud of her for her achievements. She is, and has been, an inspiration to all and is deserving of the honour and prize of the partnership award. 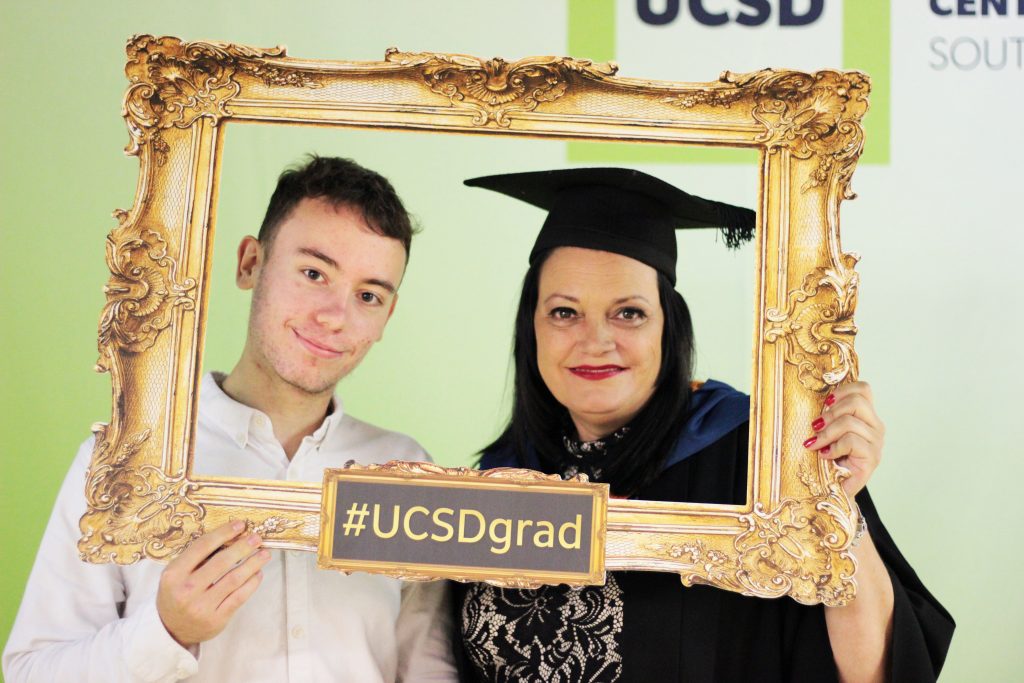 The day, signposting the significant milestone in all of the student’s lives, was full of tears or relief, laughter, and joy, as they look forward to the next part of their journey. For staff and tutors, it was an enjoyable reminder of what their hard work enables for so many people. The day has always been a great cause for celebration, year after year, and 2019’s ceremony was no different.

If you’re interested in studying a degree with University Centre South Devon, you can visit sdcdev, email [email protected], or call 08000 21 31 81.