Home » News » All News » #TechTuesday: 5G and Why It Will Change Everything 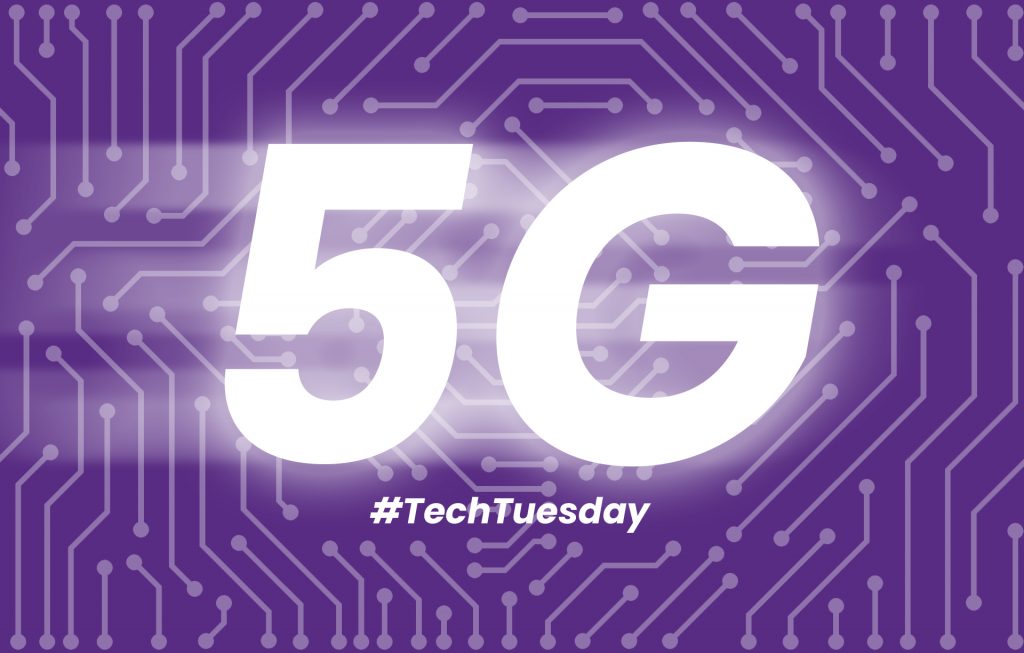 That is for you to decide but it’s inevitable that if you’re already using 4G, you’re going to eventually be using 5G sooner or later. You may be thinking that 4G is fine for what you need it for. But 5G isn’t just about speed. Even though it’s expected to be 40 times faster than standard 4G, there are a much wider range of benefits and possibilities thanks to the network stability and speed that 5G claims to have.

Everything is becoming ‘smart’, with the past 10 years seeing more intelligent technology welcomed into the average household. Anything from fridges to speakers can now be integrated into your connected lifestyle. But 5G brings the opportunity to form connections outside your household and in the community that we have only ever thought would stay in science-fiction movies.

What benefits will 5G make possible?

A significant example of this is autonomous vehicles. There’s been incredible developments in this area for many years now. However, the obstacle in its way was connectivity, having constant connection to the internet and other vehicles. Autonomous vehicles need a way to talk to each other to avoid collisions and follow the rules of the road, exactly how humans driving vehicles can communicate to each other with hand signals and different lights on the car. With 5G, they can do just that. It boasts much lower latency times of sending and receiving commands, which means a much safer experience using these vehicles. It makes the concept of autonomous vehicles driving on our roads a more viable reality in the next 10 years. It’s still yet to be seen how much this then impacts the network for people using personal devices to use the internet. But it will probably take many years for people to adopt autonomous cars into their lives so if there is going to be any impact on the network, we would probably have developed the next generation of mobile connectivity by the time it starts using too much of the network’s resources.

As well as this, remote controlling of a wide range of technologies is possible with 5G. It brings the ability to remotely control robots, drones and even whole factories in real time from around the world which will revolutionise the industry. Surgeons can even work from across the world to perform surgery remotely on patients. When it comes to this, your imagination is truly the limit. The possibilities have already been proven when an excavator was remotely controlled from the other side of the world in a 5G trial, while 5G is also already effectively being used in health and social care trials.

The more instant and most used benefits of 5G will be the speed and a lot more than you’re used to. Even the best home Wi-Fi systems will not be able to compete with 5G. With download speeds in its early days proved to be achieving over 1Gb/s and then potentially going up to 10Gb/s, it would grant instant access to almost anything you can consume on a mobile device. You will be able to stream 4K content without buffering and even download a whole movie in seconds. There’ll be big leaps forward in the depth of content that can be used in virtual and augmented reality applications as the processing could be done remotely rather than doing the processing locally on the device. With the fairly recent capability of broadcasting live from phones on Facebook, 5G would make massive improvements to the quality of broadcasts and even provides the possibility of completely overhauling the way live television is broadcast in the country using a 5G internet connection rather than aerial or satellite.

Some examples may be speculation and not come to life. But the reality is that 5G has the potential to deliver on things we haven’t even thought of yet so no suggestion is considered unrealistic at this point.

When is it coming?

The good news is that network providers are expecting to launch 5G this year and EE and Vodafone already have! But it’s only in main cities around the country so probably going to be looking at 2020 being the year that it is more widely accessible across the country. However, with not much confirmed so far, Torbay could be waiting until 2021. Below is a table of the networks that have announced their 5G support and where it is being rolled out to by the end of this year.

How does it work?

5G will have greater capacity than ever before because it accesses more of the spectrum and at higher frequencies – most notably millimetre wave, which is the band of spectrum between 30Ghz and 300Ghz; compared to the current frequency of 4G which maxes out at 2.6Ghz. This means that networks will be able to handle numerous high-demand applications all at once. It also means that 5G could even deliver a fibre-like experience for fixed wireless access applications, with some operators considering 5G for serving broadband customers, especially in areas that are difficult to reach with fibre or traditional fixed-line infrastructure.

Naturally with higher frequencies, the range is not as far as lower frequencies and can be blocked more easily when line of sight with the transmitter is broken. Meaning the current infrastructure in place already won’t support this generation of mobile internet. The solution to this is to increase the number of transmitters, but a new compact version, which will be suitable to mount on lampposts and buildings to keep areas covered with blazing fast 5G connectivity.

But the advantage of higher frequencies against lower ones is that the waves are much more directional to devices receiving the connection. This means much less energy is wasted in spaces where there are no devices using the network and there is a much lower possible latency, at one millisecond between sending and receiving commands online. Because of this, it is possible for 5G to support one million connections per square kilometer, which divided down would equal 1,000 connections per square metre. Nothing is said about the speed impact of having that many connections in one place but the question really should be: will there ever be a day where there are more than 1,000 connections in a square metre? It’s a bold way to futureproof this next generation of mobile network and reassuring that 5G won’t be going obsolete any time soon.

Are there any drawbacks?

As just mentioned, the development work that will be required to get this infrastructure in place may cause some inconvenience. But the biggest drawback for you is going to be the cost. Only a select amount of new phones sold in the UK support 5G which will mean you will most likely have to drop another three of four figure amount for a phone that does support 5G when it launches in our area. Chances are for those on a contract that you will probably be upgrading to a device that supports it eventually anyway but anyone that buys their phones outright will feel the pain.

It’s still yet to be seen how 5G will be incorporated in rural areas as there’s not even full coverage across the whole country with 4G or 3G even in some cases. With 5G bringing a lot of benefits to a wide range of industries, farming would see many uses from having 5G connectivity. But that’s only if the infrastructure is built in a way that they can access it.

There is also speculation about data privacy and also biological health effects of this technology. On the health side of things, there hasn’t been any evidence that any generation of mobile connectivity has been the cause of any health issues and the same goes for 5G. What worries people is the higher frequencies that 5G operates on. However, it’s worth noting that UV rays that the sun emits on a regular basis are at a much higher frequency ranging anywhere from 3THz-30PHz, compared to the maximum 300GHz that 5G may operate on in your area. As a result, experts believe there is nothing to worry about.

With data privacy, this is something that understandably causes concern. Having a system that allows more connections between more devices would surely start to impact the security of your personal data. The possibility is there however, the experts behind it are already aware of the possible exploits this could have for marketing and other purposes and are on the case with making sure the system doesn’t allow companies and other systems to cross the line.

Should we be excited?

5G boasts an infinite amount of uses and benefits along with incredible speed and stability. It’s not simply a new generation of our mobile networks that means we don’t wait as long for our news feeds to refresh. It’s going to bring about massive changes to the community, the industry, the economy, how we consume content and many more changes we don’t even know yet.

Wireless technologies in general bring enormous benefits, and being over-cautious with 5G would potentially deny an extension of these benefits to communities that need them.

It may be a bit early to get excited if you aren’t in one of the cities listed above to have 5G rolled out to first. But the possibilities are as great as they are endless, and that is something to be very excited about.

You could be learning about 5G and making products that take full advantage at the Hi Tech & Digital Centre which is due to open in September 2019. We look forward to seeing you there!

For more information about the Hi Tech & Digital Centre and what courses will be delivered there, email [email protected] or call 08000 380 123.

The Hi Tech & Digital Centre (HTDC) combines £8.3m from the Heart of the South West LEP’s Growth Deal funding from the Heart of the South West LEP, as well as funding support from European Regional Development Fund, Higher Education Funding Council for England, Garfield Weston Foundation, Torbay Council, South Devon College and private sector investment. It will be a flagship facility, alongside other Institutes of Technology developments in the country.