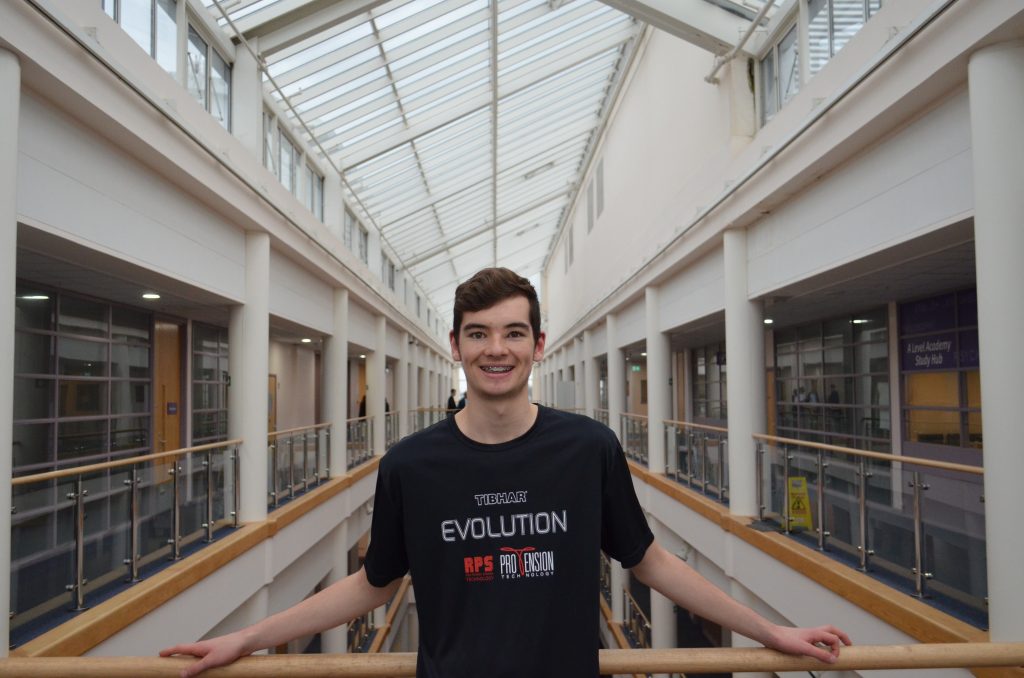 A current Level 3 Sport and Exercise Science student at the College, Curtis will head to Nottingham University for the AoC National Championships in April 2019 to compete against the very best of national talent across the sport – this capping a remarkable rise to success in the game given he only started playing table tennis a few years ago.

A love for table tennis runs through his family with Curtis’ brother previously gaining a scholarship in the sport, as well as being member of the Newton Abbot Table Tennis Club. It was from supporting his brother at the club when Curtis’ own talent was spotted.

Encouraged by the coaches and fellow players to further pursue the sport, Curtis quickly joined the club and before he knew it was competing against players from across the local area in Division 2 of the South Devon and Torbay league.

The sport has since taken Curtis on many exciting adventures, back in 2016 he travelled to Dusseldorf, Germany to participate in the Andro Open, competing against the highest level of European youths. This was then followed by his great recent performances at the South Gloucester and Stroud (SGS) College tournament held at the WISE campus earlier in December this year, with Curtis finishing amongst the top four players and earning the invitation to next year’s national championships.

An excited Curtis said, “I’m looking forward to the nationals next year but know it’ll be tough. It’s been great to compete against lots of top players in preparation for the finals and I’m pleased to represent everyone here at South Devon College.

I only joined the College at the start of this year but I’m really enjoying the course. It allows you to pursue any passion you may have for sports and there’s a healthy mixture of both practical and fitness assessments, not to mention the coaching side of sport as well”.

Aiming to go as far as possible within the sport, Curtis also has plans to one day become a qualified table tennis coach and personal trainer. The sports department at the College wishes Curtis all the best for next year’s tournament – bring home the trophy!

To find out more about wide variety of courses the College offers from apprenticeships to full-time courses or university degrees, visit our next Open Evening on Thursday 24th January 2019, 4pm-7pm at the Vantage Point Campus, Long Road, Paignton, TQ4 7EJ. Alternatively, you can call our Helpzone team on 08000 380 123 or email [email protected]