‘Training to Be Human’ was a completely original script developed by Lecturer Kelly Bryant and written by Phil Jon and Ben Channon. It was a unique and experimental approach to theatre. This approach is very popular in cities such as London and Bristol and still is relatively new to areas like Devon. Immersive Theatre companies such as Secret Cinema and Punch Drunk are outselling West End shows. It’s important that Devon is not left behind with this new form of entertainment. 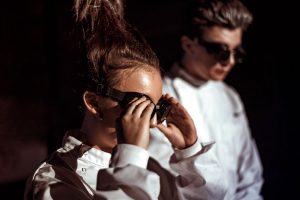 The students were keen to make use of the Old Paignton Picture House and breathe life into Paignton’s heritage.

The audience were aliens from the Planet Aurora Veritas. Planet Earth contacted the aliens to warn that very soon their planet would be dying, and very soon approaching solar flares will destroy all existence on the planet.  Human Kind offer refuge on Planet Earth, but there is on one condition. The aliens must take part in a course that will train them on how to be human.

Before attending the performance, the audience were guided to a website where they were shown the background story and learn of their species of alien. The audience were also given costumes and passports on arrival. The performance consisted of lessons portrayed through the medium of dance, performance, interactive media, live music, video mapping and projections. 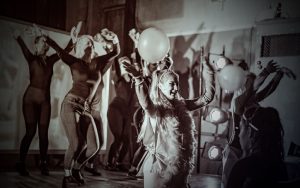 The performance was a great work experience opportunity for the students, providing an insight into industry work and collaboration with a range of specialisms. The cast and crew were also interviewed and filmed by BBC Spotlight for a special report. 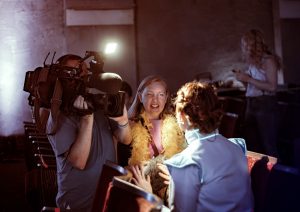 Work has started on the construction of the much anticipated Hi-Tech and Digital Centre at South Devon College, on Long Road, Paignton. The £17m leading edge project will provide a visionary centre for education and training to support the growing hi-tech manufacturing, digital and creative sectors in Torbay and surrounding area. Due to open in September 2019 the Centre will provide a new location for the already thriving departments at the College.

You can view more images here