Richard Bradley, student at South Devon College, is blown away to have become the NICEIC and ELECSA Electrical Apprentice of the Year. Having been put up against seven other finalists in early June, Richard proved his worth and came out with gold. Not literally, but he finished in 1st place and received a fair few prizes for doing so; a new iPad, goody bag, and a £2000 holiday voucher. 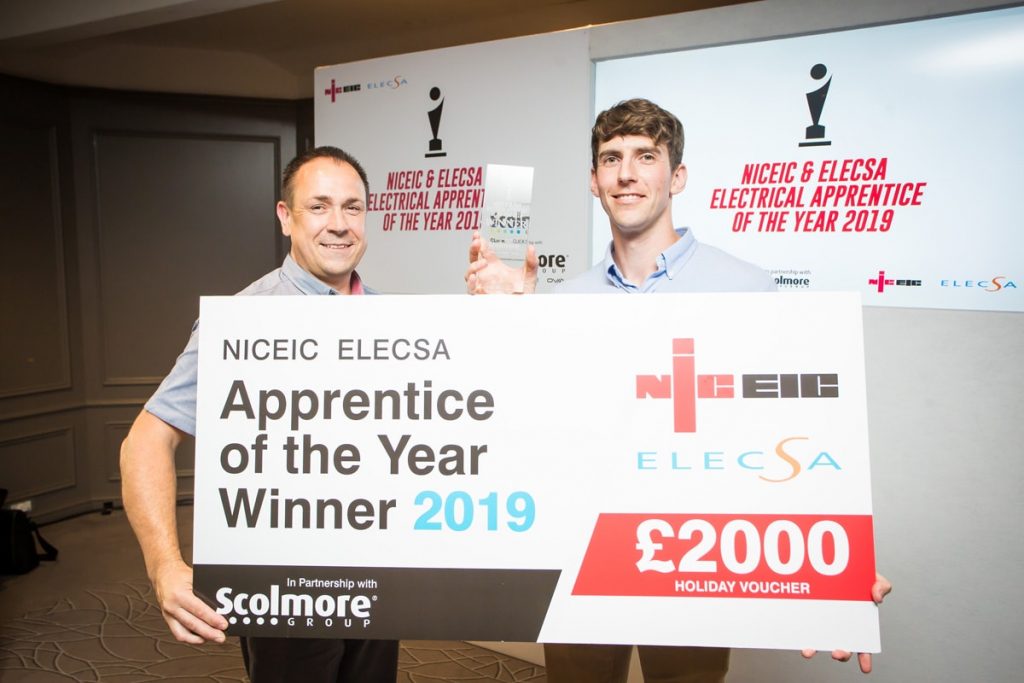 To become the Apprentice of the Year, Richard had to thrive in the following three stages:

Richard was announced the winner of the NICEIC and ELECSA Electrical Apprentice of the Year at the awards ceremony on the same evening. 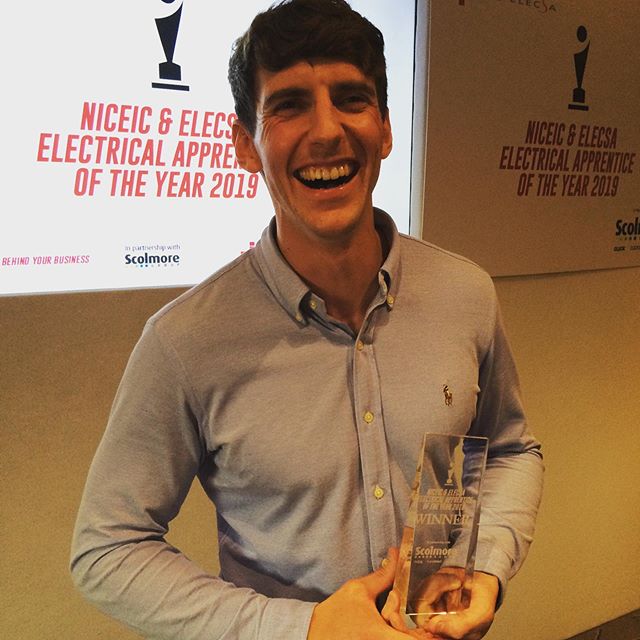 South Devon College also benefited from Richard’s victory with a prize of £1000 worth of products from the competition’s official partner, Scolmore Group. Richard Bradley, originally from Southport, Merseyside, was crowned winner of the 2019 NICEIC and ELECSA Electrical Apprentice of the Year competition earlier this summer.  The 31-year old former marine was one of eight competitors to reach the Grand Final which was held at Scolmore Group’s head office in the Midlands.

Simon Brown, Trainer Facilitator for Electrical Installation at South Devon College, was delighted to receive a recent visit from Scolmore sales manager, Matt Cooves, who arrived at the college laden with products from the company’s vast electrical accessories ranges.

Commenting on Richard’s achievement, Simon Brown says:  “Richard’s success as apprentice of the year was a result of his attention to detail, hard work, and dedication to his trade. Richard spent a lot of extra time practicing, honing his skills, and improving his techniques, even after completing the tasks that were set by us. His constant self-improvement, and motivation moved Richard from strength to strength and these traits are an important aspect of being an electrician, or in any trade for that matter. At South Devon College, we aim to bring out the best qualities in our students and will always encourage committed and dedicated individuals to improve on a wide range of skills. I would like to thank Richard for his hard work and wish him every success in the future.

“I would also like to thank Scolmore for their very generous prize. The products they have provided – switches, sockets, cable ties and sealants to name a few – will make a valuable addition to the resources we need to train our electrical students.”

Congratulations Richard. Not only did you prove your skills and boost your professional profile, but you also supported the College in the process with this prize. So, a massive thank-you for your efforts is also well deserved.